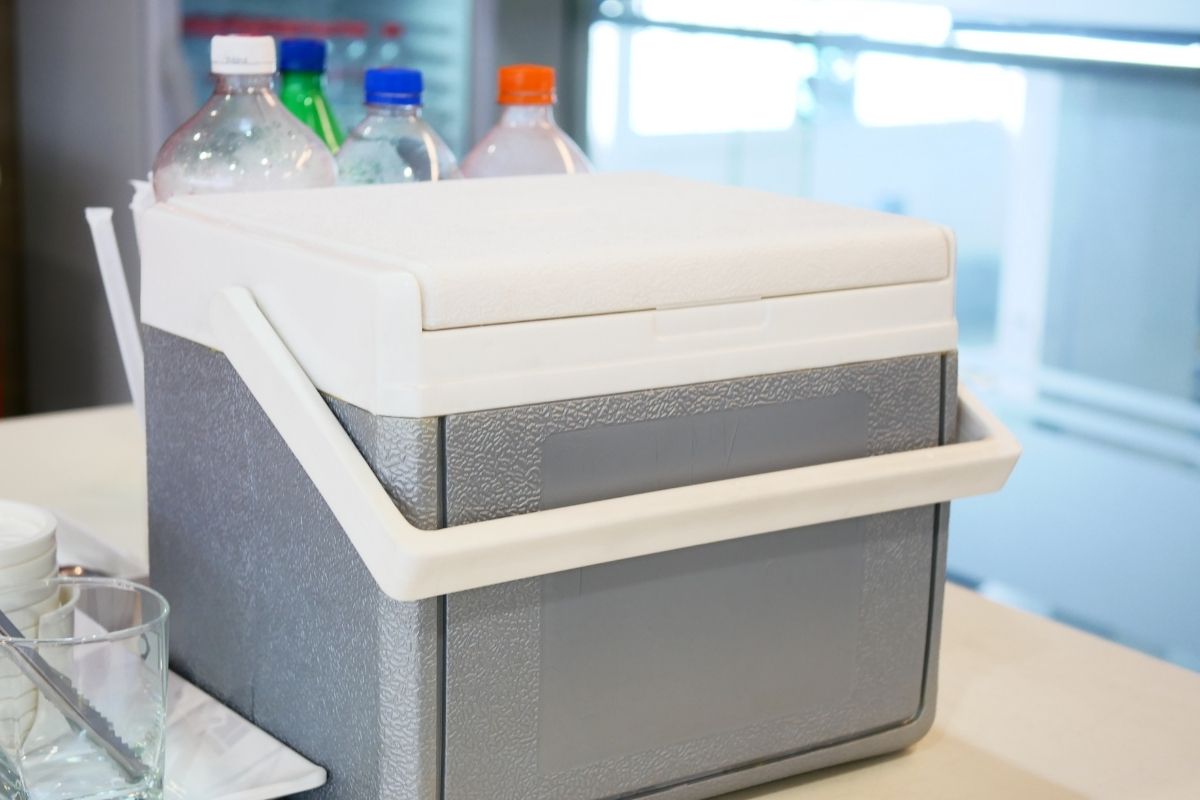 There is no doubt that Yeti coolers are outstanding pieces of equipment to own, but the heavy price tag that goes along with the brand can leave you wondering if the outlay is worth it. After all, unless you go camping regularly in bear country surrounded by brand-conscious friends, plenty of other brands offer similar coolers at a fraction of the price that will do the job admirably.

Many of these similar coolers are made in the USA and have better warranties than Yeti.

If you are intent on purchasing a Yeti cooler, then there is no doubt that it is a solid investment. However, if you just need to get the job done, several brands offer similar features and even exceed the performance of a Yeti in some respects. Let’s check out some other brands and models.

Related to: 14 Different Types of Coolers

Yeti coolers are a premium brand that other campers and hikers will definitely notice, but if the status symbol is not the main feature that you are interested in, then there are plenty of similar cooler alternatives available.

Before we start looking at coolers similar to Yeti, let’s set the benchmark to know what features we need to look at. The type of traveler, camper, hiker you might be will dictate what features are most important to you in a cooler.

Yeti coolers have an excellent reputation for the following reasons:

See also  What are the 3 Types of Hiking Boots?

So, if you are considering what type of cooler to buy, and you aren’t sure that a Yeti cooler is worth the price tag, let’s take a look at some options that offer similar features. 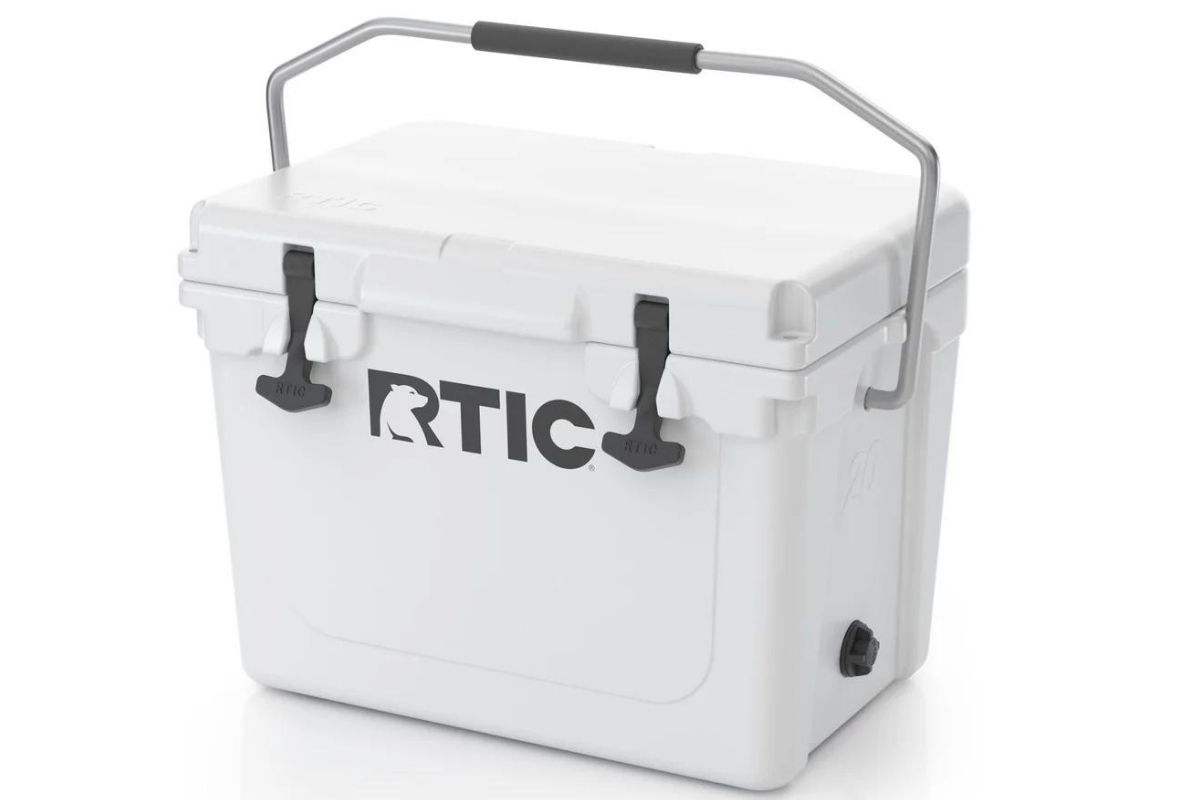 RTIC are almost identical to Yeti coolers except for the branding on the front. They are, in fact, so similar that it is nearly impossible to tell them apart, and they are like matching twins. The only real difference is the cost, with RTIC being considerably less expensive.

Since the coolers are almost identical in appearance, let’s go through the slight differences that you can expect from an RTIC compared to a Yeti. 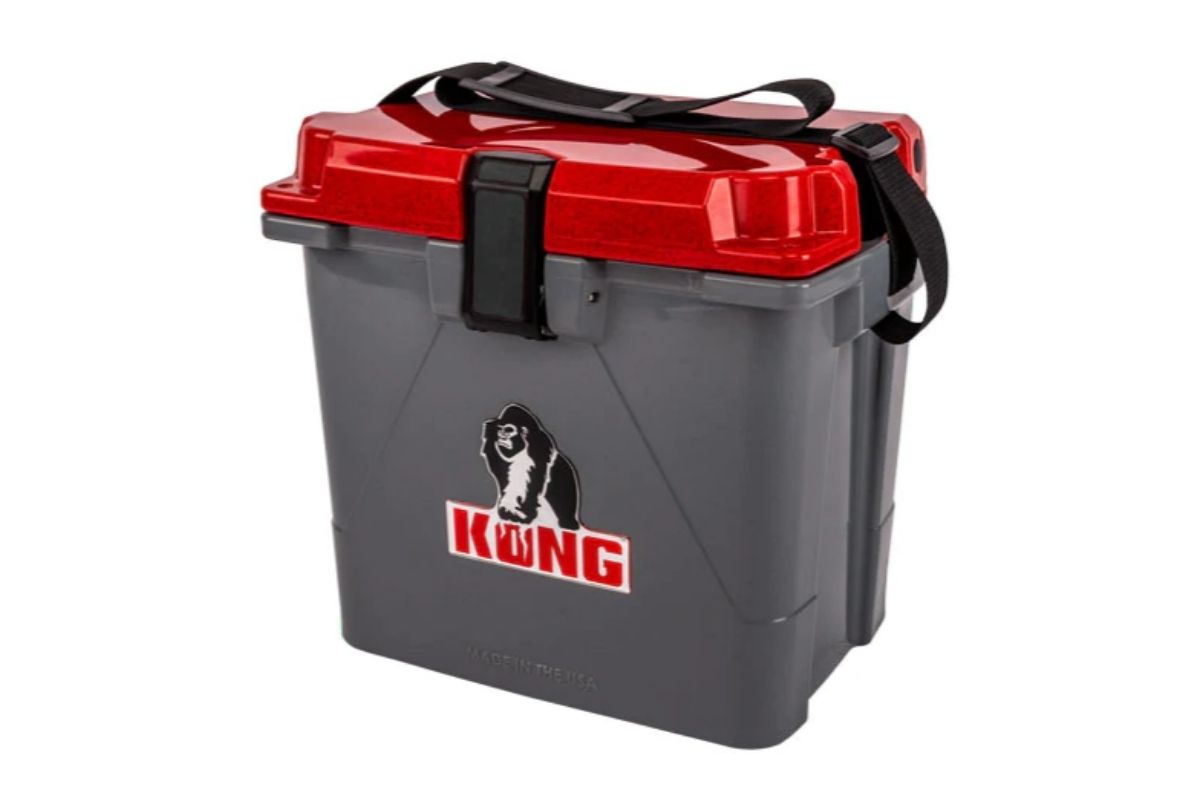 If you are seeking the ultimate performance in ice retention, then a Kong Cooler is the way to go. They may not resemble a Yeti, but they certainly outperform the well-known brand in terms of keeping things cooler for longer.

Kong Coolers are similar to Yeti in more than just features. They have a lot of very similar features and a few significant differences. They are in a similarly high price bracket, so there probably won’t be much difference in the cost when deciding on which of the two brands to purchase.

Kong Coolers offer similar quality and guarantee as Yeti. Like Yeti, they are virtually indestructible, so if you need the durability feature in a cooler which is also locally made, then Kong is a brand worth considering.

Many customers prefer the firmer feel of the handles compared to Yeti, but of course, the brand is not as flashy. 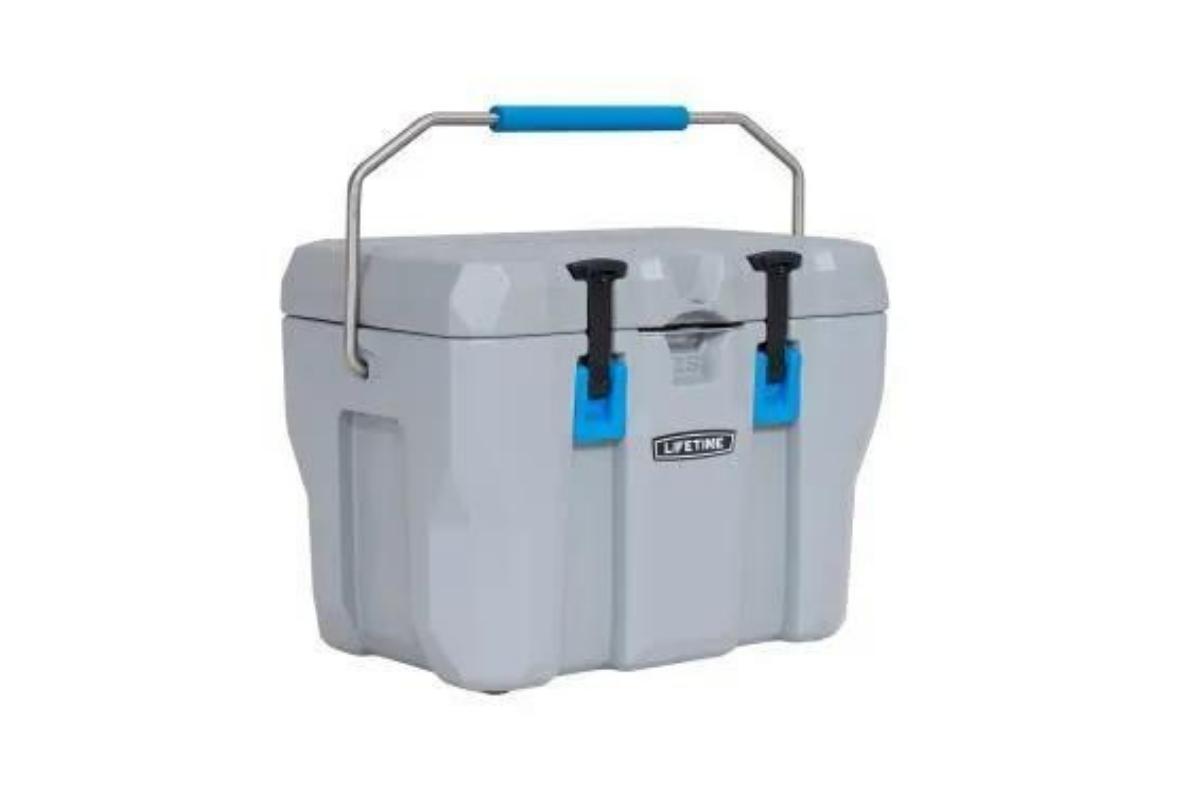 Lifetime Coolers offer very similar features to Yeti in terms of performance, but at a fraction of the price. It may not look exactly like a Yeti, but it’s got many of the same features and even some extras that you may like.

This brand provides some serious bang for your buck and is definitely worth a second look.

Let’s make a quick comparison of the main features at a glance:

One of the other outstanding features of these coolers is the easy to open cam latches. These durable latches make opening the coolers even with one hand a breeze, so if you have kids, this may be a less complicated option for them to access.

So for a lighter cooler that still offers the same, if not better, ice retention than Yeti for a fraction of the cost, Lifetime Coolers will do the job. 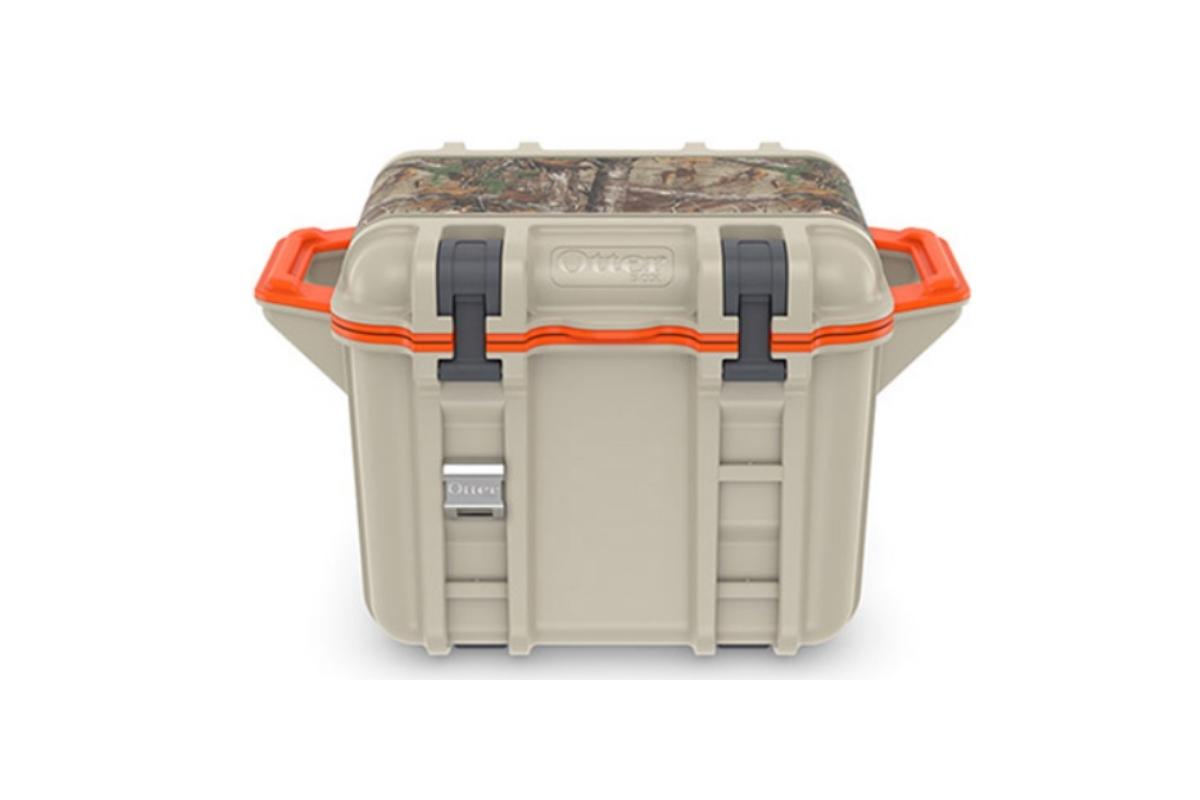 Otterbox has a range of coolers in a similar price range to Yeti, but if it is unbeatable performance in terms of ice retention that you need, this brand is hard to beat. Since they are made in the USA and backed by a lifetime guarantee, there are certainly not many downsides to an Otterbox.

One of the nifty features of Otterbox coolers is that they have places to add external attachments. So your cooler can become an additional user-friendly area where you can hook in beverage holders or bottle openers onto some of the models. 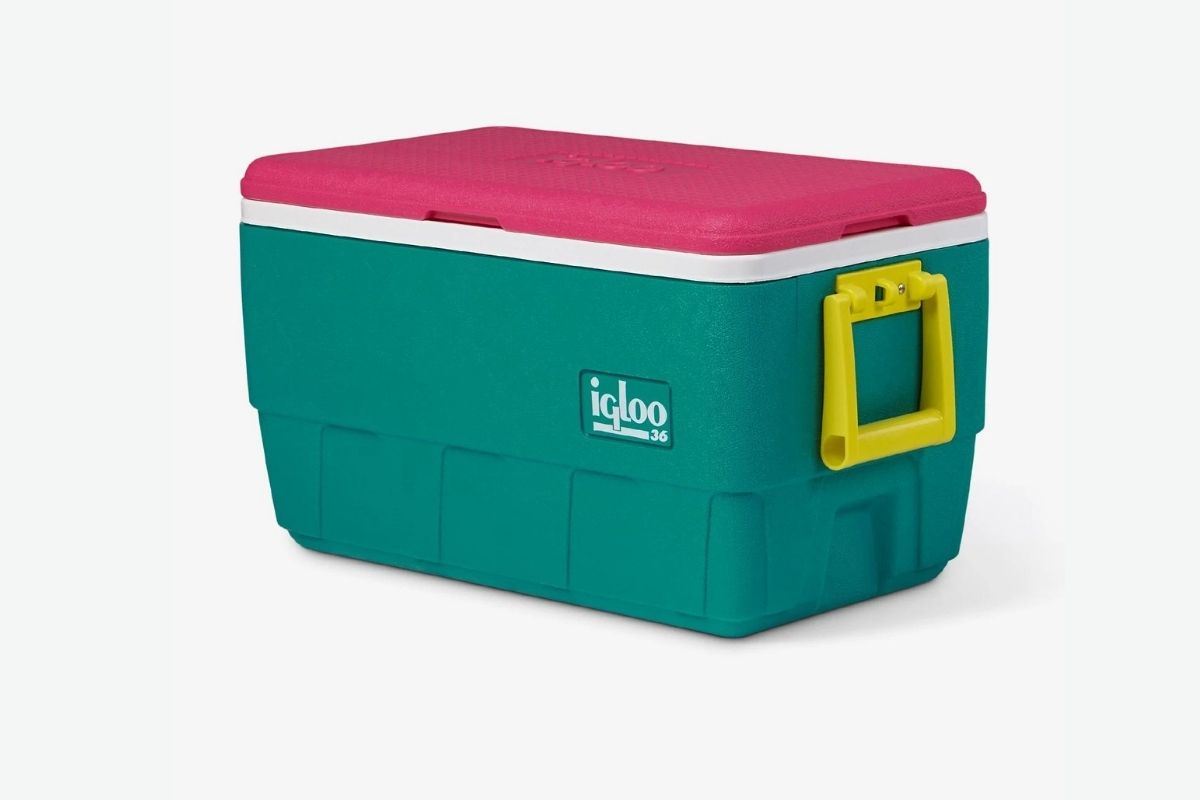 Igloo has a range of coolers that are considerably less expensive than Yeti but have perfect features for hunting or fishing expeditions. This affordable brand stands up well to the rigors of serious trips, although the lid would need an additional locking mechanism if you need it to be bear-proof.

One of the best features of the Igloo Sportsman is the clever use of the lid. There is a handy measuring tool and chopping board inside for anglers, so quickly processing a catch and getting it on ice is a snap.

There aren’t many differences between the Yeti and Igloo Sportsman. Both are roto-molded, making them incredibly strong, and both have the same warranty. Let’s compare these two brands at a glance:

Overall, the Igloo Sportsman is an excellent option that will hold up just as well as a Yeti in most situations. 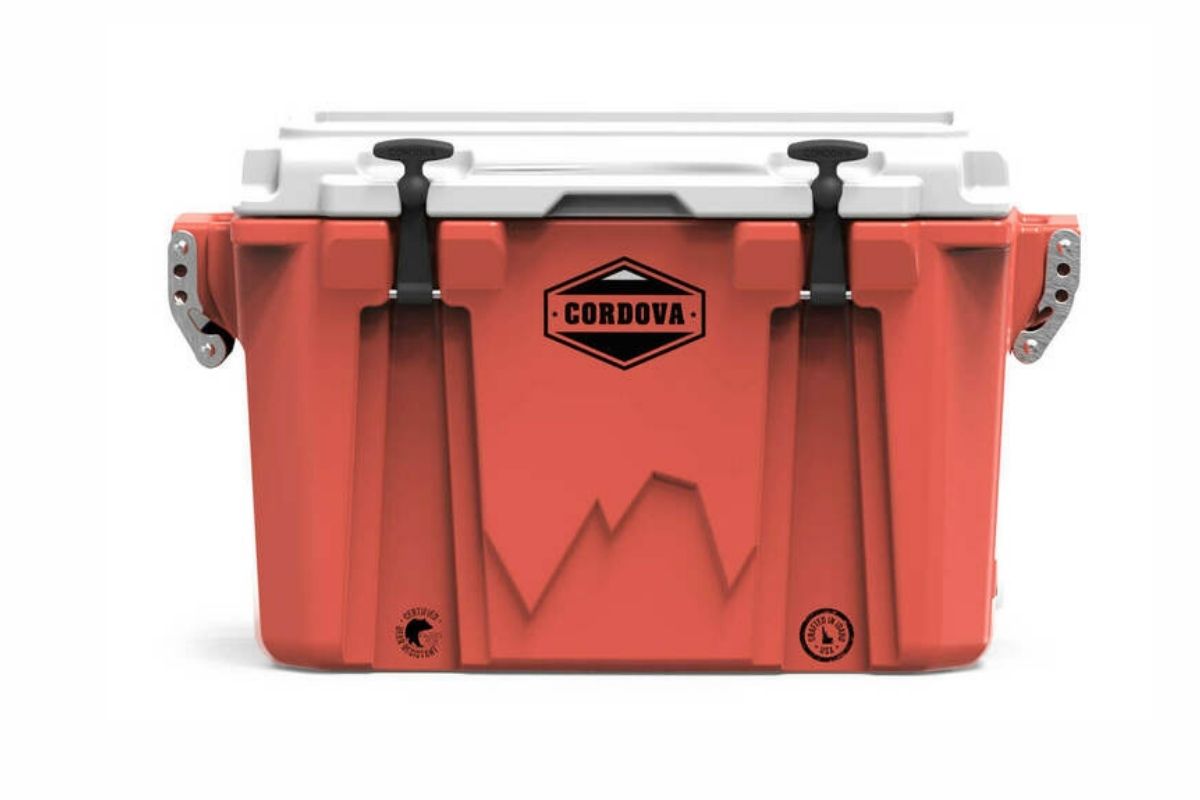 Cordova Coolers are an affordable alternative to Yeti, which boasts an incredible ice retention rate of up to 10 days. In addition, they are attractive coolers that are also bear-resistant.

An extra handy feature that you may find useful is the anti-slip goat’s feet feature on the unit’s base. This keeps the Cordova firmly in place, so matter where you set it down. Cordova has not cut any corners in producing its quality range of coolers.

Cordova offers everything and more than you would expect from a great cooler. Making things even better, they are one of the only companies that use eco-friendly foam in manufacturing their products, so they are a more environmentally friendly option than Yeti. 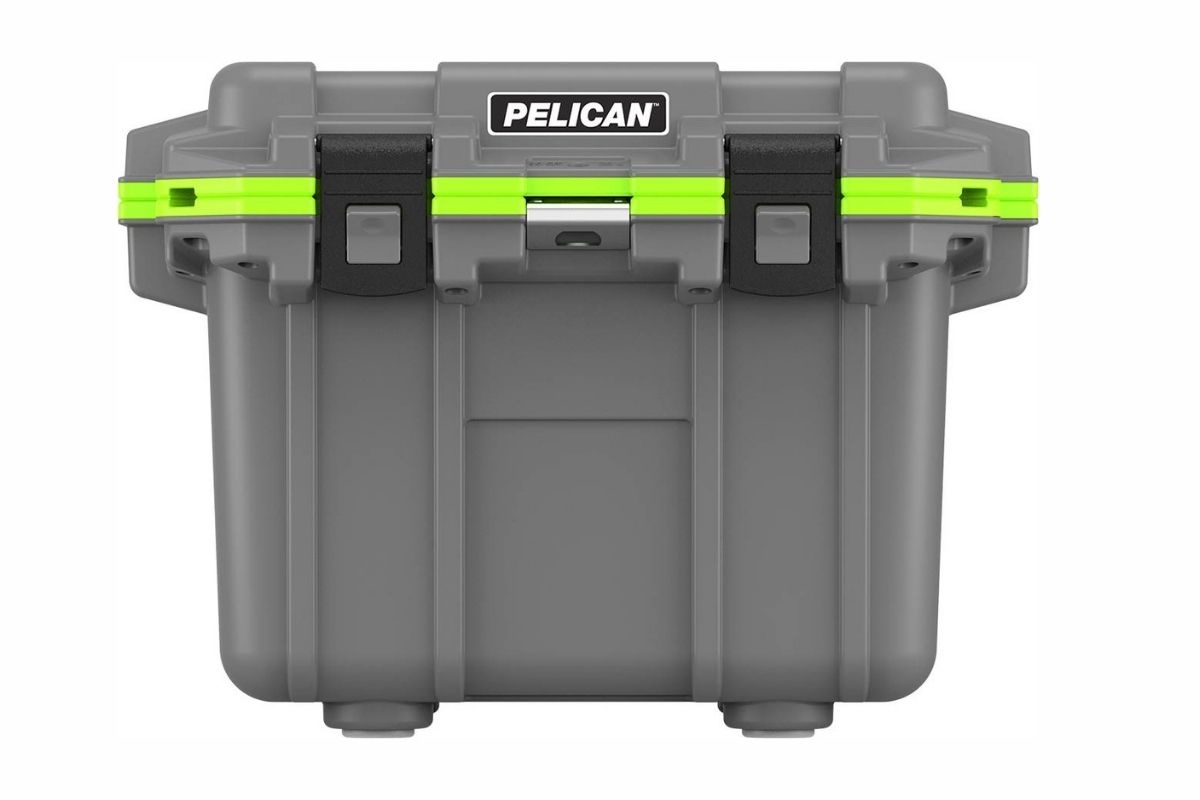 Pelican coolers have stood the test of time. This brand, established in 1976, continues to provide durable quality products. Evidence of their quality is the lifetime guarantee offered on their coolers.

Pelican coolers have an attractive range of solidly built coolers which have been shown to outperform Yeti in ice-retention tests.

One of the only drawbacks of Pelican coolers compared to Yeti is that they are slightly heavier and bulkier. So if you need to haul the cooler over a long distance, that may be something to consider. However, this is an outstanding locally made product that will stand up to a lifetime of adventures. 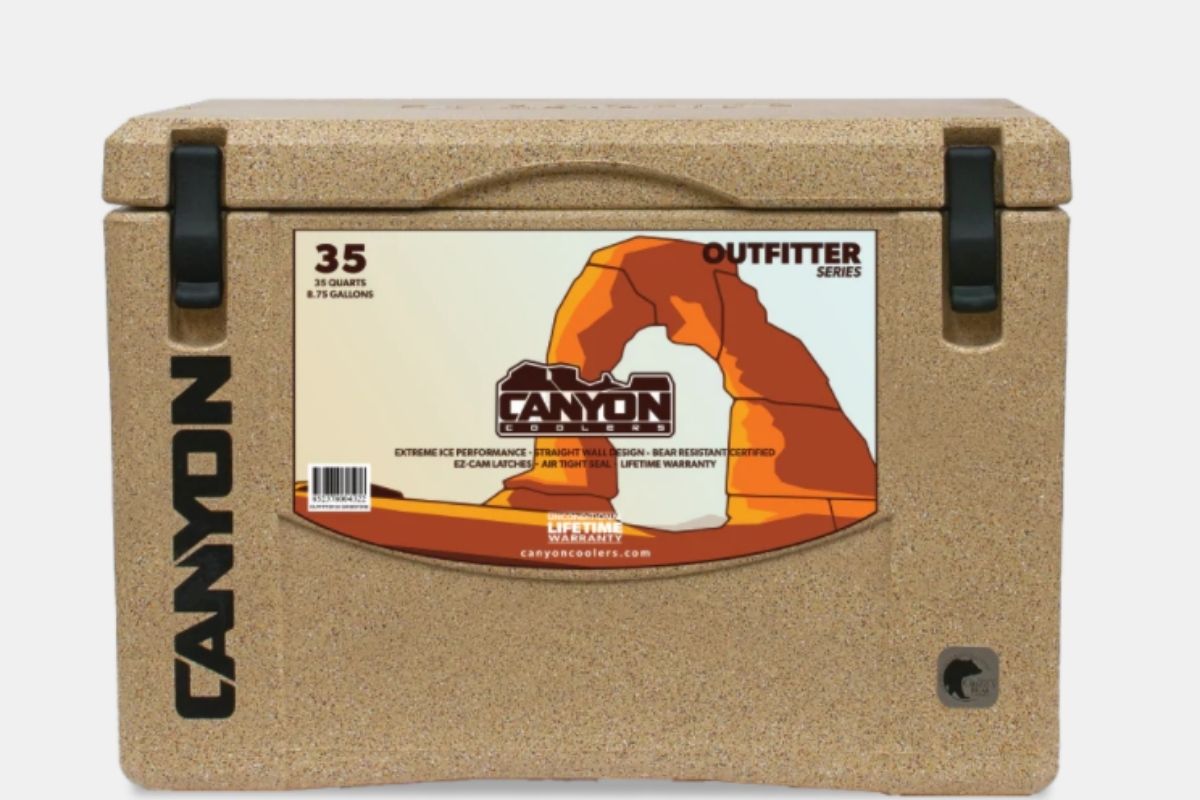 Canyon Coolers are so durable and ready for action that they have been dubbed ‘the tank.’ These are the perfect coolers, and some models have specific features, like the Canyon Adventure, which are specifically intended for action sports.

They have several tie-down points on the lid. This means that they can be easily tied to your pickup, boat, or raft with minimal strapping.

Canyon Coolers have designed their products to remain intact no matter what. The lid is firmly set on a metal rod so it can’t fall into the dirt or ocean as you reach for a drink.

Even the drain plugs, of which there are two, have no-lose features, so there’s no chance of losing the part if you set it down somewhere while the cooler drains.

Canyon coolers offer an excellent value for money option compared to Yeti coolers. They may not have the trendy name brand behind them, but they are a hardwearing, solid choice that is locally made.

One of the great features about these coolers, if you are moving a lot of gear, is that they don’t have any parts that jut out. If you have more than one cooler, they can fit snuggly against each other without wasting any space.

See also  10 of the Best Mountains to Climb in Arizona 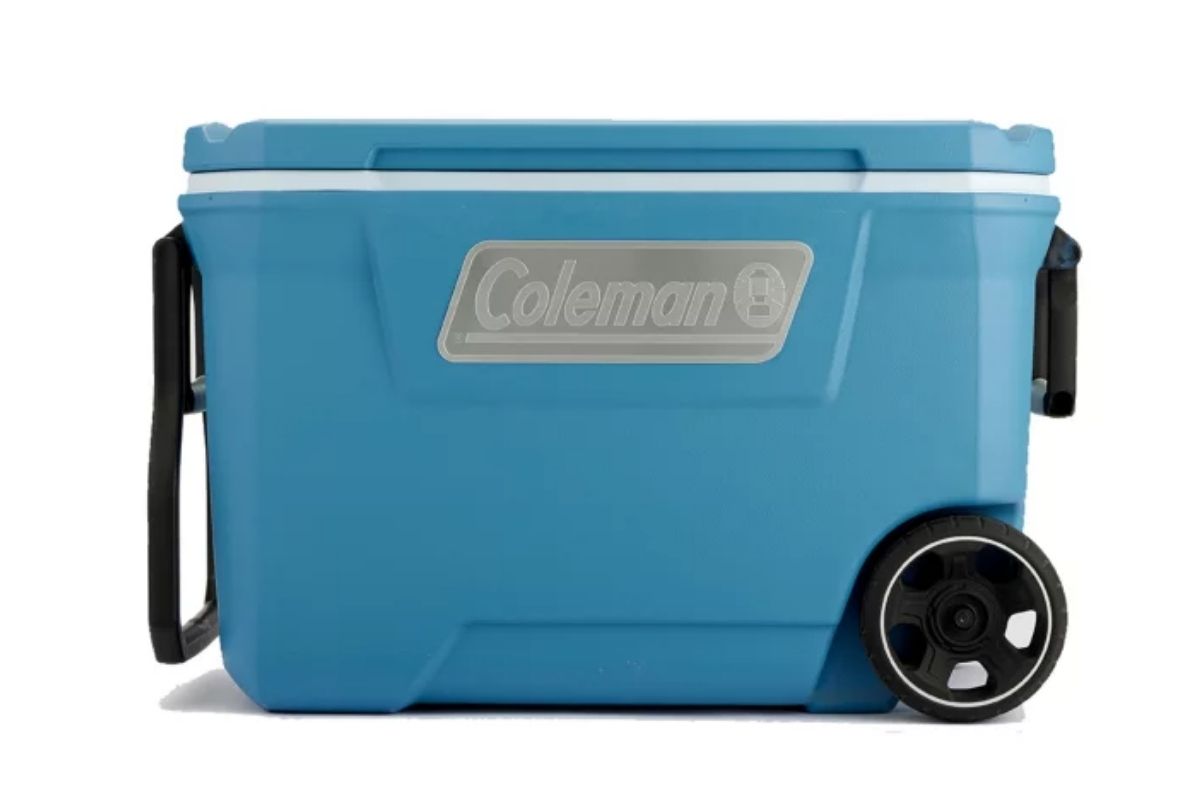 The Coleman Xtreme may look nothing like a Yeti, but if you are only an occasional camper or hiker who needs something that will deliver performance in terms of ice-retention without an enormous cash outlay, this may be the way to go.

This functional cooler can hold ice for up to 3 days at a fraction of the cost of a Yeti.

It may not have the sleek appearance of the Yeti, but if you have a busy family who is just out to have fun camping, do you need the premium brand appeal?

You may need a rougher and tumble cooler that can still get the job done, and it holds ice for a surprisingly long time, so this cooler offers excellent value for money.

Coleman may not be in the same league as Yeti in terms of ice retention and features, but casual campers or picnickers can use this cooler with confidence at a fraction of the cost. However, one of the drawbacks that you should note is that the lid does not latch.

If you need something that locks into place, this is not the cooler for you.

See also  11 of the Best Mountains to Climb in California

And one of the nifty features is that some models have sturdy wheels, so you don’t have to worry about lifting them to move.

Yeti coolers are a popular brand that has almost become a status symbol among campers. However, they are expensive, and many other brands have similar features and will get the job done the same, or even better, than the Yeti.