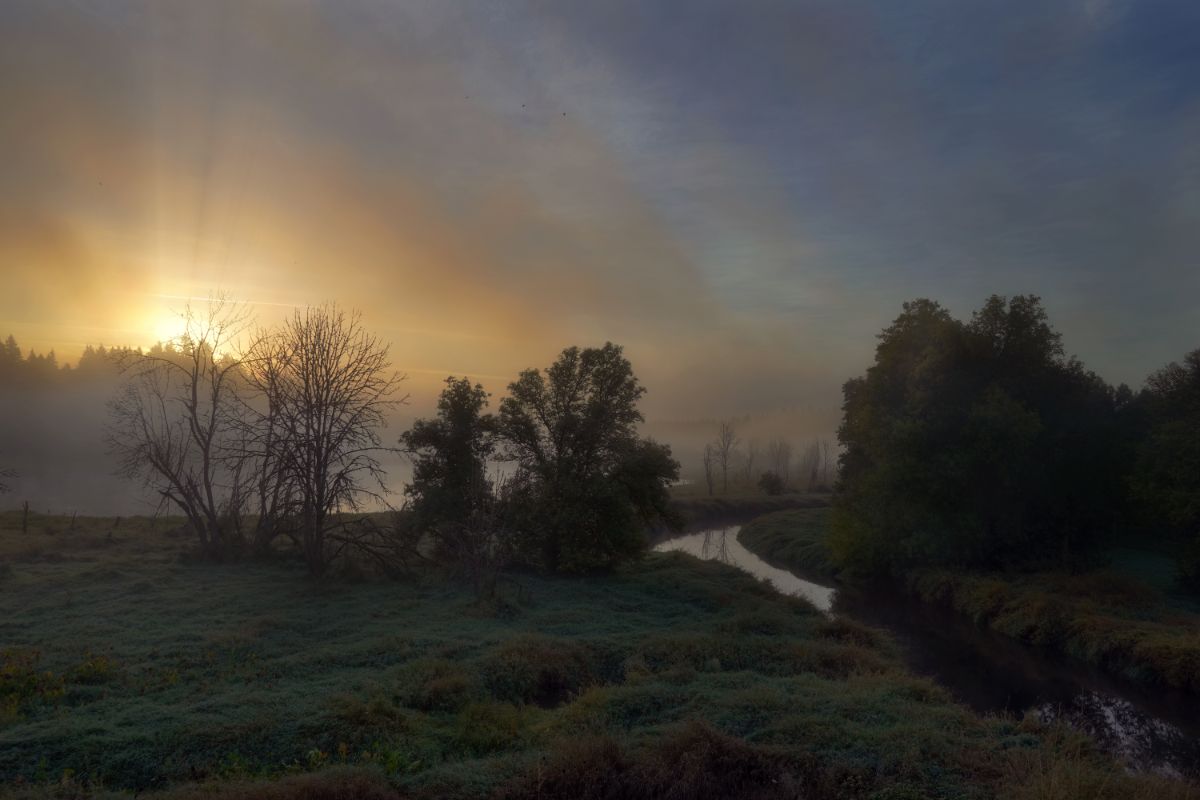 There’s a reason that Washington state has adopted the moniker of the Evergreen State. From the rainforests of the Olympic National Park to the majestic conifers lining the Cascades to the quaking aspens of Eastern Washington, the northwesternmost state in the continental U.S. boasts great trees that contribute significantly to its great beauty. For that reason alone, Washington’s a wonderful hiking destination.

But there’s even more to the Evergreen State’s appeal for hikers. Considering its relatively mild weather, geographic diversity, and some impressively long trails, Washington state becomes a wonderful hiking destination. Depending on the season and the section of the state you choose for your hiking adventure, you’d be well-advised to bring rain gear, but Seattle’s rainy reputation doesn’t necessarily extend to the whole state or to its four distinct seasons.

If you’re looking to take a long hike, you’ll want to give Washington a long look. Here are the 10 longest trails in Washington state. (And thanks to the Pacific Crest Trail and Pacific Northwest Trail included in this list, you’ll see several lengthy trails described within each of those write-ups.)

Related: 10 of the Best Mountain Trails to Climb in Oregon 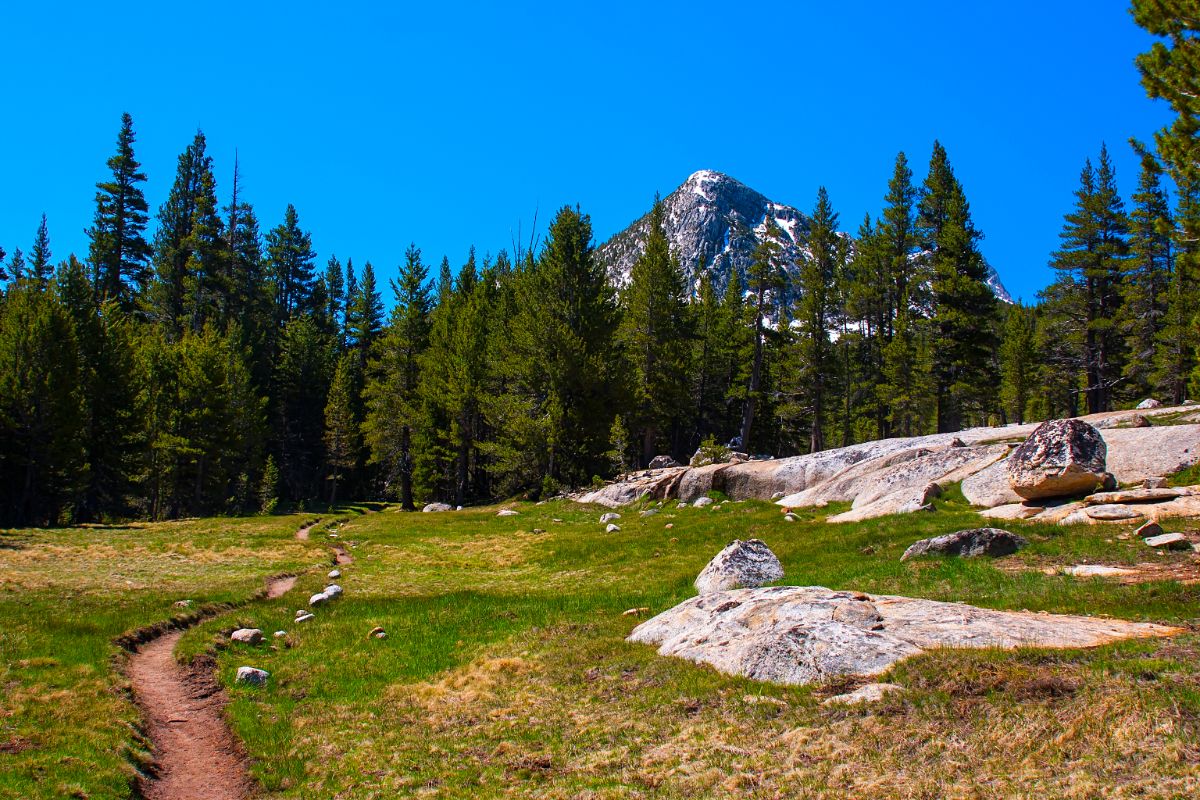 Designated as one of 11 National Scenic Trails, the Pacific Crest Trail allows hikers to explore everything from deserts to mountain ranges. One of the most breathtaking sections of the trail is a 147.5-mile span that wends from the Bridge of the Gods in southwest Washington to White Pass. Along the way, hikers get to take in views of three of the state’s most famous volcanic mountains (Mount Rainier, Mount Adams, and Mount St. Helens), in a hike that starts relatively level and then gains elevation — to nearly 8000 feet.

As the Washington Trails Association reports, you’ll even be able to find wild huckleberries along the route as long as you’re there during the right part of the summer. (As the region gets a good deal of snow, it’s recommended for spring and summer hiking.)

Several other sections of the trail, including the Stevens Pass to Rainy Pass and White Pass to Snoqualmie Pass legs, are epic hikes in their own right, measuring 117 and 99 miles respectively and taking hikers through some of the most challenging but rewarding terrains in the PCT has to over. 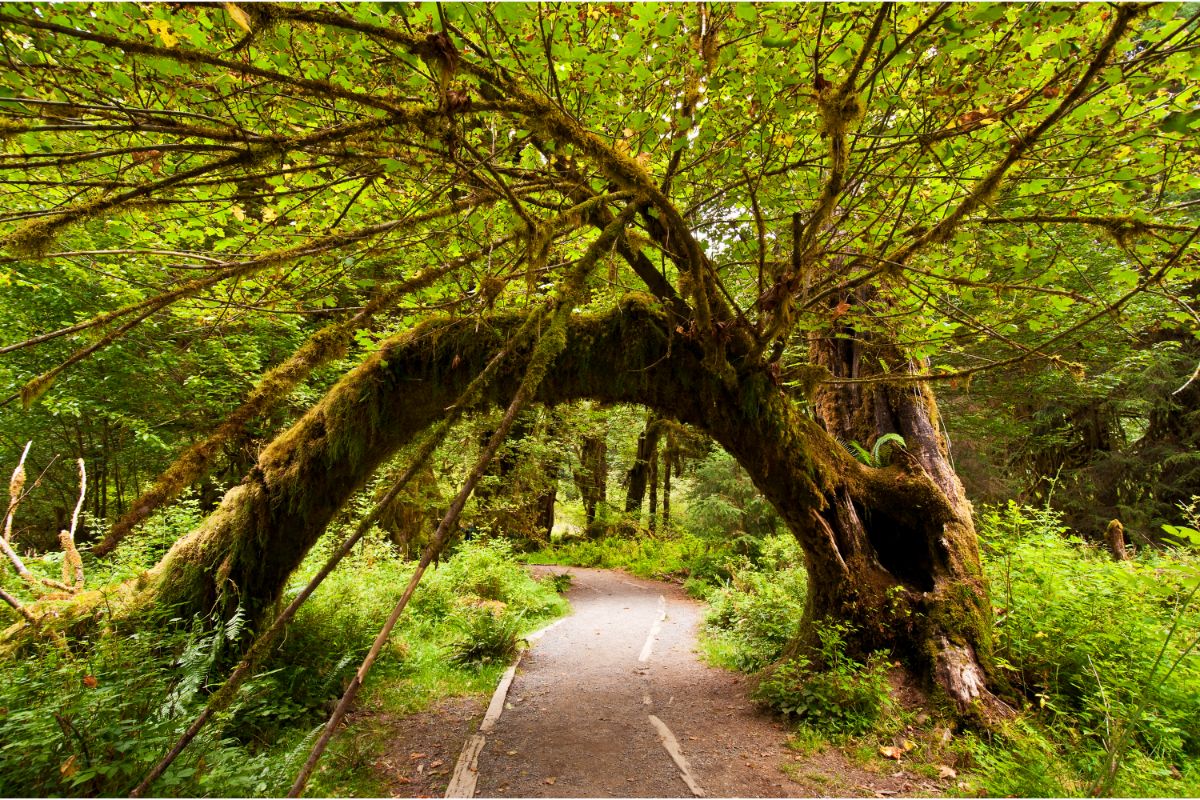 Also designated as a National Scenic Trail per the U.S. Forest Service, this trail covering more than 1200 miles actually starts in Montana’s Glacier National Park, entering Washington at the Colville National Forest in the northeast corner of the state, then goes from the Idaho border through the Okanagan River Valley, over the Cascades, and finally into Olympic National Park.

Though it’s not possible to technically hike the entire trail — it requires a ferry ride across Puget Sound to get to its westernmost stretch — it’s still a wonder for its sheer length and diversity of terrain.

The Pacific Northwest Trail Association boasts that it’s America’s most rugged trail, noting that, “Against the Grain” is the trail’s unofficial slogan, traversing seven different mountain ranges. One of the highlights of the trail exemplifying that is the remote Pasayten Traverse, a 119-mile route through the North Cascades, with the Chopaka Mountain Trail section taking hikers well above 7,000 feet. You’ll also encounter a historic mining camp along the way. 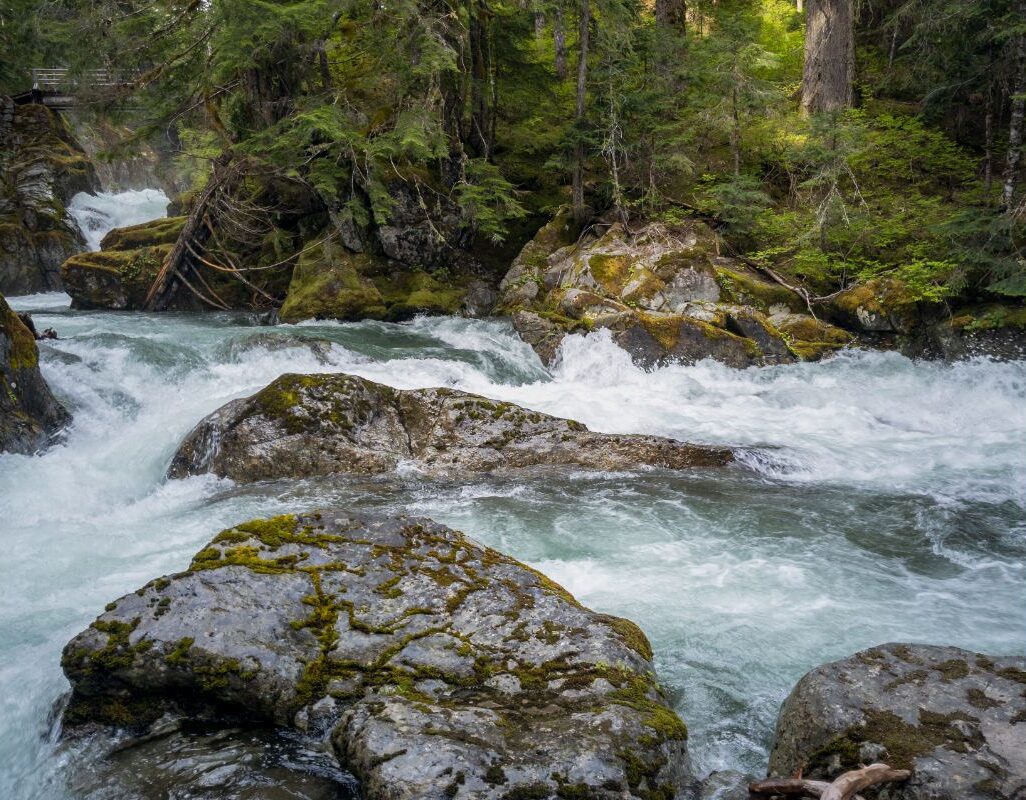 When completed, this 300-mile trail will create a loop spanning much of the Columbia River Gorge near Portland. For now, there’s a nearly 70-mile section of challenging but the verdant trail that traverses the Gifford Pinchot National Forest, featuring a waterfall and two 3,000-foot climbs on its route.

It’s got a reputation for being beautiful, recommended for hikers from spring to early fall, and leashed dogs are allowed to accompany their human friends on the route. However, a number of online hikers and even the Chinook Trail Association note the importance of preparation to tackle that section, as water sources are scarce in places throughout the trail. 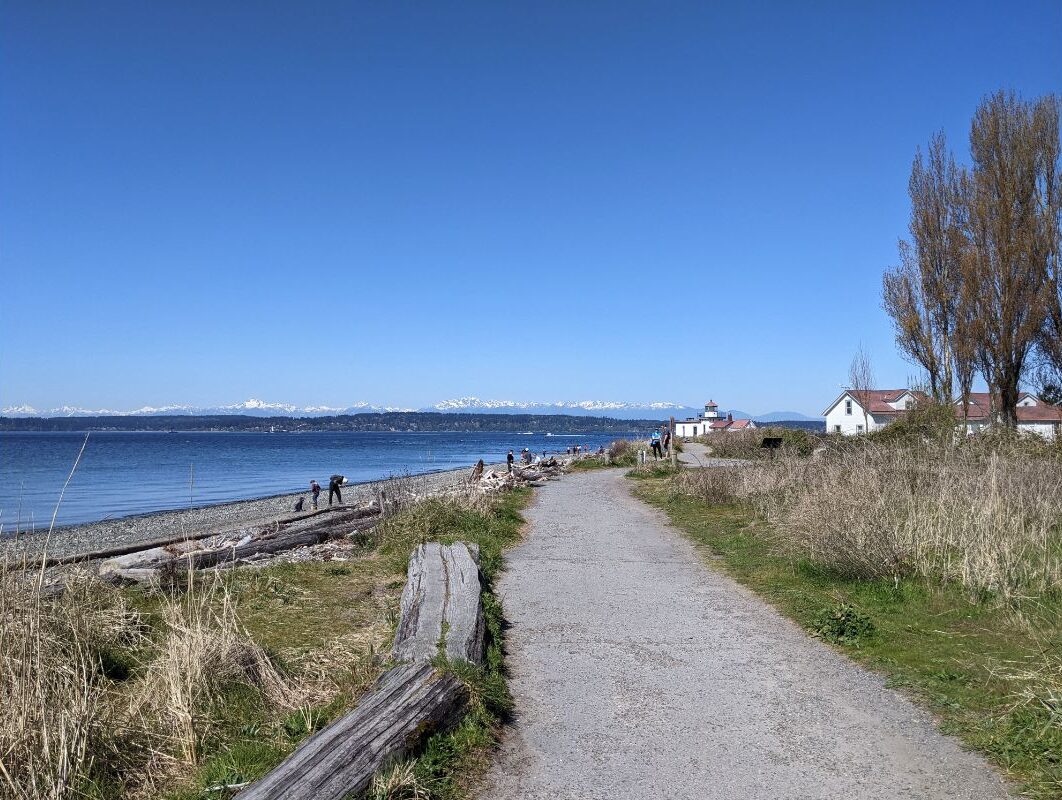 This trail offers year-round accessibility and gives hikers a view of the Olympic Peninsula’s forest-to-beach terrain. The trail does, however, include a number of paved sections that attract cyclists and even horseback riders, and some of the sections include roads where you’ll encounter vehicular traffic. However, there are some more rustic parts of this journey, including some old railroad tunnels to owe to an important part of this region’s history. 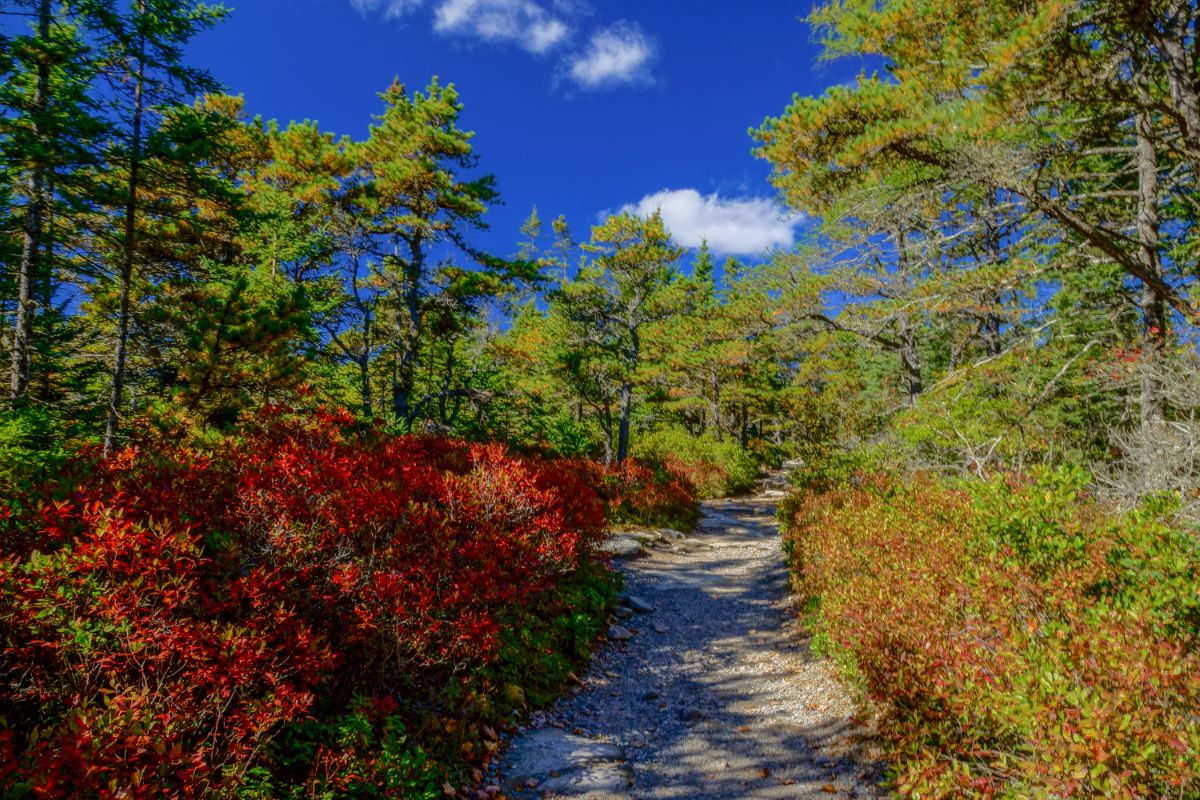 This 93-mile loop in Mount Rainier National Park gives hikers unparalleled views of the state’s most iconic mountain, with 21 different campsites along the way (which you’ll need a backcountry camping permit to access) to help pace yourself and take in all the splendor. While it’s among the state’s most picturesque hiking settings, it’s also one of the state’s most challenging hiking trails, and preparation and research are advised for those who feel they have the skills needed to take it on.

See also  6 of the Best Mountains to Climb in Maine

(Also, the permits required to enter Wonderland are coveted by many but issued to a select number of explorers, and due to its elevation and climate, is recommended strictly for July to September hiking.) 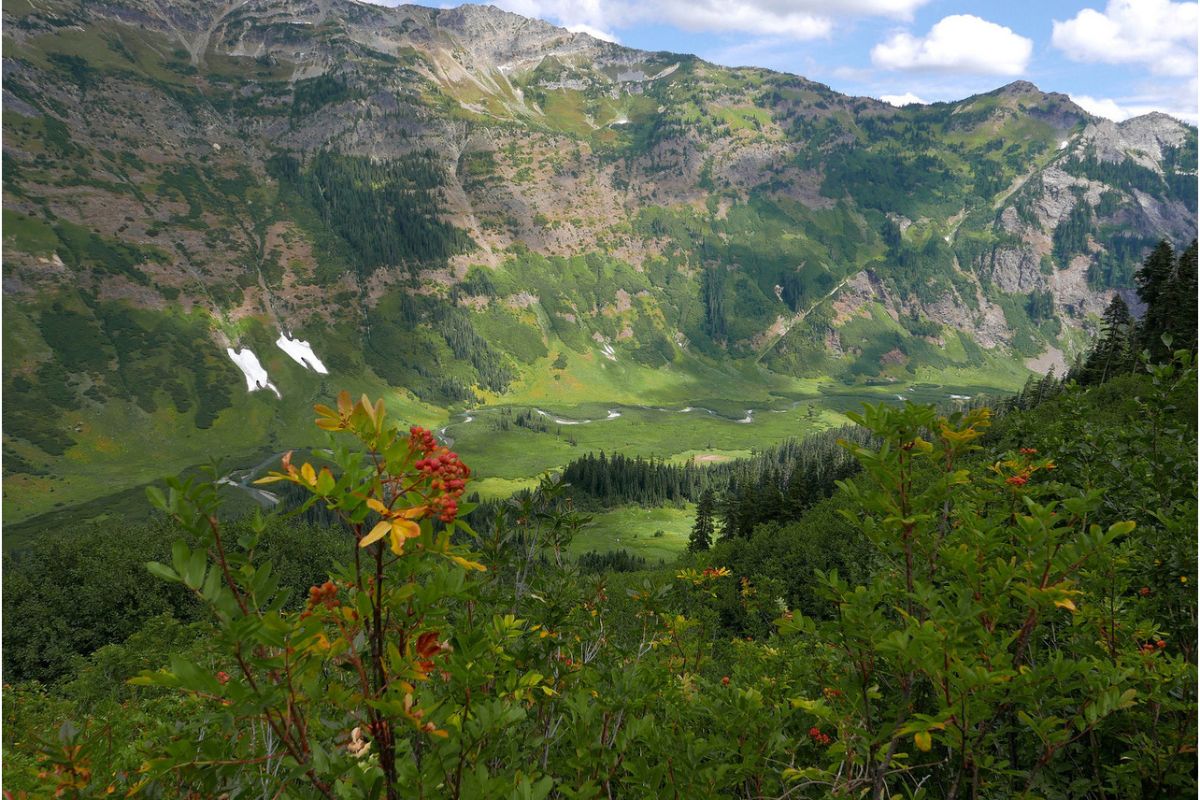 There are a few different variations for this trek deep into national forest lands to explore this mountain — which, will not be as famous as the other Cascade mountains mentioned earlier, still offers visitors an unforgettable experience. Though there are several different trailheads possible for starting your journey, the White River trailhead is arguably the most accessible.

As with the other Cascade hikes, the July through October window is typically the best time of year to truly explore before the snow season starts, though as the WTA warns, September’s the best month unless you’re well-stocked on insect repellant. 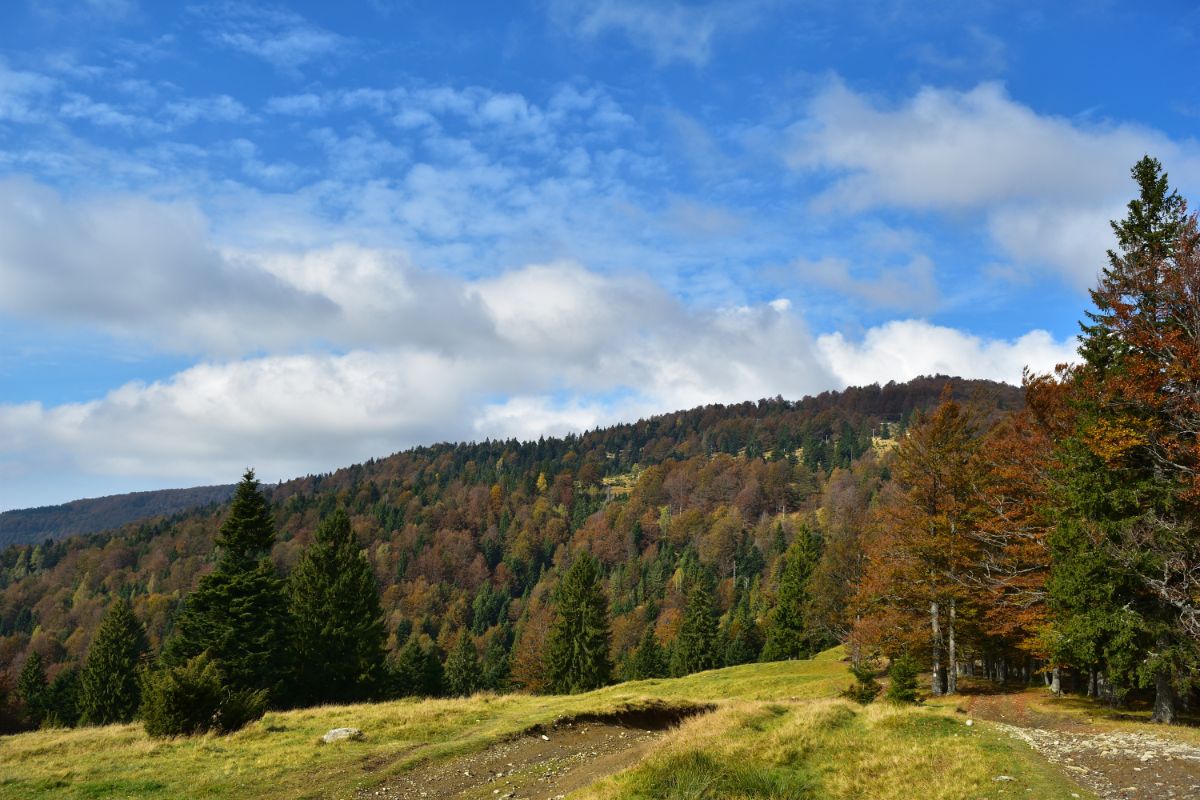 This group of trails in Bellingham — near the Canadian border and best known as the home of Western Washington University — provides hikers with an exploration of a little-known gem. The trails are also a popular destination for mountain bikers, so be prepared for that element if you’re looking to explore. This does make for a great day trip, though, and if you’re wanting to push past the bounds of Galbraith Mountain to explore further, its trails connect to ones in the Lookout Mountain Forest Preserve and several other parks. 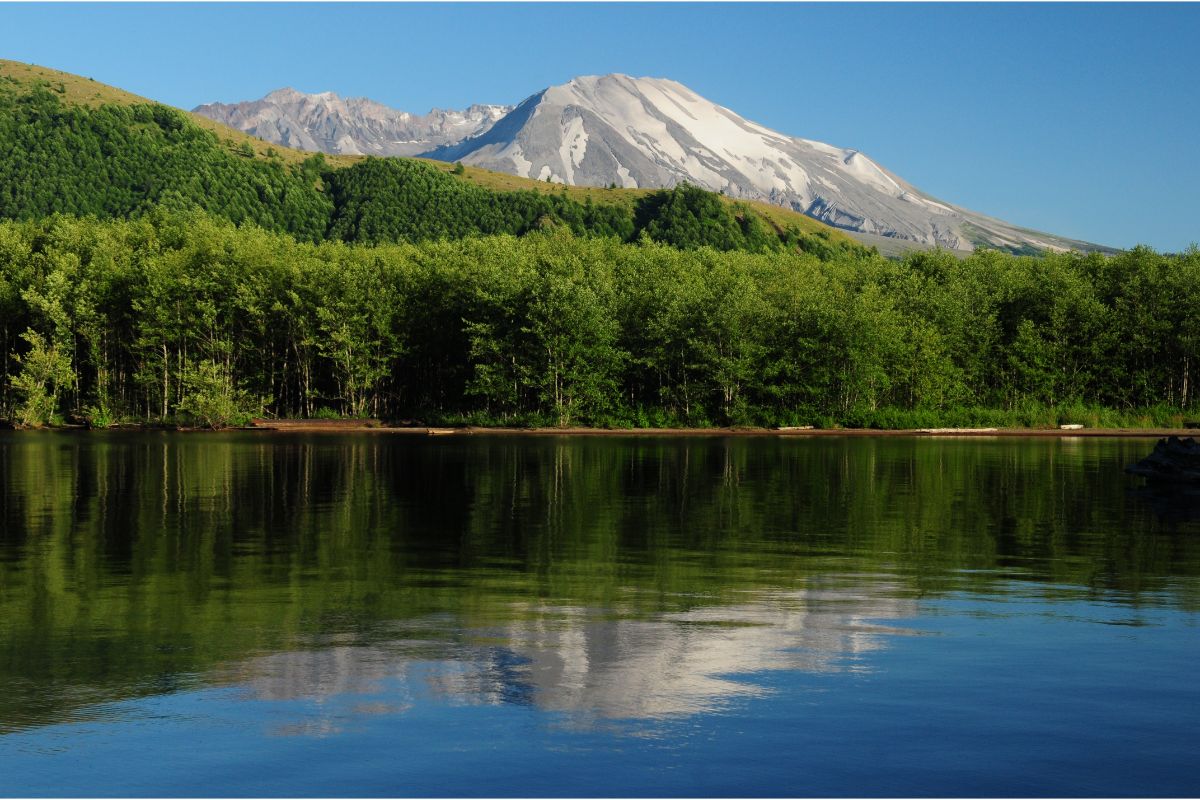 Those who remember the Mount St. Helens eruption of 1980 have distinct before-and-after pictures in their minds of how an idyllic section of the Cascades was violently transformed. Though the mountain’s shape is forever changed, the region has recovered its beauty, and this nearly 54-mile hike allows explorers to marvel at that.

As the Hiking Project site notes, it’s a challenging hike, and the Bear Meadows to Council Lake section will have you sharing the route with bikes, motorcycles, and horses, but the first part of the journey will get you up close to the famed mountain, and the last part will bring you in view of Mount Adams, with Rainier and even Mount Hood visible as well.

With many trailheads connecting along the way, you’ll be able to access this route that is adjacent to the Chehalis River. The route was once the site of a railway but is now a hiking route that ranges from paved sections favored by cyclists to more gravel paths and dirt pathways. Reportedly, a few of the trestle bridges are out, making it currently not possible to do the whole 56.5-mile route uninterrupted — this map provides updates on what parts of the trail can be accessed and enjoyed. 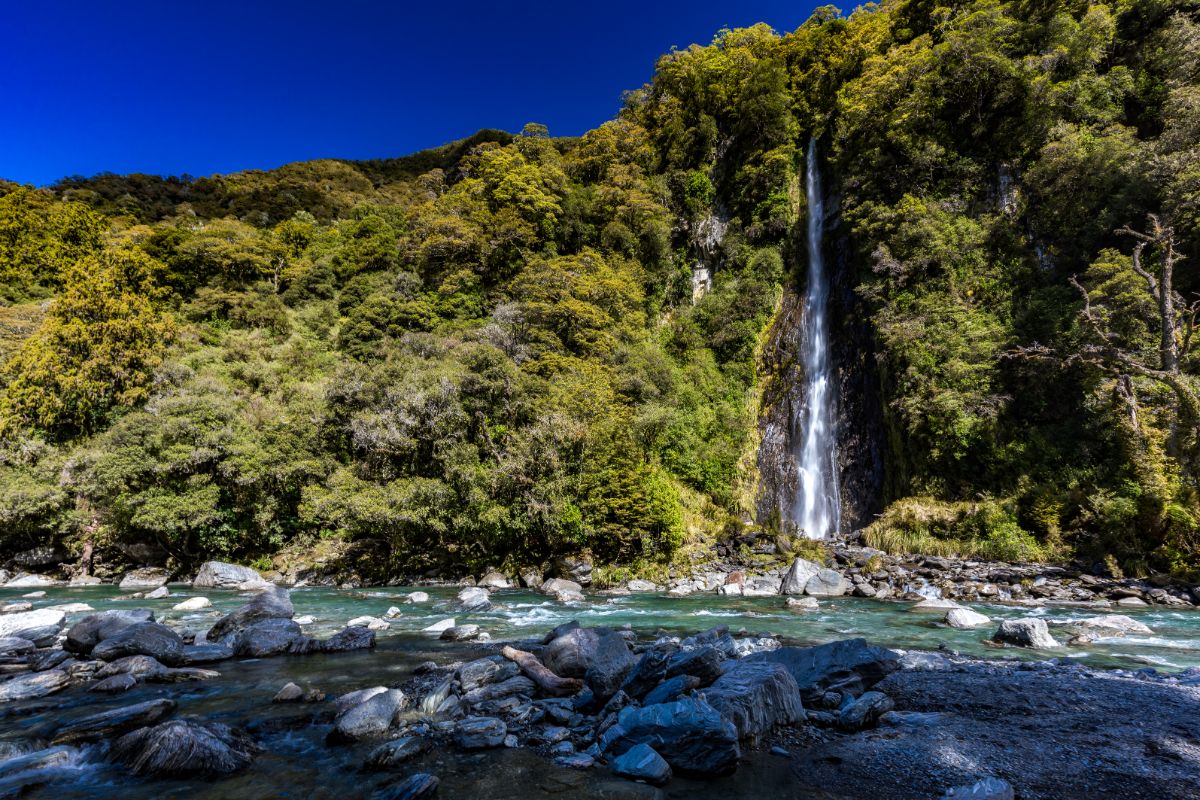 This trail starts at Diablo Lake and goes deep into the North Cascades National Park, with the first half of the trail featuring dense forest, relatively abundant wildlife, and water in the form of a rushing creek and a waterfall, taking hikers up to Park Creek Pass at 6100 feet. (Boots that provide water protection are a good idea for this adventure.) The second half of the hike goes from Park Creek Pass to Cascade Pass, and it’s less about the old-growth forest and more about mountain views.

There are campsites along the route suitable for making this at least a four-day adventure, though it’s also possible to make it a day hike, doing as little as the first two miles to encounter the first of several bridges spanning the creek.