Unlike our forebears, from ancestral relatives to our peers a mere decade ago, we are never left wanting for the ability to capture a gorgeous vista or surprise animal sighting while out on the trail. With the proliferation of smartphones and their convenient, high-quality cameras, nearly any outdoor enthusiast can become a nature photographer at the tap of a screen.

No longer are the panoramic expanses of Earth the sole domain of professionals; as long as you’ve got a mobile device, you’re set to render your wildest adventures in digital clarity to share and cherish for years to come.

We’ve chosen to highlight the prominent visual features endemic to each of the five major segments of the continental United States’ natural landscape, bringing some tantalizing clues as to where you may want to plan your next outdoor excursion. With the unrivaled geological variety and freedom of movement afforded in this nation, you’ll be set to capture some of the most gorgeous sights afforded by vast American biodiversity.

1. The Southwestern US deserts. 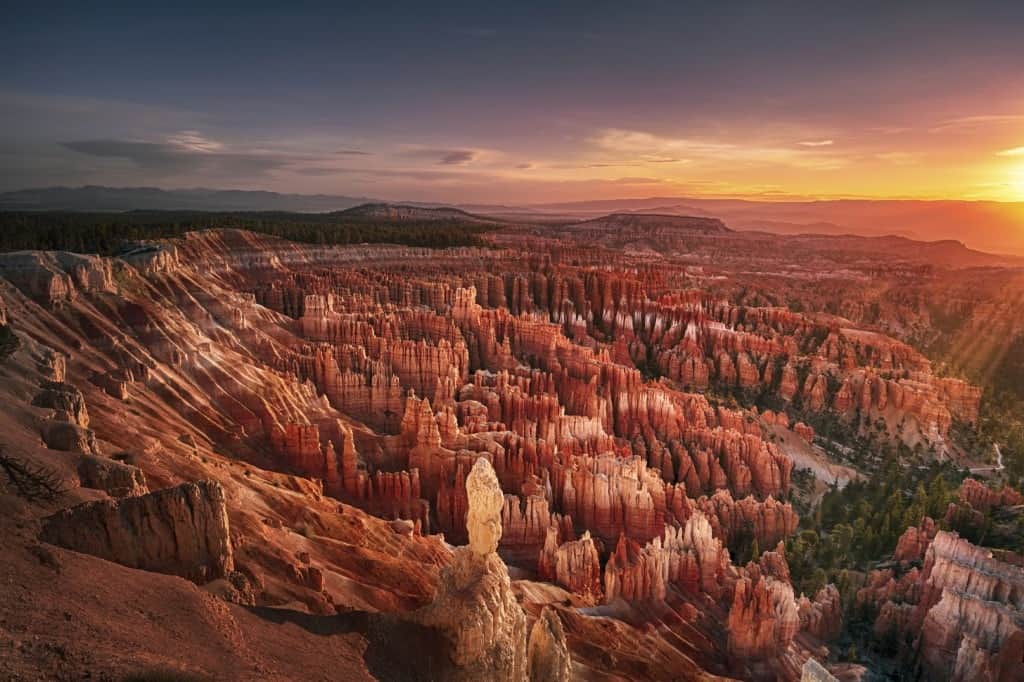 Both Arches National Park and Bryce Canyon offer breathtaking geological features far outside the purview of average folks. Bright earth tones evoke the beauty and tumult of the formative eras of this part of the nation, and every season teases out different vibrant colors, especially in the sandstone formations. Arches are defined by its vast array of over 2,000 natural stone arches, interspersed with pinnacles, massive fins, and enormous balanced rocks

Bryce Canyon, settled by Mormon pioneers in the mid-19th century, is actually a collection of giant natural amphitheaters. The park is defined by geological structures called hoodoos, carved by frost weathering and stream erosion of sedimentary rocks.

See also  14 Different Types of Camping You Should Know About

The dance of red, orange, and white tones offers striking imagery for visitors. Winter brings remarkable contrast to the landmark formations in this part of the country, framing the towering earthen landscape in white.

The views afforded here could bring out the Ansel Adams in anyone.

Prosaically known to be a damp, mossy landscape, the Pacific Northwest actually holds diverse ecosystems that allow for the visual capture of an array of environmental personalities. The rocky coastal landscape surrounds an area populated by the volcanic Cascade Mountain range and high plains deserts, including standout visual feasts like Crater Lake National Park and Oregon’s towering Mount Hood.

During winter, the crowds thin out at Crater Lake, allowing for uninterrupted expanses of snow-capped beauty to explore. Mount Hood beckons to visitors and residents alike throughout the state, with a snow-covered peak through every season that stands in high contrast with verdant surroundings during the warmer months.

3. The plains of the Midwest. 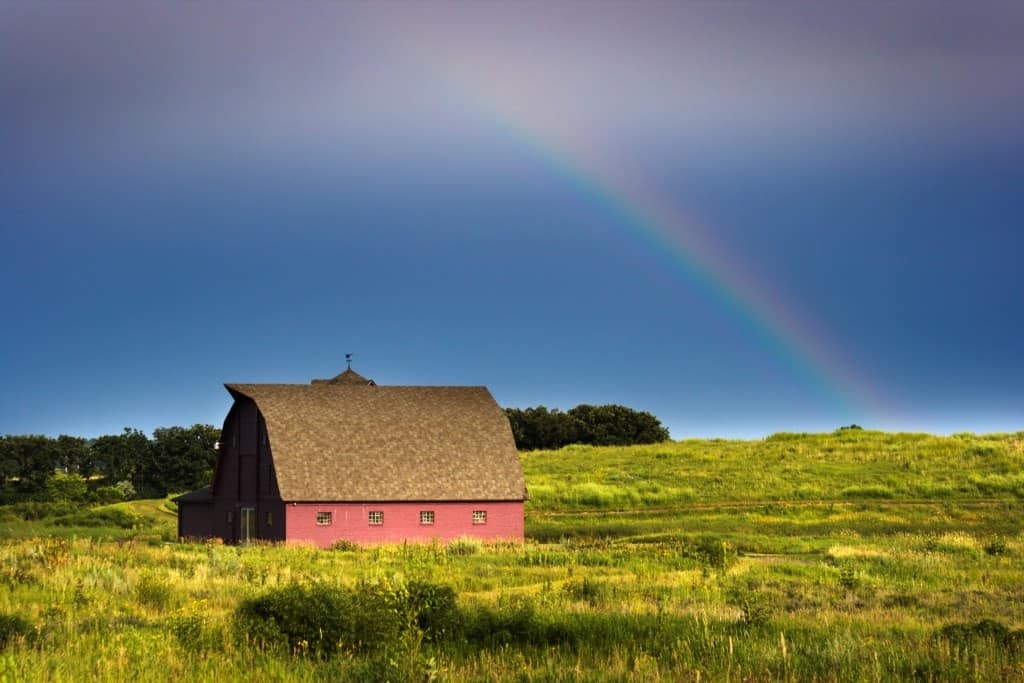 Yes, the United States Midwest provides abundant sights to behold despite its well-known lack of diverse topography. The thriving agricultural canvas spills over undulating fields in vibrant sequences of color and texture. During peak crop growing season, the landscape transforms into a fertile painting, wealthy with life and wind movement.

While aerial views offer the literal birds-eye view of the agricultural patterns and shapes of the midwest, the ground-level sights beheld by hikers and outdoor enthusiasts of all stripes can be breathtaking all the same.

Far beyond the imagined unending rows of farmland, the midwest plays host to the Great Lakes, the largest collection of freshwater lakes on the planet. Deep blues sparkle in the summer and frost over to a crystalline white during the cold months.

4. The rolling hills of the East. 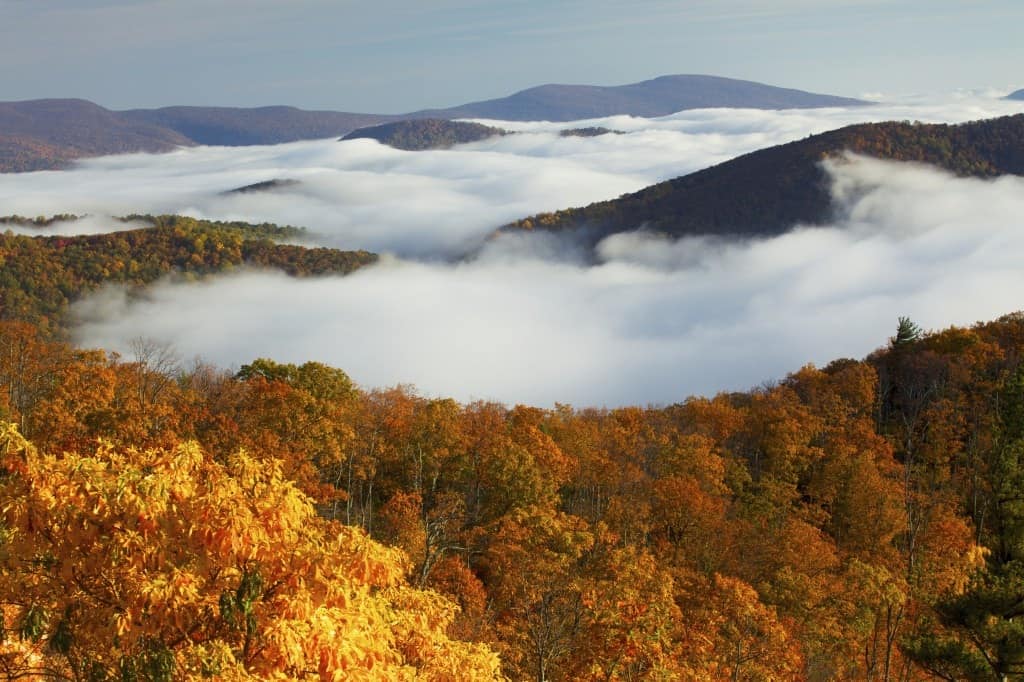 Moving further eastward, we come to the lands cradling such landmark visions as Shenandoah National Park and Great Smokey National Park. These eruptions of verticality offer a fine break from the gentle plains of the Midwest. A distinctly hilly landscape offers photographers myriad opportunities to capture the vividly shifting personas of this most deciduous part of the environment.

Shenandoah is bisected by the renowned Skyline Drive, offering a slow-motion roll through the undulating valleys, allowing visitors the chance to witness the kaleidoscopic explosion of color throughout the autumn months. Great Smokey offers an enormous network of foothills from which to capture the seasons in flux, from rich greens to burnt tones to muted whites.

5. Coastal serenity of the Northeast corner of the US. 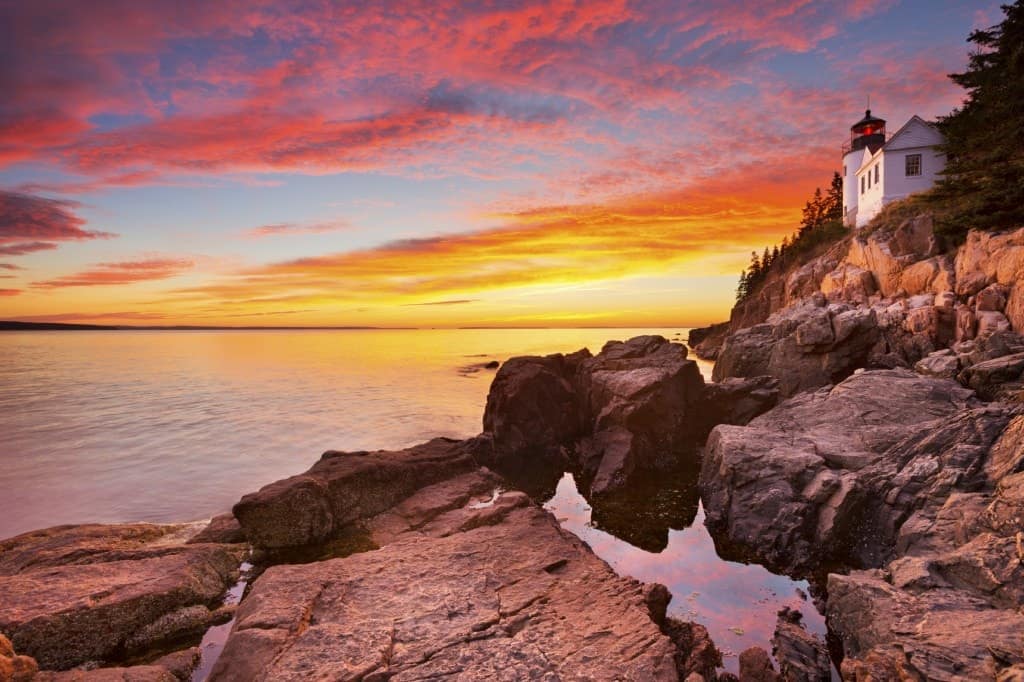 Finally, ascending to the pristine shorelines of the northeastern United States, we come to places like Acadia National Park and its protected coastal features. Intrepid hikers and adventurers of every stripe are allowed the opportunity to focus a camera on the peaceful waters and small islands dotting a surprisingly diverse habitat.

We hope that we’ve been able to point you in the right direction, no matter which corner of the nation your journeys may lead. Each geographical piece of this large nation boasts unique natural treasures, making for a visual treat to be enjoyed by anyone ready with a camera.

See also  15 of the Best Glamping Campgrounds in Texas