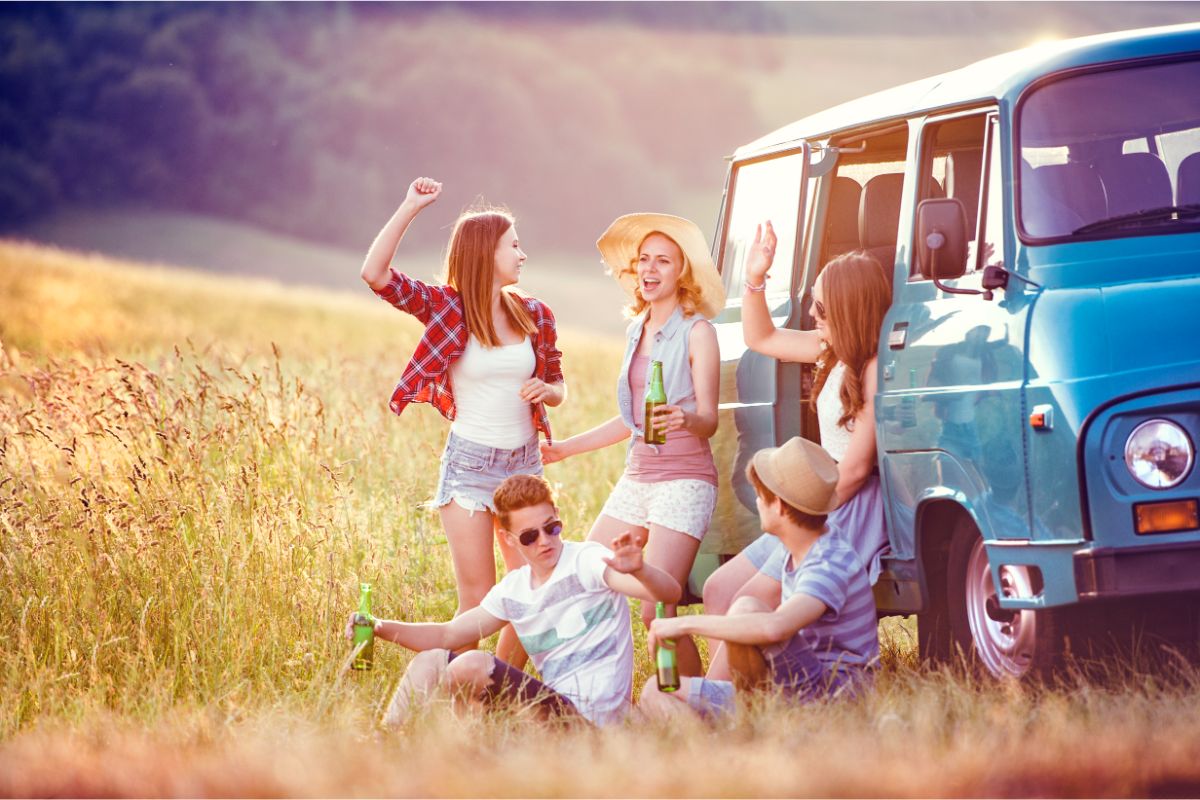 Road trips are a part of American culture, with the average American family spending 23 hours on the road as part of their summer vacation. Road trips are normally less expensive than flying and are a fantastic way to explore new places and bond as a family or as friends. Long, silent trips, though, can lead to boredom and the repeat of the famous question, “are we there yet?”.

Keep that question from being asked, fight road fatigue, and add to the adventure by packing some paper and pens and playing these interesting road trip games. 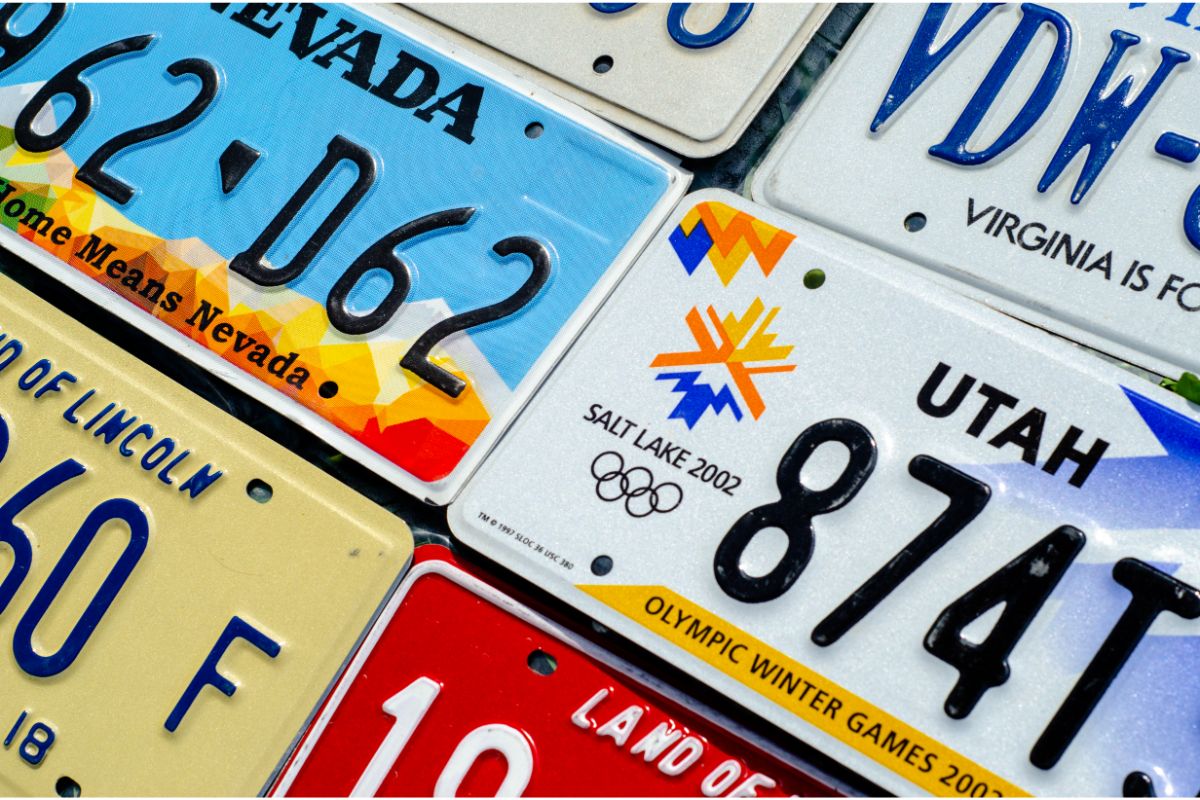 The goal of this game is to find as many state license plates as possible on your trip, so it’s one of the best games to play on longer cross-country road trips. Each passenger keeps their own list and then everyone compares their lists at the end of the trip. The one who finds the most state license plates wins the game.

This may be the most popular road trip game that we all played as kids, keeping us entertained for hours. Passengers take turns finding an object and saying, “I spy with my little eye something beginning with the letter…” and giving the first letter of the object. The other passengers take turns guessing until someone names the correct object. Make the game more interesting by finding less obvious objects, like muffler instead of tire. 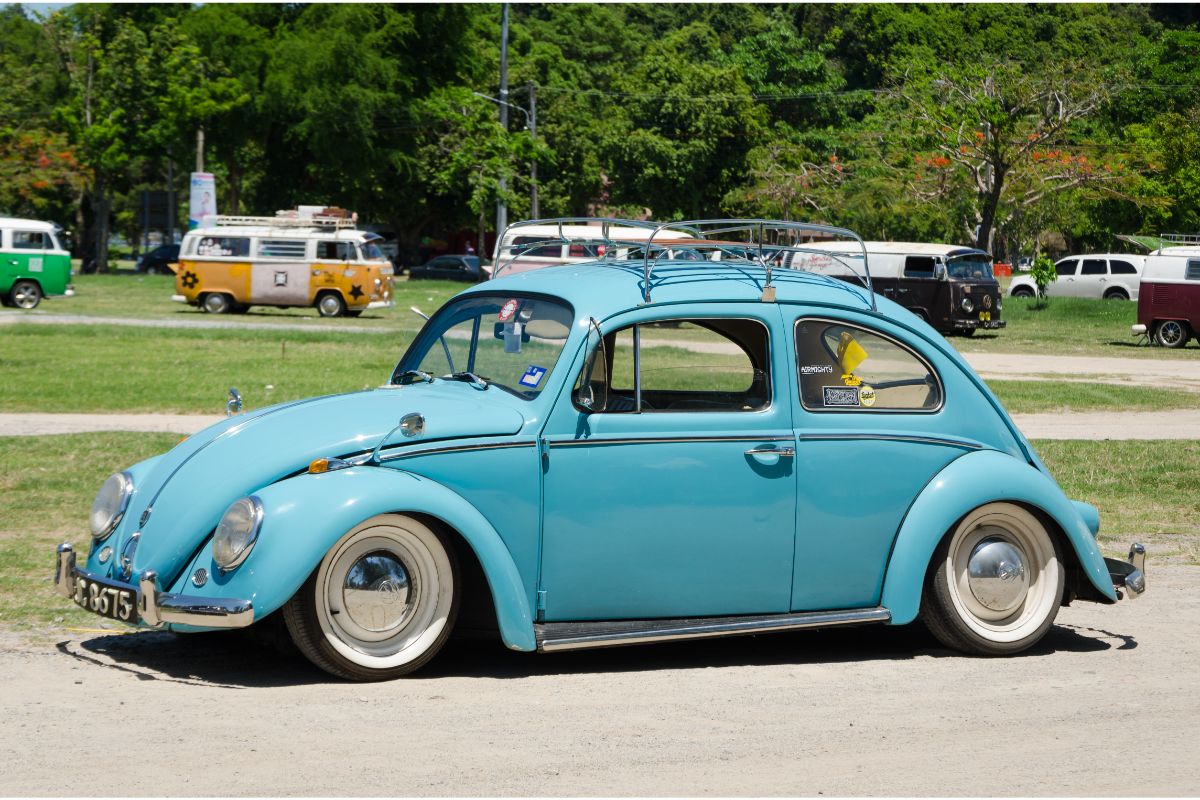 This is another popular road trip game that started in the 1960s. Every time you see a VW Beetle, give the other passengers a playful punch, emphasis on the word playful. Otherwise, there will be a lot of red arms, and possible bruises, at the end of the trip.

This game is perfect for long countryside stretches of a road trip. One person thinks of a person, place, or thing, with a goal of stumping the other players. The others take turns asking yes or no questions to gather hints and guessing the object. The first one who guesses the object by the 20-question limit wins that round and the opportunity to think of the next object. 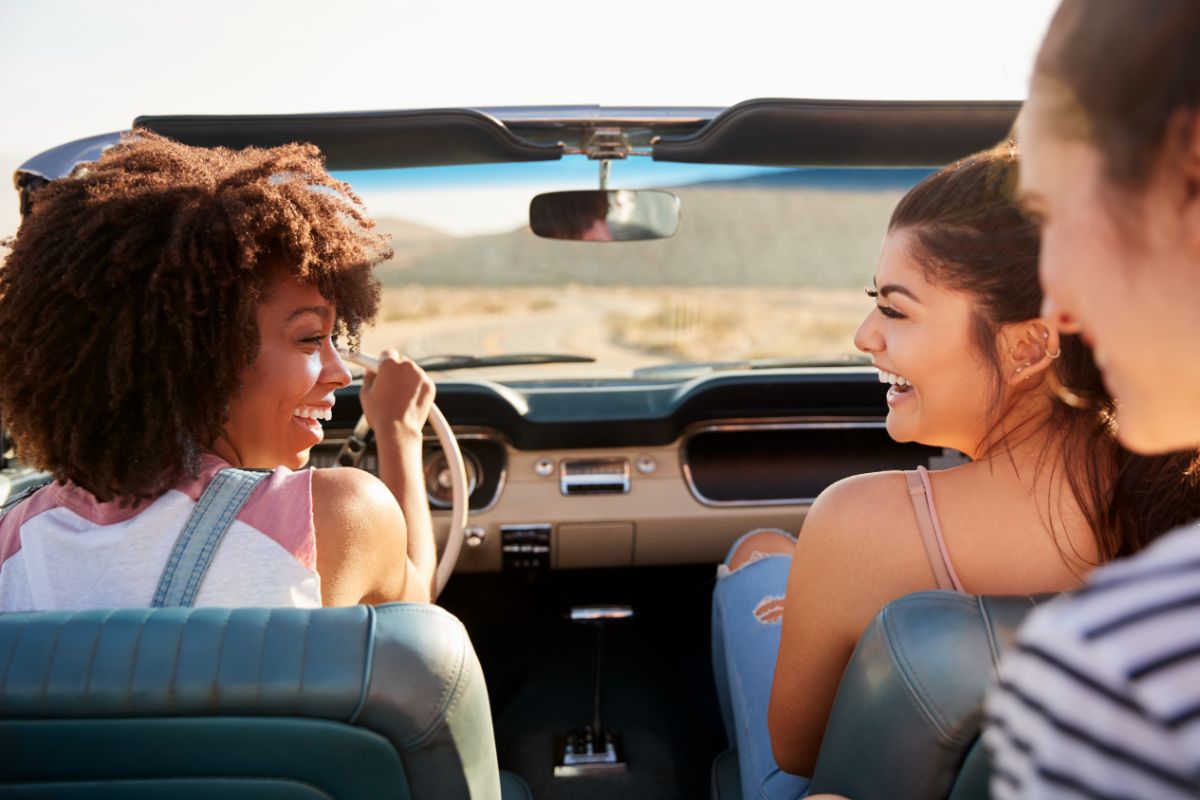 This is a simple brain game to keep everyone occupied. One passenger starts the game by saying a name. The next person gives a name that starts with the last letter of that name, and you can’t repeat names. Keep going until someone gets stumped and can’t think of a new name.

This game uses the alphabet, so it’s perfect for long road trips. One person picks a letter, and the other passengers take turns naming movies that start with that letter. When the group runs out of movies for that letter, someone else chooses the next letter and you start again. Keep going until you work your way through the alphabet. This is also a great way to choose a movie to watch when you return from your trip. 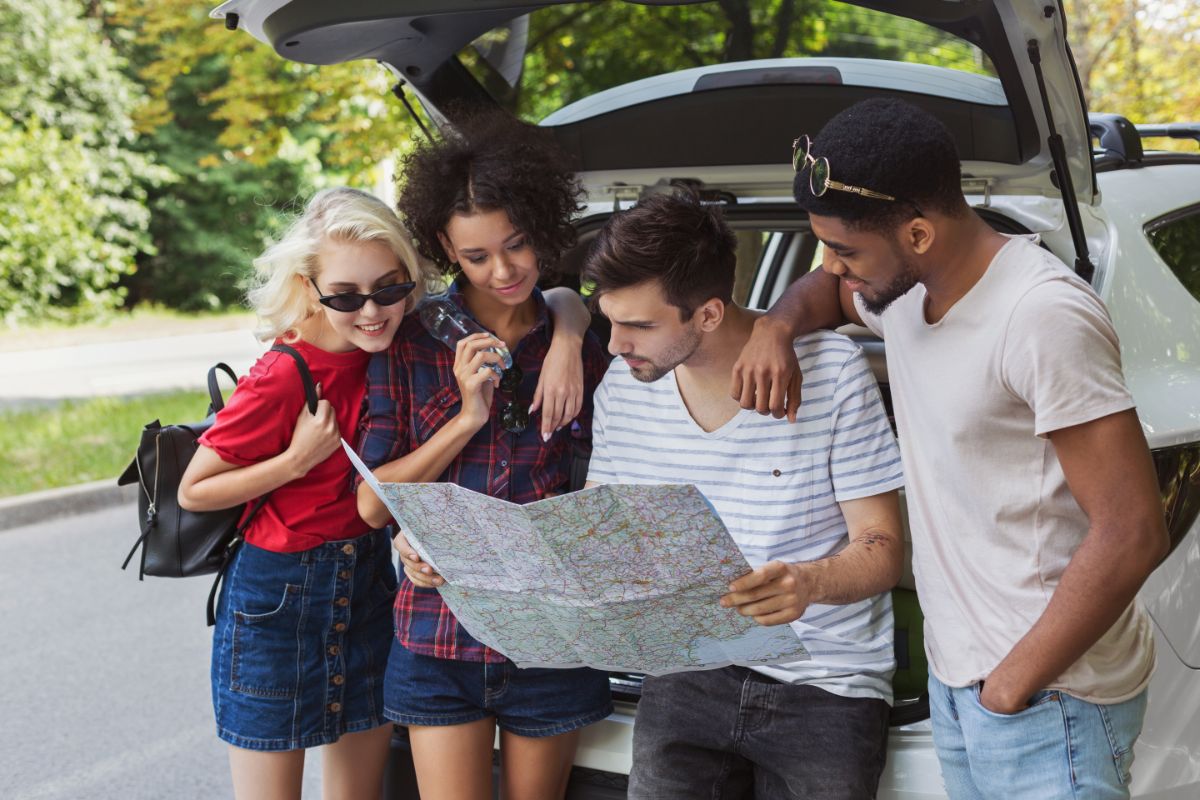 Plan ahead for this game by making a list of objects you want to find on your road trip. Everyone can work together by searching for the objects on the list. Add both easy and hard to find objects, including things you may only see in certain states, to keep it interesting. 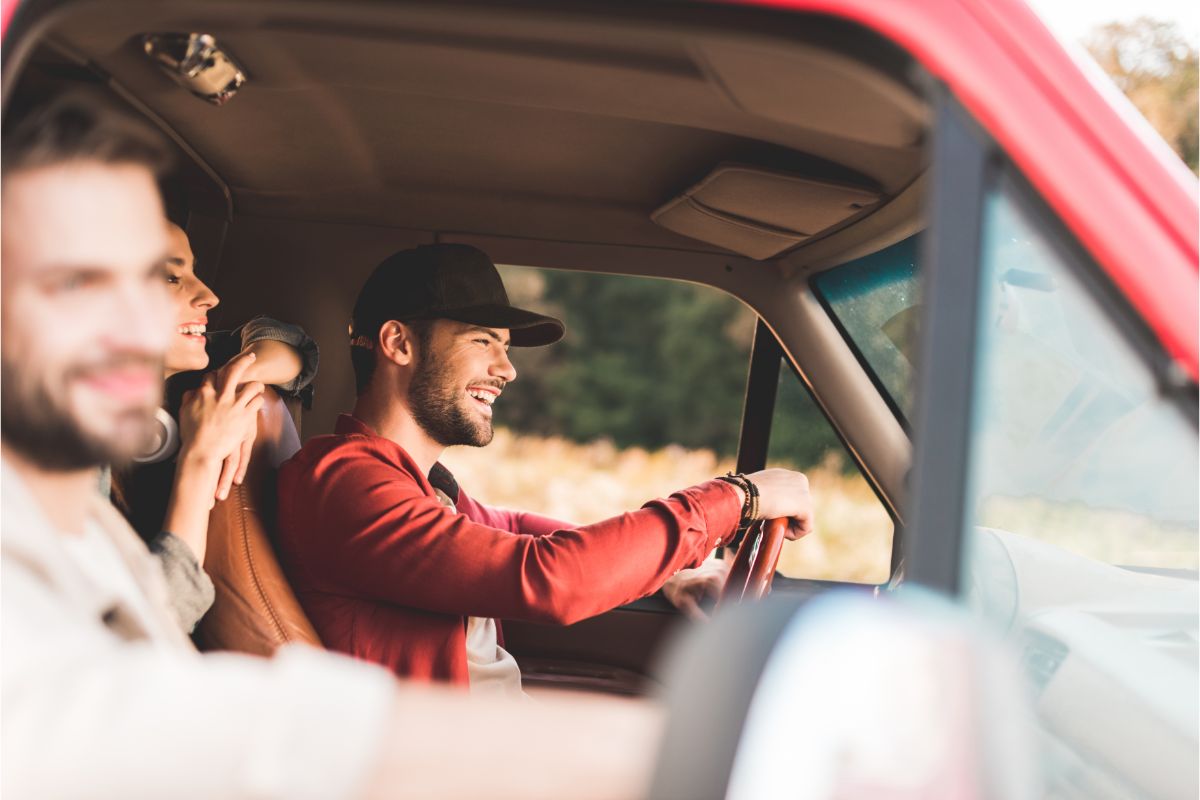 This is an entertaining game that can lead to belly laughing. One person gives a word to start a story, then each passenger takes turns adding one word to the story. Keep going, making the story as fun and crazy as you can, and watch the excitement and laughter grow with the story. Record the story on your phone and enjoy it again after your trip.

Get your playlist ready for this game and set a time limit, like 30 minutes. Have someone play the first few seconds of a song, and the first person to guess correctly gets a point. The passenger with the most points in that 30 minutes gets to control the music for the next leg of the trip. 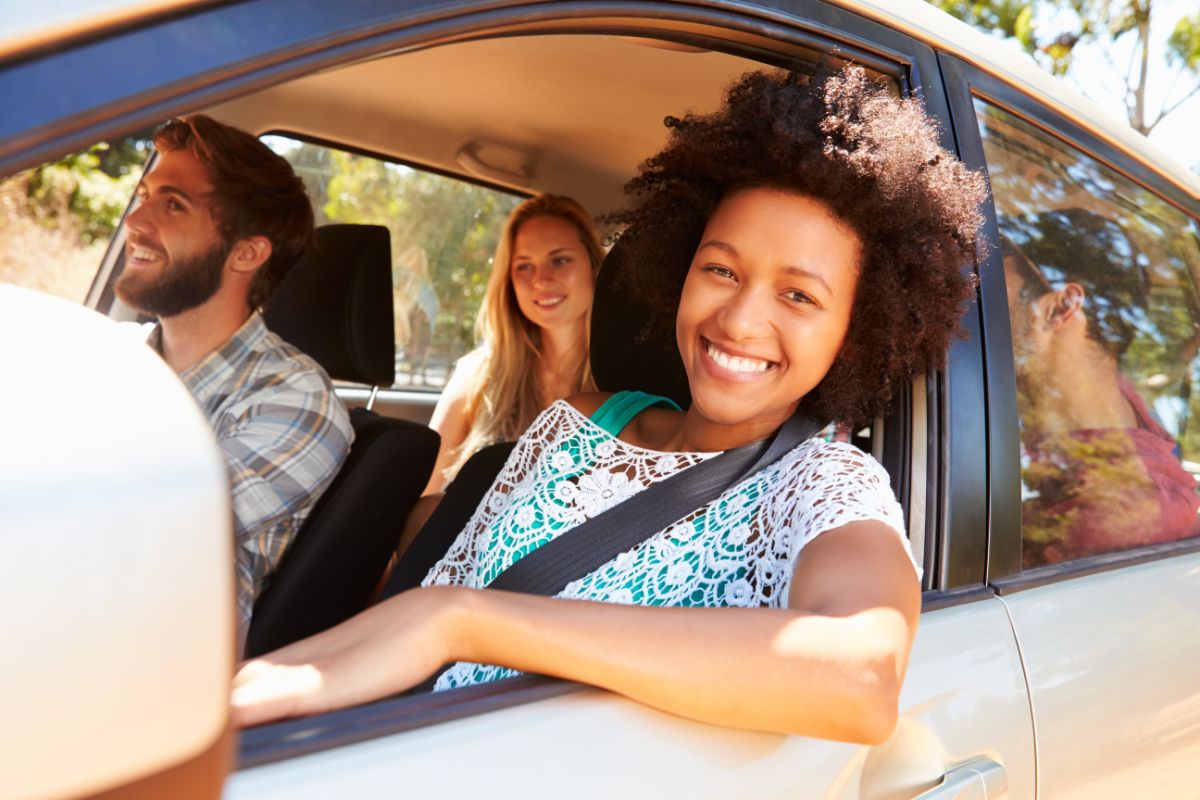 This is a fun game that can also spread some cheer. Flash your cheesiest smile and wave to the passengers in other vehicles that you pass on the road and keep score of how many smiles each of you gets in return.

This is a creative game that takes some imagination. Start by finding a car full of people that everyone can see. Together, create a story about those people, who they are, what they do, where they’re from, where they’re going, and so on. Get inventive and have some fun with it. The sky is the limit with this game. 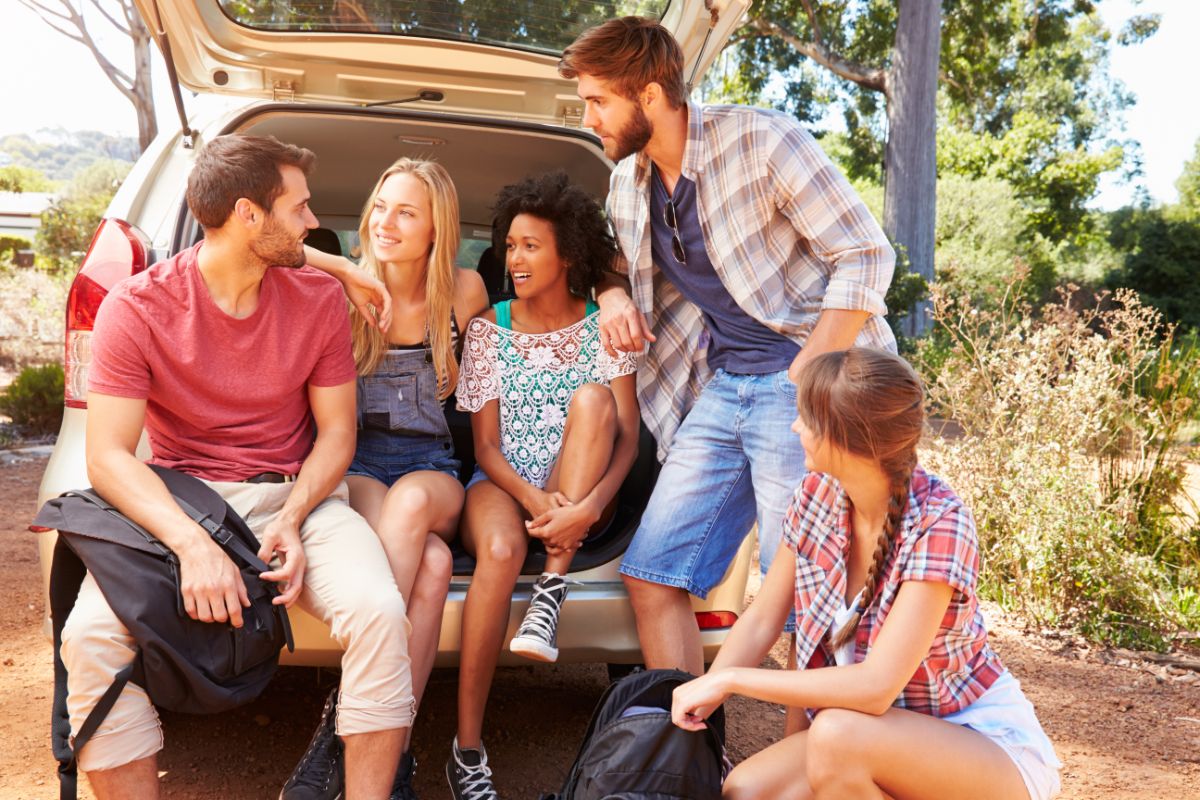 This is a travel twist on the traditional bingo game. Before your trip, create some bingo cards with things you may see along the way. Make enough for each person to have two or three cards and have a master list with all the items. Encourage everyone to look for the items on the list and see who yells Bingo first. It’s a great way to spend more time looking at the sites and less time staring at your phones. 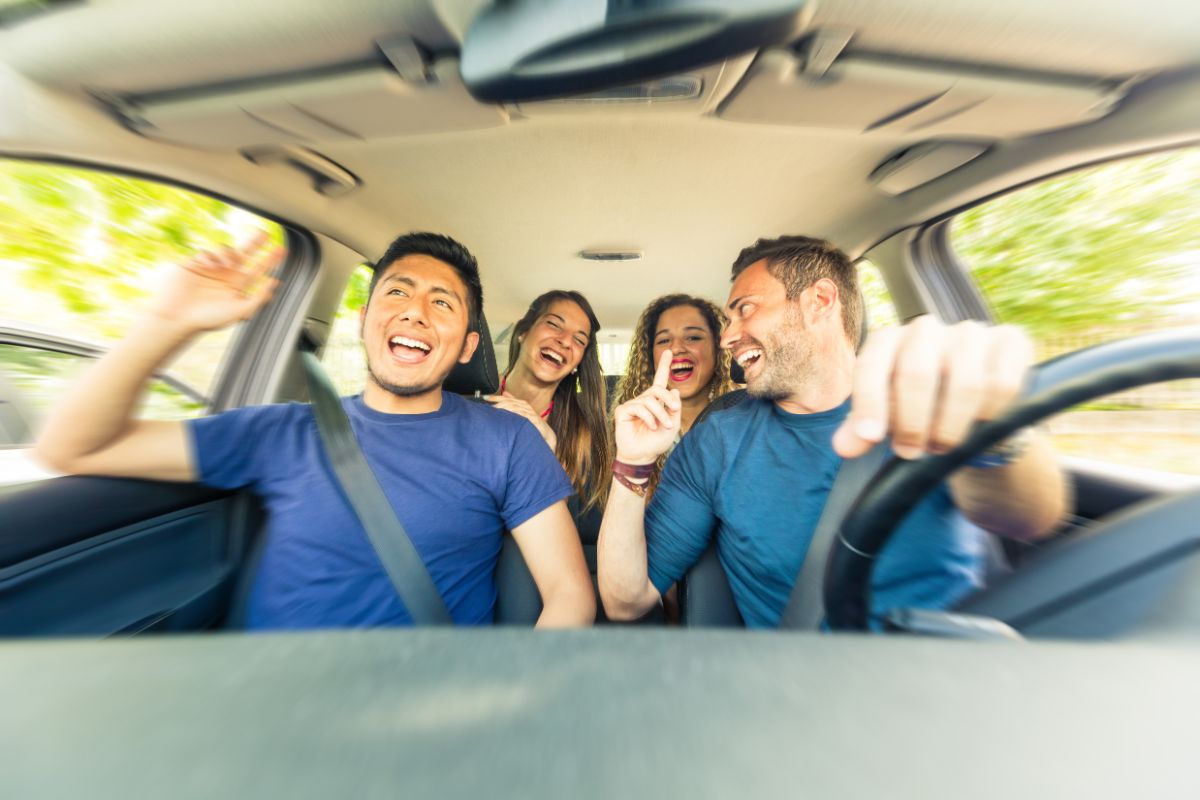 This game is an awesome way to make some noise, use your memory, and show off your singing voice. One person plays the first line of a song, and the others try to remember and sing the next line of the song. The first person to sing it correctly gets a point. If you try and get it wrong, you lose a point. Continue until one person is named the rock and roll star of the road.

This game is an excellent way to test your vocabulary. One person chooses a word, like fan, and the others take turns naming words that rhyme with it, like tan, ban, clan, ran. The round continues until someone can’t think of another rhyming word. Start a new round with a different word and keep playing, saying, neighing, spraying… You get the point! 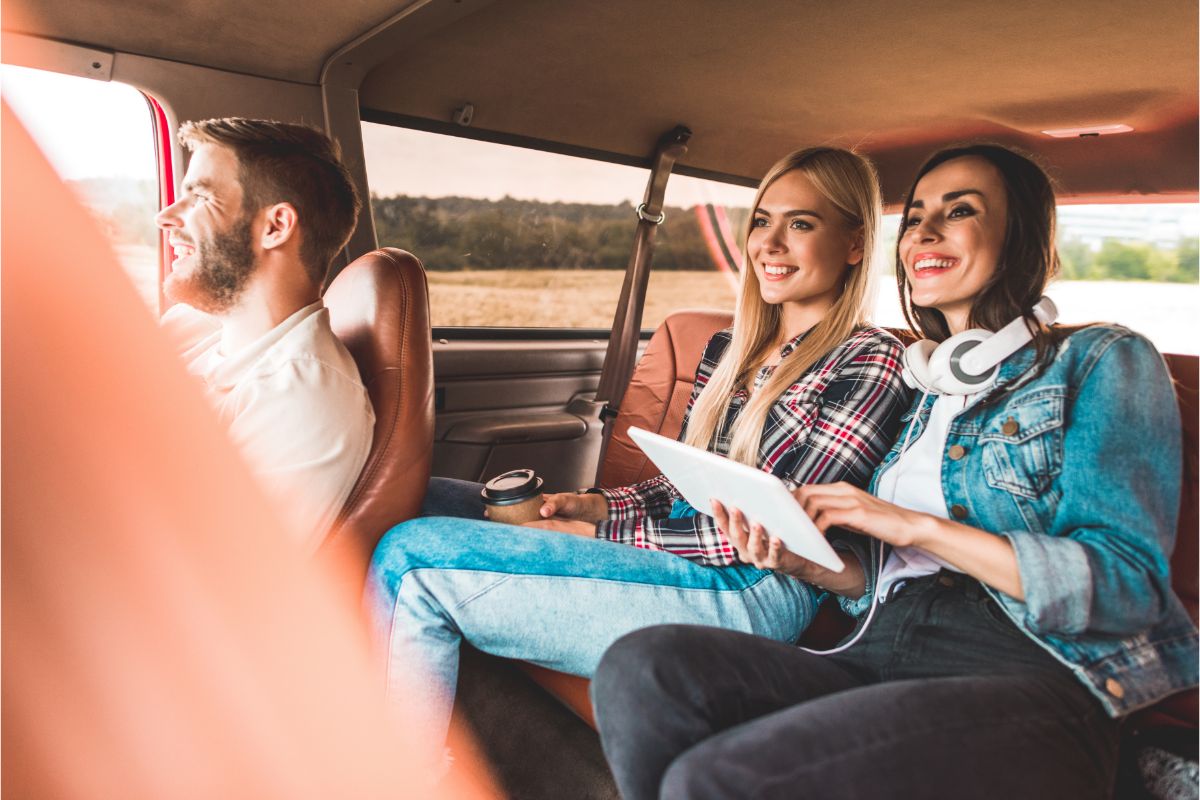 This is another great game using music. Every time a song starts, the first person who names the artist gets a point. The one with the most points by the time you reach your destination wins the game.

This is a fun game for those who love the color yellow. The passengers score points by spotting yellow vehicles – one point for a car, two points for an SUV, and three points for a truck. The first one who spots the vehicle gets the points. If you’re not crazy about yellow, choose a different interesting color, like green, blue or orange.

You can use the same point scale or add some others, like three points for a vehicle that’s more than 20 years old. Who wants to play the blueberry game? 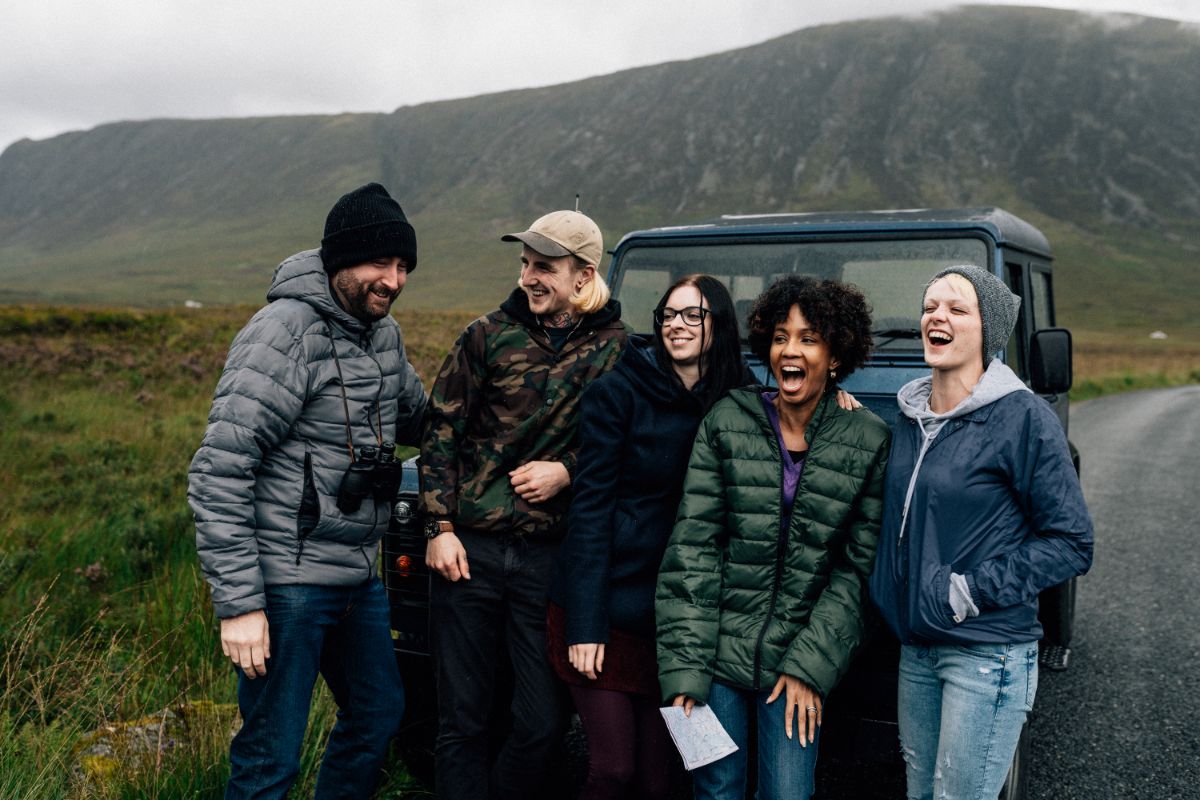 This is an amusing game that can incite a lot of laughter. One person starts with a simple sentence, like “I ordered a hamburger for lunch”. The next person adds a sentence to the story, starting with either unfortunately or fortunately, like “unfortunately, the cook burned it”.

This game is a great way to start a debate. Come up with a subject and have everyone name what should be in the top 10, like the top 10 sports cars, the top 10 restaurants in your hometown, or the top 10 musicians of all time. Start this interactive game when it gets dark and there’s not much to see outside. It will keep everyone awake and attentive and allow you to learn something new about your friends or family.