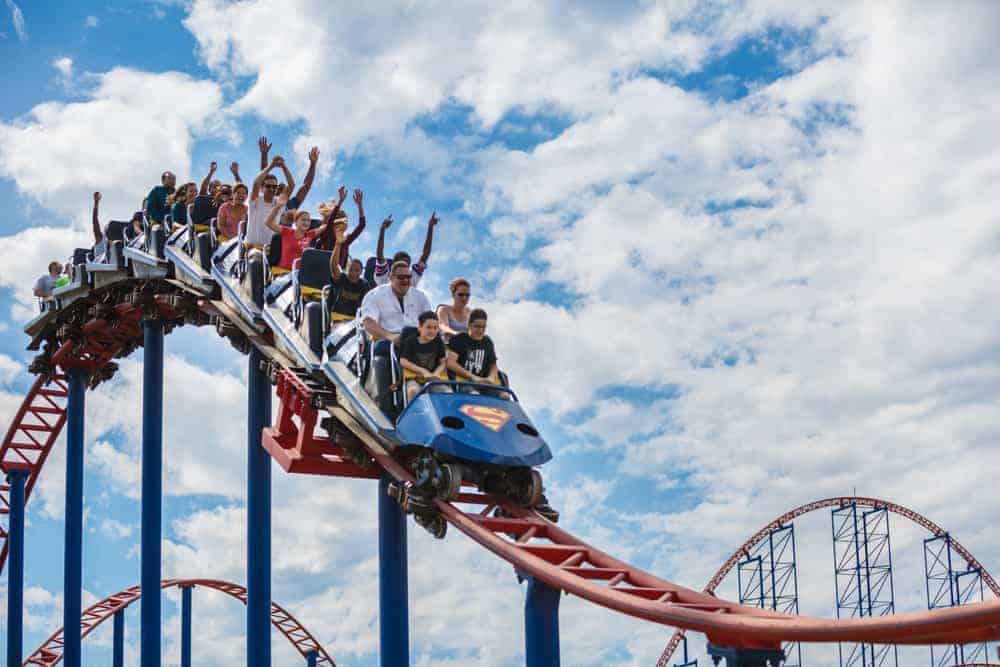 Are you a roller coaster enthusiast? If you’ve been riding roller coasters for a while, you’ll know that there’s nothing that gets the heart racing and the adrenaline flowing quite like a good roller coaster. These amusement park rides inspire both fear and excitement in all who choose to ride them. Yet, despite how much people fear them, it’s very unlikely that you’ll see an amusement park without one. Roller coasters continue to attract scores of people to amusement parks – and for good reason!

Many different types of roller coasters have been developed around the globe. The variations are based on their mechanics, the track layout, the train type, as well as their height. But regardless of the differences, each type promises unique moments of enjoyment and entertainment. We’ve prepared a list of the most popular types of roller coasters with some facts about each of them. 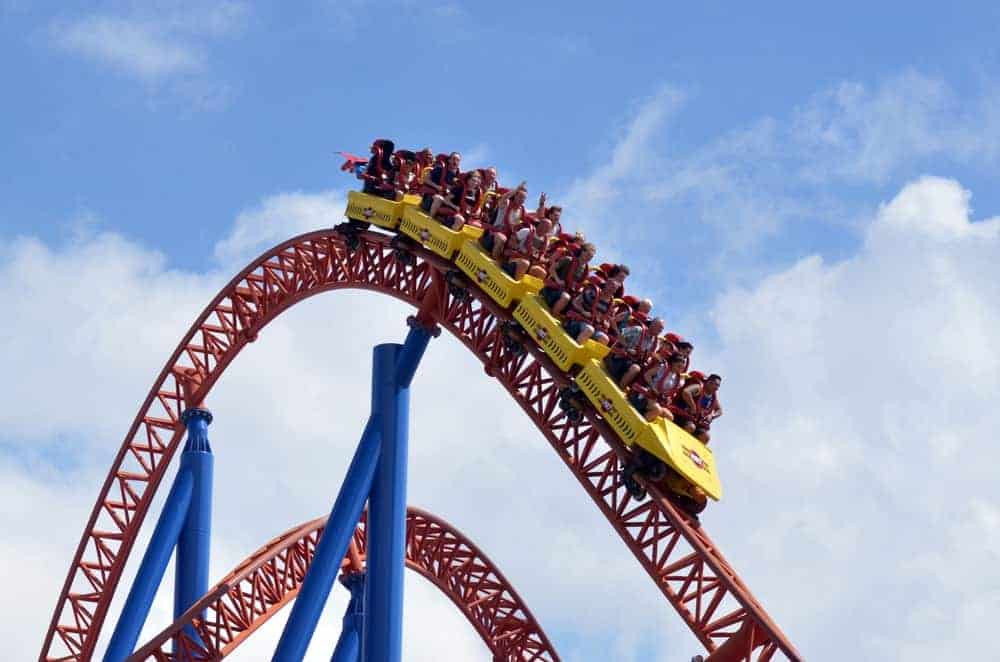 Designed to generate an adrenaline rush like no other, the accelerator roller coaster ensures that optimum speed is reached within the shortest possible time.

An example of such a coaster is Intamin’s rocket coaster in the US. Its hydraulic winch launch system enables continuous and smooth acceleration right from the start. The park-specific layout of this roller coaster is designed to cater to the customer’s budget and space requirements.

Hence, whether you’re searching for low, bullet-shooting rides or high, heart-stopping towers, accelerator rides are a great option. They’re characterized by high speeds ranging from 60 mph to 150 mph and heights between 40 and 456 feet!

See also  What is a Footprint for a Tent? 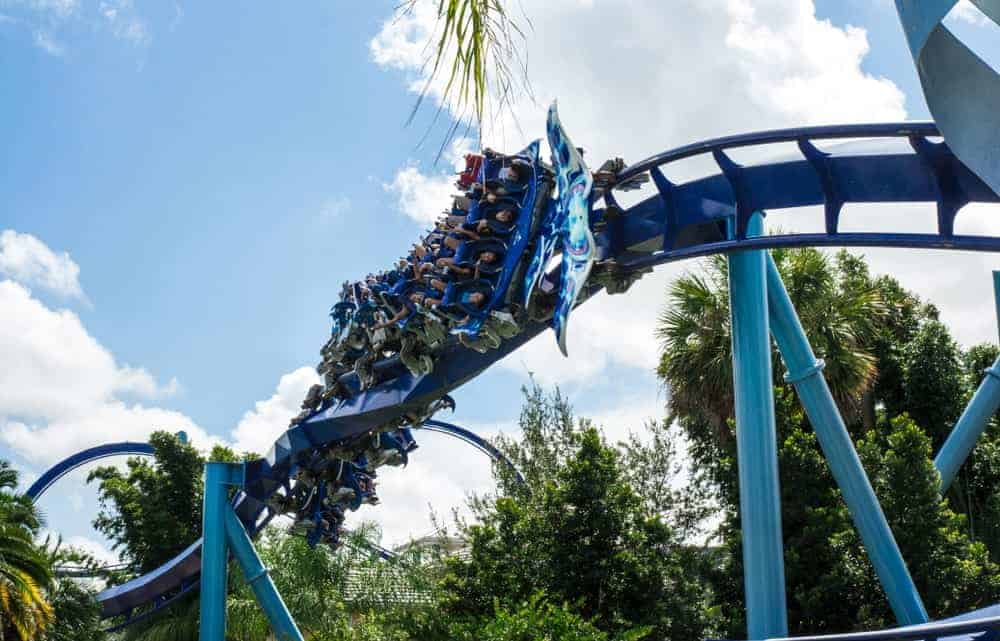 The first flying roller coaster, Skytrak, was introduced in the UK in 1997. It allowed passengers to climb onto it in a way that was like climbing a ladder. Once the passengers were on board, the ride would begin. However, the ride was closed in 1998.

According to Roller Coaster Database, there are as many as 29 flying roller coasters around the world. The most recent one in the US, Manta, was launched back in 2009. The first flying roller coaster was built by Vekoma, the Dutch roller coaster manufacturer, in 2000. It is known as Stealth and is located in Great America in California. Six Flags Magic Mountain and Cedar Point both launched flying roller coasters in the same year called Millennium Force and Goliath respectively. Stealth is nicknamed The Flying Dutchman, and the newer versions launched by Vekoma aren’t much different from this original coaster.

All three Flying Dutchman coasters are located in the US and comprise of trains that load the riders in a seated position but recline just before they are due to be launched. In this setup, the riders are effectively lying on their backs while facing the sky. This initial position might be uncomfortable for some riders, but as soon as the ride begins, all that discomfort fades away as the adrenaline gets pumping.

The newer versions of the Flying Dutchman comprise of multiple riding platforms and slightly longer tracks as compared to Stealth. One problem with Vekoma’s flying coaster design is that riders aren’t allowed to use the locking lap bar combined with the shoulder straps. All three versions have problems associated with shoulder straps in which the locking clips may delay the loading and unloading process.

B&M flying coasters also feature one integrated shoulder restraint and lap bar as a solution to the Flying Dutchman’s two separate restraining devices. To make the experience even more comfortable, B&M coasters added ankle locks to the restraint system to prevent the riders’ legs from dangling. In addition to this, B&M’s recent custom layouts, like those of Manta and Tatsu, make them the two best flying roller coasters on the planet.

Canada’s Time Warp is another exhilarating flying roller coaster designed by Zamperla. It features a row with seats that accommodate up to four riders. Riders need to ride up a ladder into the train and place their hands and head into position before the back of the trains get locked for the launch. Upon launching, the train is motioned into a flying position before being thrown into a spiral-style lift.

Time Warp doesn’t hold riders’ bodies tightly in its train. Instead, riders enjoy some freedom inside the cage-like restraint. Passengers can move a little as the roller coaster turns and spins while on its spiral course. However, many riders feel extremely uncomfortable with this type of restraint as the twists and turns may cause their bodies to roll or get hurt.

When everything is taken into consideration (safety, excitement, etc.), the flying roller coasters manufactured by B&M remain the safest ones on the planet owing to their passenger-centric, safe designs. 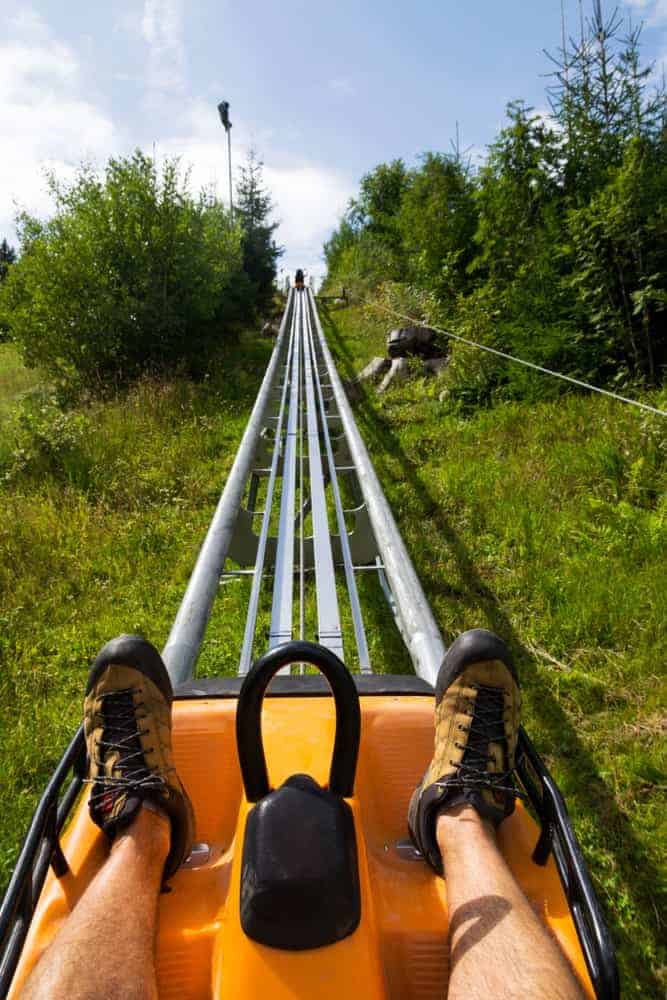 Previously known as flying turns, Bobsled roller coasters comprise of bobsleigh-like cars that race along pipes that are open from the top. The pipes don’t have fixed tracks so that cars can slide freely within the pipes to give passengers the feel of riding a real bobsleigh on snow. Due to their twisted layouts, the gravitational forces at different points will certainly take you by surprise. They are popular as family-style roller coasters.

The first of this kind was King Cobra, introduced at Kings Island in 1984, that operated until 2001. Among the 15 operational stand-up coasters around the world, 7 are designed by Bolliger & Mabillard, 6 by Togo and 2 by Intamin.

Among the most popular ones include Chang at Six Flags Kentucky Kingdom, and Riddler’s Revenge in California, which is 156 feet tall and 4,300 feet long and is regarded as the ‘King of the stand-ups.’ This particular stand-up coaster covers six aversions, including 2 dive loops, 2 corkscrews, a vertical loop, and an inclined loop. Some other stand-up coasters include Shockwave at Kings Dominion and Mantis at Cedar Point.

While the train is parked in the station, a floor is used to load and unload riders. Similarly, a gate is placed right in front of the front row when the train is stationed. This is because the roller coaster itself doesn’t have anything in front of the front row to prevent riders from walking over the edge of the station. This gate and the station floor aren’t removed until all the over-the-shoulder restraints are locked. After the ride, when the train returns to the station, the gate and floor are brought back.

Besides this, the German roller coaster manufacturer, Maurer Sohne, developed a sophisticated version of the floorless roller coaster known as the X-Car in 2003. Despite having no over-the-shoulder restraints, the X-Car allows passengers to be upside down for a longer period of time during the ride. It is located at Magic Springs and Crystal Falls in Arkansas, US.

Dive coasters are steel roller coasters designed to feature extreme vertical drops. The thrilling sensation of staring down and being dropped from enormous heights attracts a countless number of visitors.

The only manufacturer of this breathtaking roller coaster is Bolliger and Mabillard. The first dive coaster, known as Oblivion, was made operational in 1998. The coaster takes its riders up to six stories, stops at the top, and drops them from 160 feet into a dark black hole.

Oblivion was soon followed by G5 in Taiwan, while if you reside in the US and are a fan of dive coaster rides, you can’t miss the completely vertical, 90-degree drops from 200 feet of either of the two dive coasters in Florida and Virginia. These include Griffon at Busch Gardens Williamsburg Amusement Park, Virginia, and Sheikra at Busch Gardens Africa in Tampa, Florida.

For fans of Oblivion, Sheikra in 2005 took the idea of dive coasters to a whole new level. It retained the train length and large drop characteristics, but it also featured a completely vertical drop, added an inversion, and a fantastic water-splashing finish. 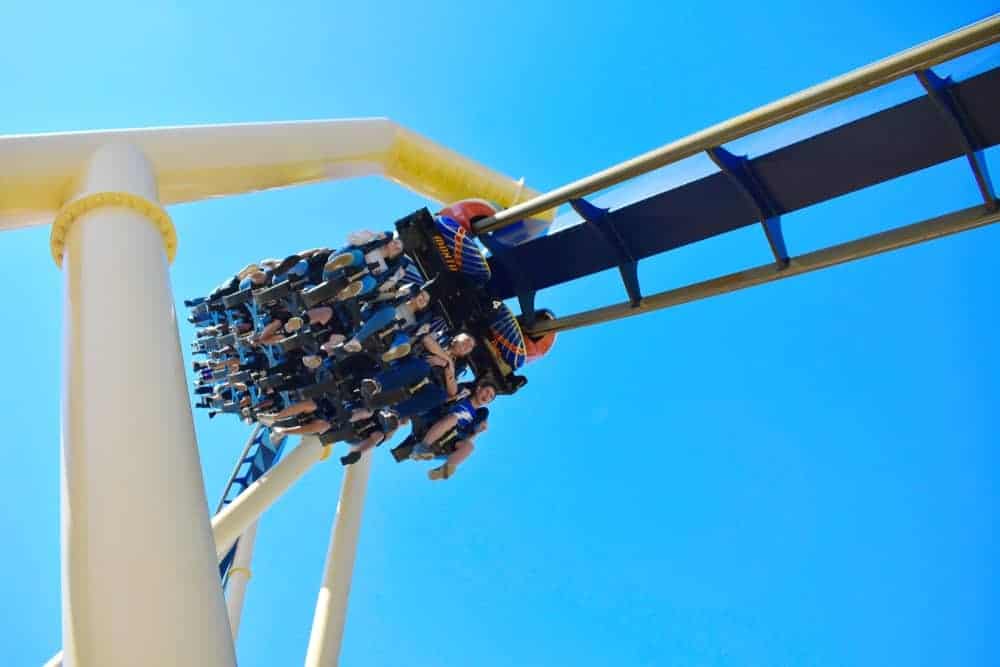 Some roller coaster enthusiasts complain that inverted roller coasters are meant to entertain the riders in the front row only as they’re the ones who feel the unobstructed rush of the wind and see what’s ahead, getting the true flying experience. On the other hand, those seated behind are deprived of this. You’ll often see long queues for front row rides; however, those who’ve had the chance to occupy the back row seats have great experiences as well, as the wind forces are even more intense at the back of the train.

B&M, with its launch of Batman: The Ride in 1992, pioneered the concept of the inverted roller coaster at Six Flags Great America. It turned out to be so popular that dozens of its clones were developed around the world.

Like B&M’s previous stand-up coasters, its inverted design features a four-across seating arrangement but with a relatively higher capacity of 8 rows. In addition to its inverted design clones, B&M continues to work on custom inverted coasters at a number of theme parks. To name a few, Nemesis at Alton Towers, Montu at Busch Gardens Tampa, Raptor at Cedar Point, Afterburn at Carowinds, Alpengeist at Busch Gardens Williamsburg and Talon at Dorney park are the most popular inverted coasters in the US.

With the advent of dive coasters, flying coasters, and floorless roller coasters, however, the inverted design became unpopular for a while until the launch of B&M’s Banshee at King’s Island in 2014. Featuring a restraint style similar to that of flying roller coasters, Banshee offers a custom inverted coaster design.

See also  10 Must-Visit Hawaiian Beaches on Your Next Vacation

In the presence of so many inverted roller coasters all over the world, Banshee’s new design may not be considered a great innovation, but it continues to provide an exciting experience for all who choose to ride it.