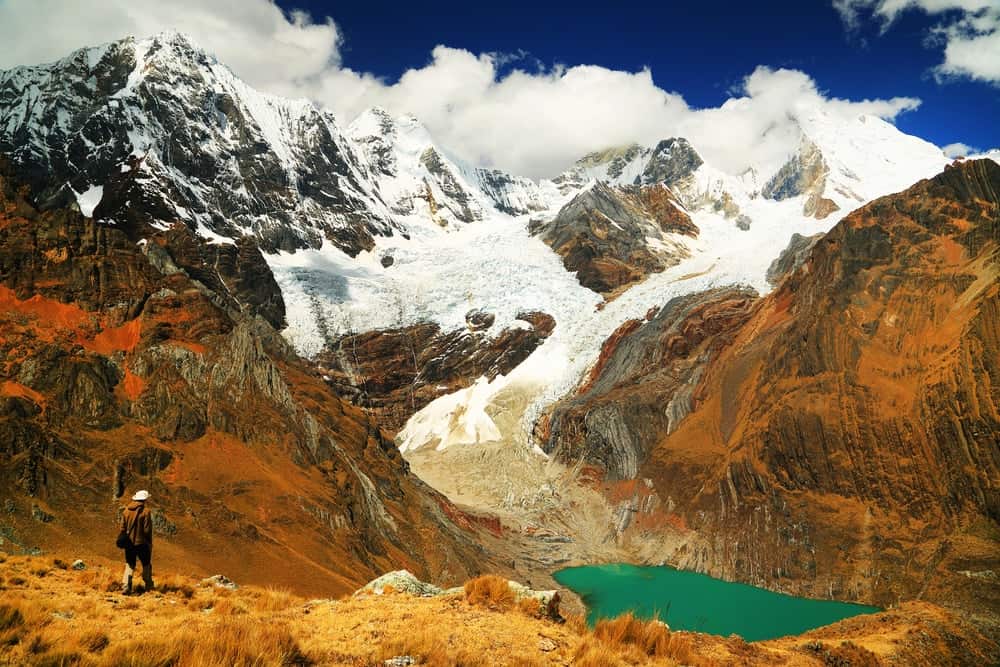 There’s something about the breathtaking Andes that calls out to climbers. Perhaps it’s the ice-frosted peaks or the wisps of pure white smoke on the snow-capped volcanic cones. Whatever it is, there’s an almost magical and spectacular satisfaction that comes with the thrills of climbing the longest chain of mountains on our planet.

But the Andes Mountains in South America only calls to the brave-hearted. It is an experience only to be had by those with lots of physical and mental endurance, stamina, special training, experience, and, of course, the right gear.

If you think you’ve got what it takes to heed the call, then I invite you to check out this list of the highest climbable mountains in South America. 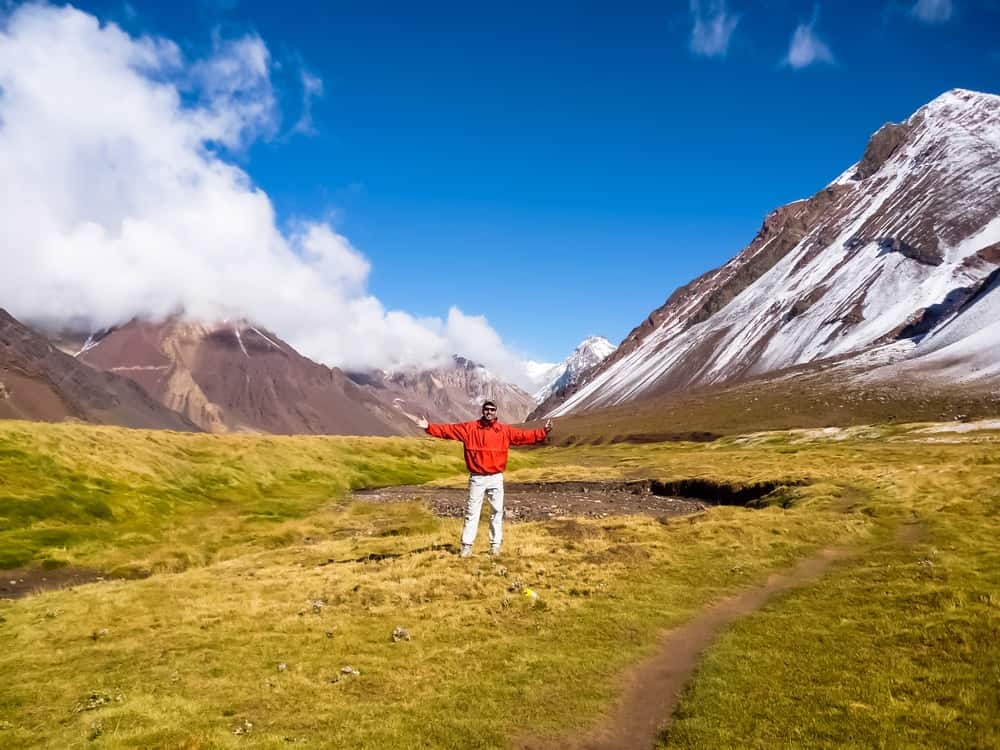 What better place to start than the highest mountain in the world (besides the Himalayas). With an elevation of only a few meters short of 7,000, Mount Aconcagua in Argentina towers as the highest peak in the Andes. Dubbed “the Sentinel of Stone,” Aconcagua is one of the most sought after summits in South America.

If you must survive this climb, you’ll need to bring along oxygen – lots of it. Besides the bad weather at the top of the mountain, there’s a serious shortage of breathable air. If you are lucky to make it to the top of Aconcagua, you will be out of breath – literally!

But it’s not just thin air that will take your breath away once you get to the top of this mountain. From a height of about 7,000 meters, the views are nothing short of breathtaking – and that’s in the literal sense of the word!

See also  Maui Vs. Kauai – Which Hawaiian Island Should You Explore First?

If you’ve not been on such high altitudes before, you will need to monitor your ability to adjust. You will also need to be in good physical condition to carry a rucksack while trekking at that altitude. Take on this behemoth only if you have experience with winter camping, multi-day trip, and comfortable with climbing up to an altitude of at least 6,000 meters. 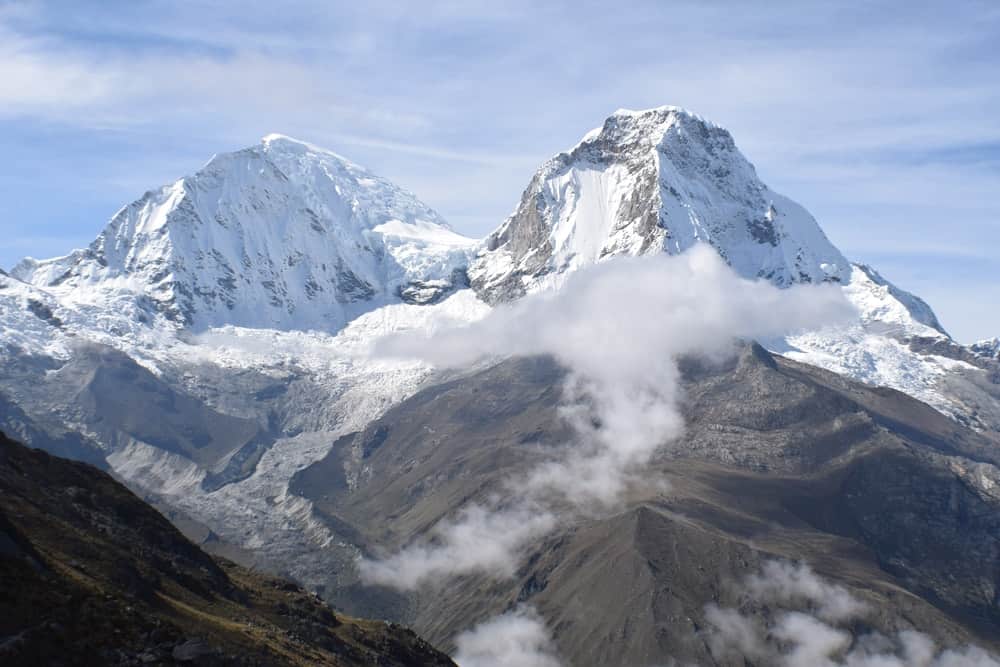 Peaking at an impressive 6,768 meters, Mount Huascarán proudly takes its spot as one of the tallest mountains in South America, and definitely the highest in Peru. It is a favorite spot for both tourists and mountaineers.

As you’ll expect, climbing this mountain is not a walk in the park, even for the experienced trekker. Expect avalanches if you’re climbing after snowfalls. Unpredictable icefalls are common, too, especially when crossing active avalanche spots where there are debris fields. You will need to move fast in those zones.

You may also experience some white-outs due to low-forming clouds. Night temperatures can get as lows as -25oC, and the route to the summit is fraught with crevasses. 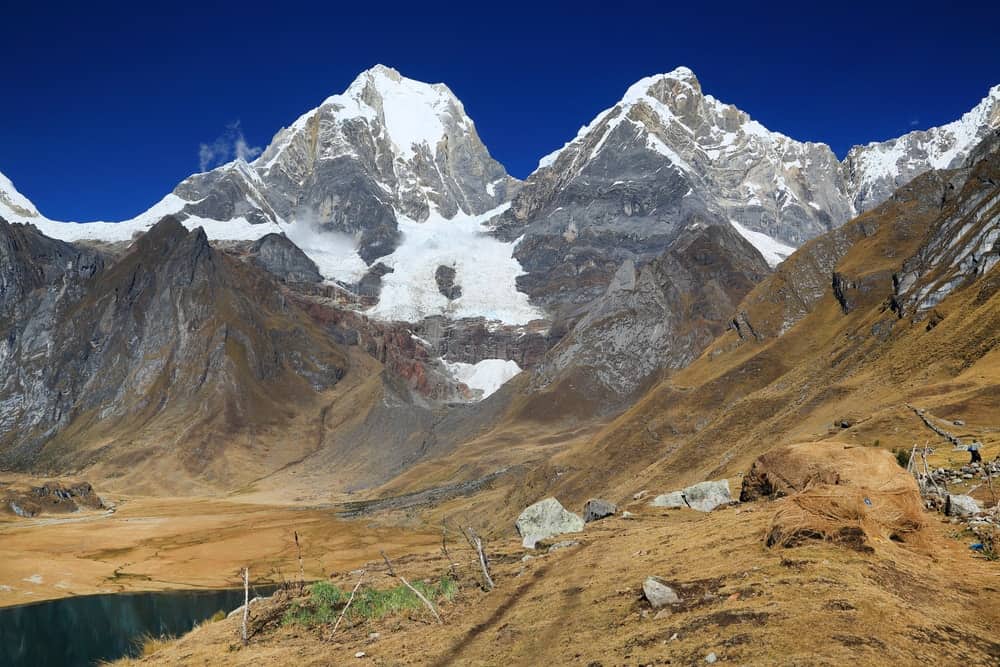 The summit of Yerupajá is the second-highest peak in Peru and the highest point in the enormous Amazon River watersheds, reaching an imposing height of over 6,600 meters.

Climbing the Yerupajá Mountain requires some tricky maneuver through a razor-thin ridge covered in fragile snow flutings. With lots of overhanging ice and near-vertical climbs, this trek is definitely not the type of mountaineering for the faint-hearted.

Given its high elevation and all the obstacles, it is not surprising that only a few climbers ever ascend this mountain successfully. The best times of the year to climb Yerupajá are from May to September. 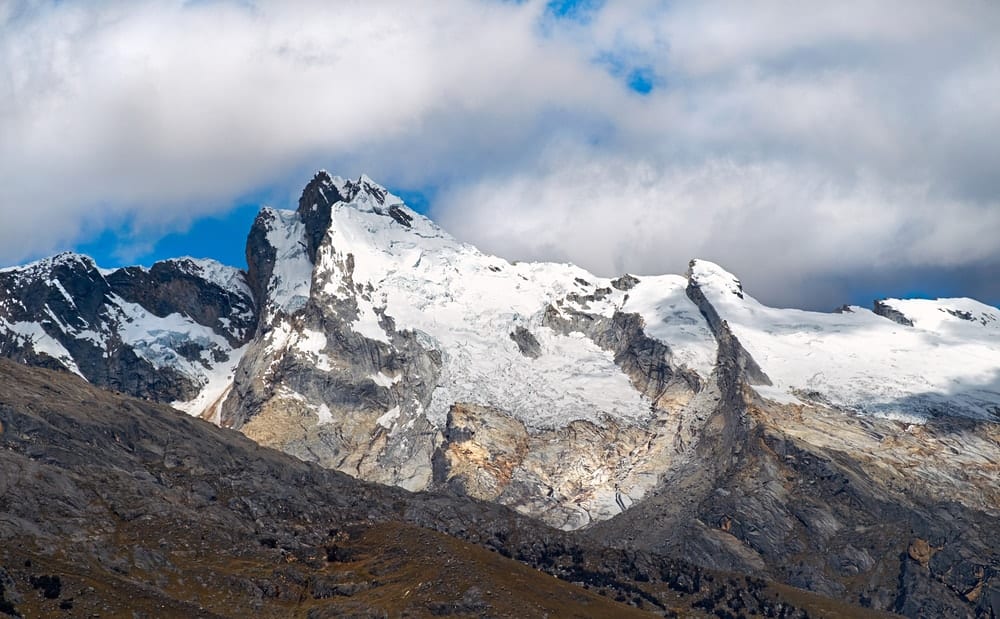 Mount Huantsan is one of the rarely climbed mountains and for good reasons. At almost 6,000 meters, peaking in the southern Cordillera Blanca, the mountain is only accessible through a limited number of routes. But the major concern is that those routes are dangerous, complicated, and difficult, which explains why it is one of the least climbed mountains in South America.

However, hikers who make an effort are rewarded with one of the planet’s most exceptional views of the Andes. Here’s the thing, though, you’re going to need plenty of mental and physical strength to ascend this rarely climbed mountain. 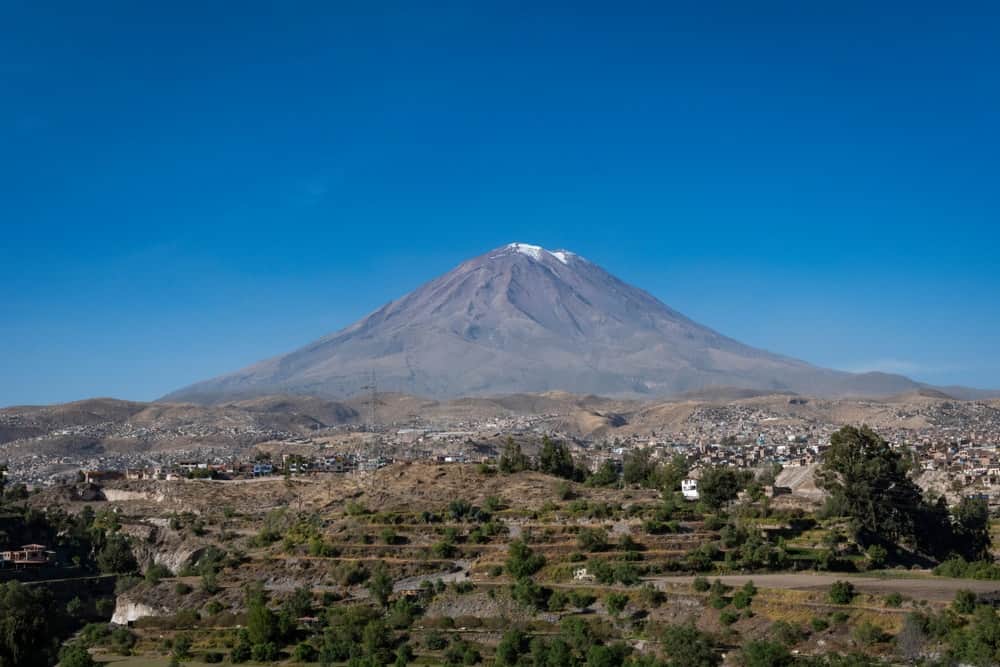 Located in the remote and dry Southern parts of Peru, Ampato is a dormant composite volcano in the Andes. At 6,288 meters, Ampato is the second-highest mountain in Arequipa.

The route to the summit is through some glacier travel. Expect some scrambling to the ridge, too. You will need to bring along extra water, especially during camping on the dry and empty desert. From Arequipa, it takes most summiteers about four days to make a round trip to the peak. 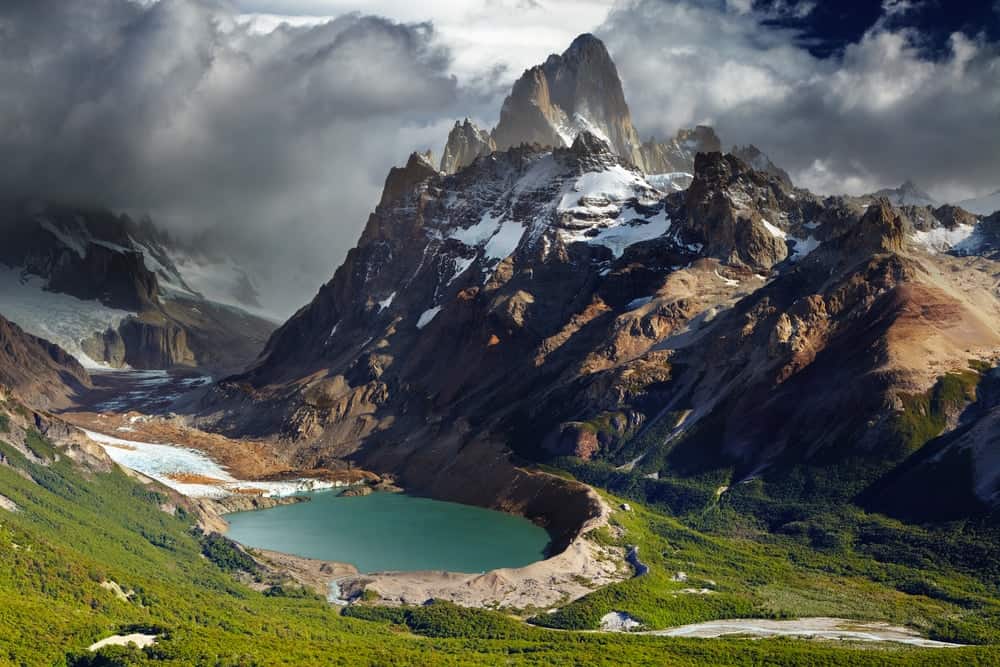 Fitz Roy is a mountain located in the ice field of Southern Patagonia (between the borders of Argentina and Chile). There’s a lot of trekking and meandering to do on the trails along the foothills, but the granite summit is the main attraction.

The walking distance to the base of the mountain is about 24 km and 26 km, depending on whether you go through the Hostaria el Pilar or El Chalten trails. Bring along your food and drinks during the trek. You can get safe water to refill at the river.

It’s easy to follow the trail because it is well marked, and the trek is nice and easy, too. However, expect some difficulty when you get to Campamento Poincenot. Getting to the base of Mount Fitz Roy is a steady uphill walk that is steeply inclined. The paths are rocky and full of small boulders, so you need to watch where you step.

At 3,359, Mount Fitz Roy is obviously not so high, but it is definitely a tough mountain to climb. Most hikers find that the whole trek takes roughly 10 hours, including breaks. Overall, it has been reported to be one of the most rewarding and incredible hikes for those who’ve scaled the mountain. 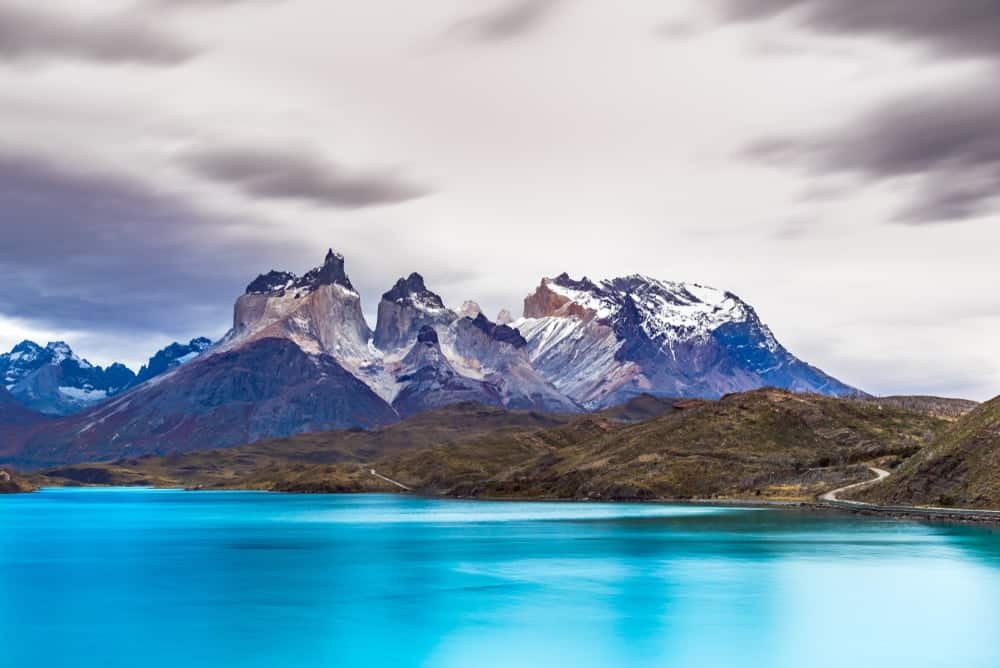 Chilean Patagonia is home to the Cordillera Paine – a group of mountains granite peaks in Torres del Paine. One of these mountains is the Central Tower, which measures about 2,460 meters.

Granted, the Central Tower is not at a high altitude as the rest of the mountains on this list, but it deserves a spot here because of its challenging route. Scaling this near-vertical granite rock requires more than mere mountaineering.

You will need a certain level of climbing skills to surmount the Central Tower successfully. You will find it rewarding, though, as many hikers who consider it a popular trekking spot.

Tips and What You Need to Know

See also  What is Walk Up Camping?