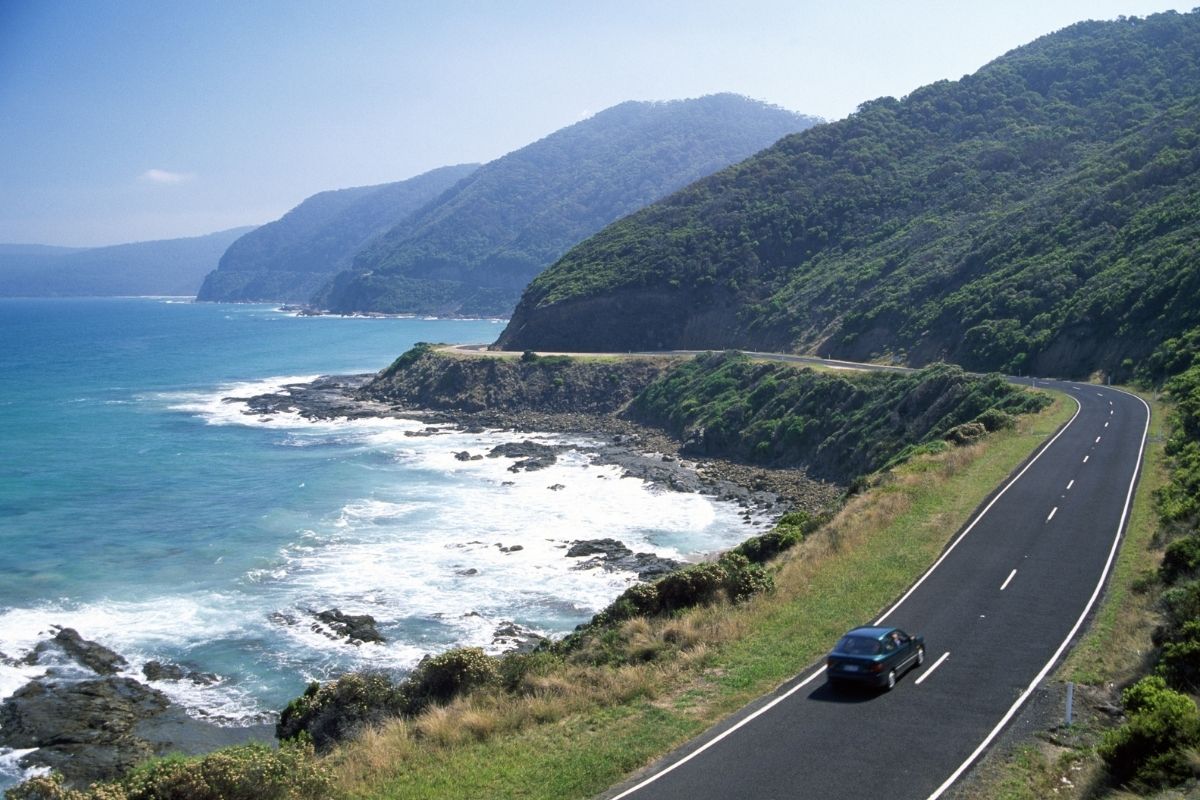 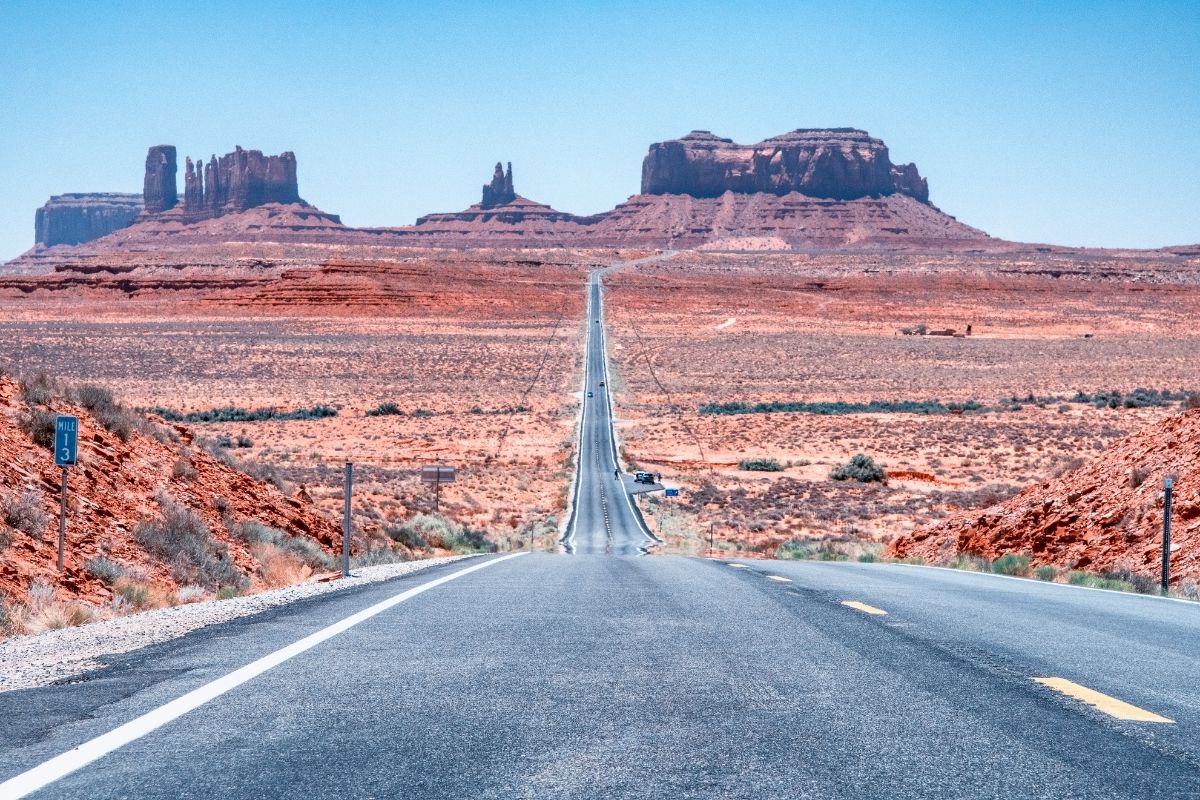 You can’t really even start a list of best American road trips without including the famous Route 66, celebrated in song and still heralded as part of a cherished bygone era.

(Even the 2006 Disney animated movie Cars celebrated it!) The original route went from Chicago to Santa Monica — if you’re looking to recreate it, you’ll need to mostly follow current interstate routes, though you’ll be aware that you’re on the right path driving through cities like Oklahoma City and Albuquerque that celebrate it. 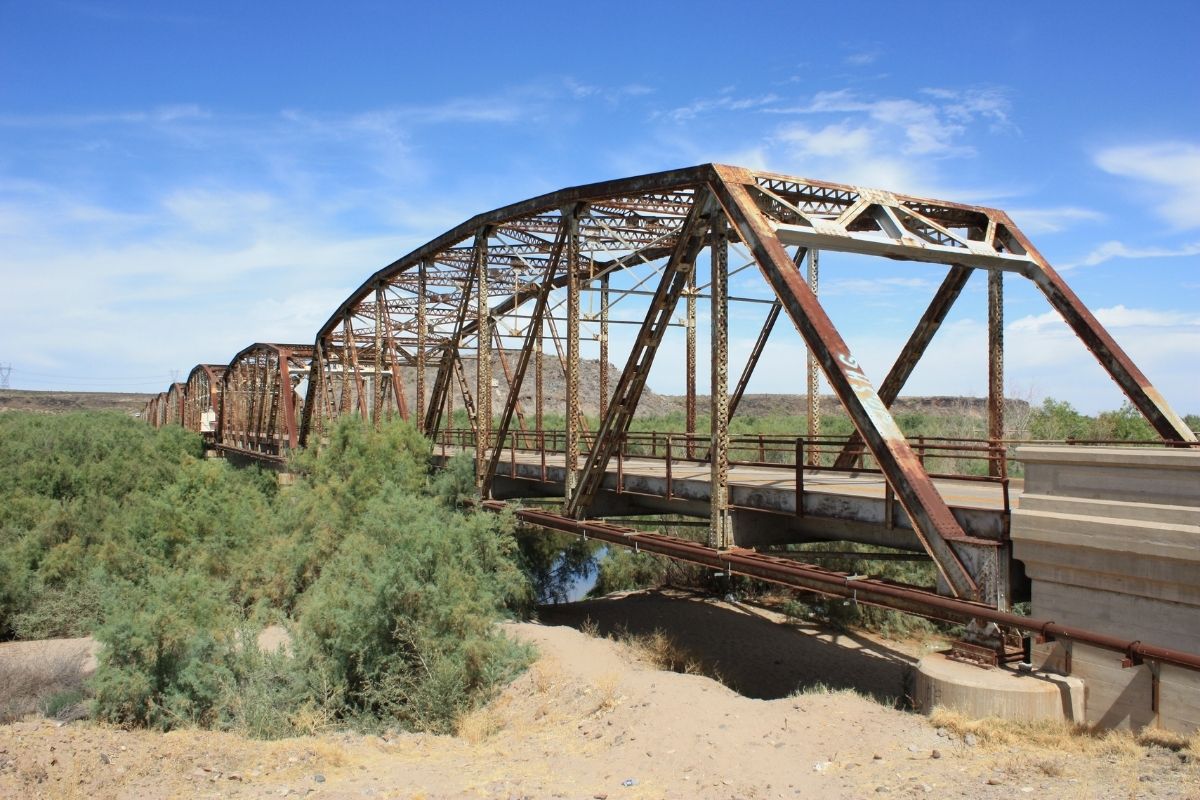 This cross-country route, also known as the Dixie Overland Highway, got the US-80 designation in the 1920s, according to a Federal Highway Administration history.

The route’s not so streamlined now, with interstates providing the most direct route, but by following California State Route 94 and U.S. Interstate 8 out of San Diego, you can start on a coast-to-coast adventure that will take you along the Mexican border through Arizona and New Mexican deserts, through miles and miles of Texas up to Dallas, and then through the heart of the South before arriving at Savannah’s lush quaintness and just beyond that to its Tybee Island terminus. 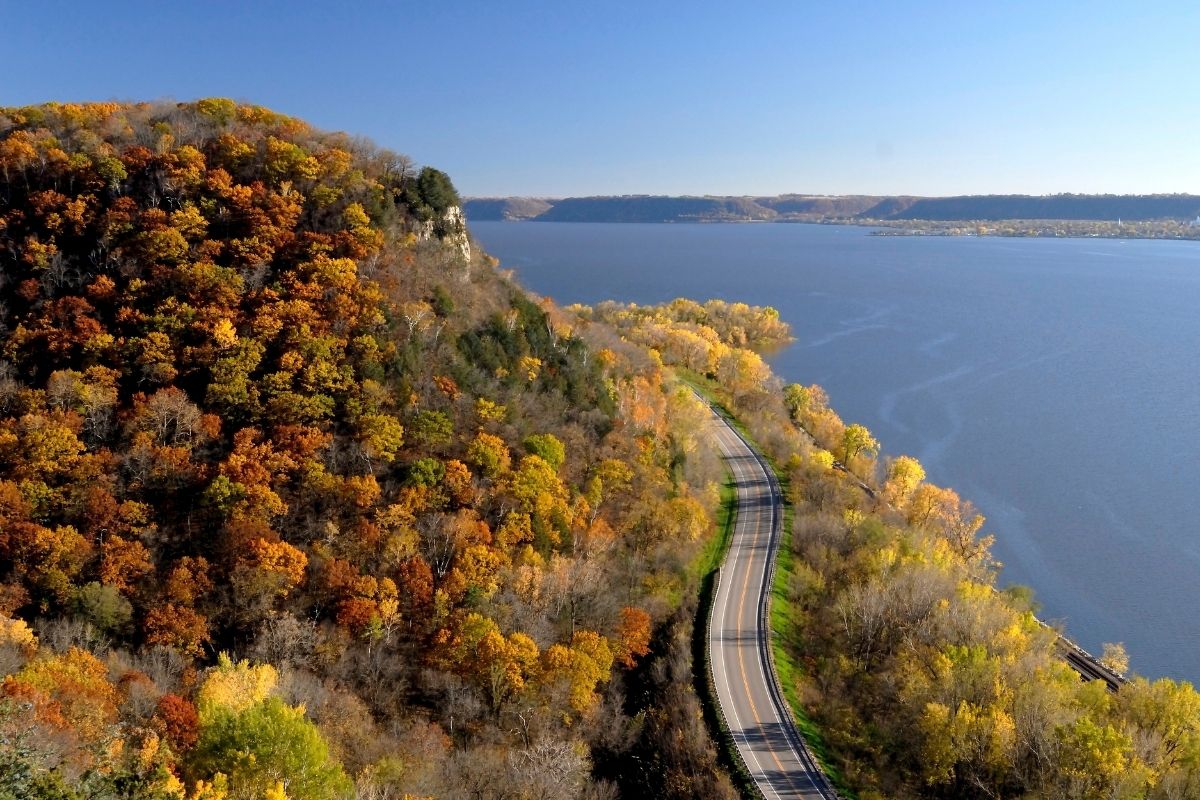 When people think cross-country road trip, they might first think of a West Coast to East Coast, sea-to-shining-sea experience, but the Great River Road offers a unique way to explore the U.S. north to south — by following the Mississippi River from Lake Itasca in northern Minnesota, drivers can experience the totality of the river by following a number of smaller highways that skirt the river’s edge.

See also  4 Types of Classes on a Plane (Are There Clear Distinctions?) 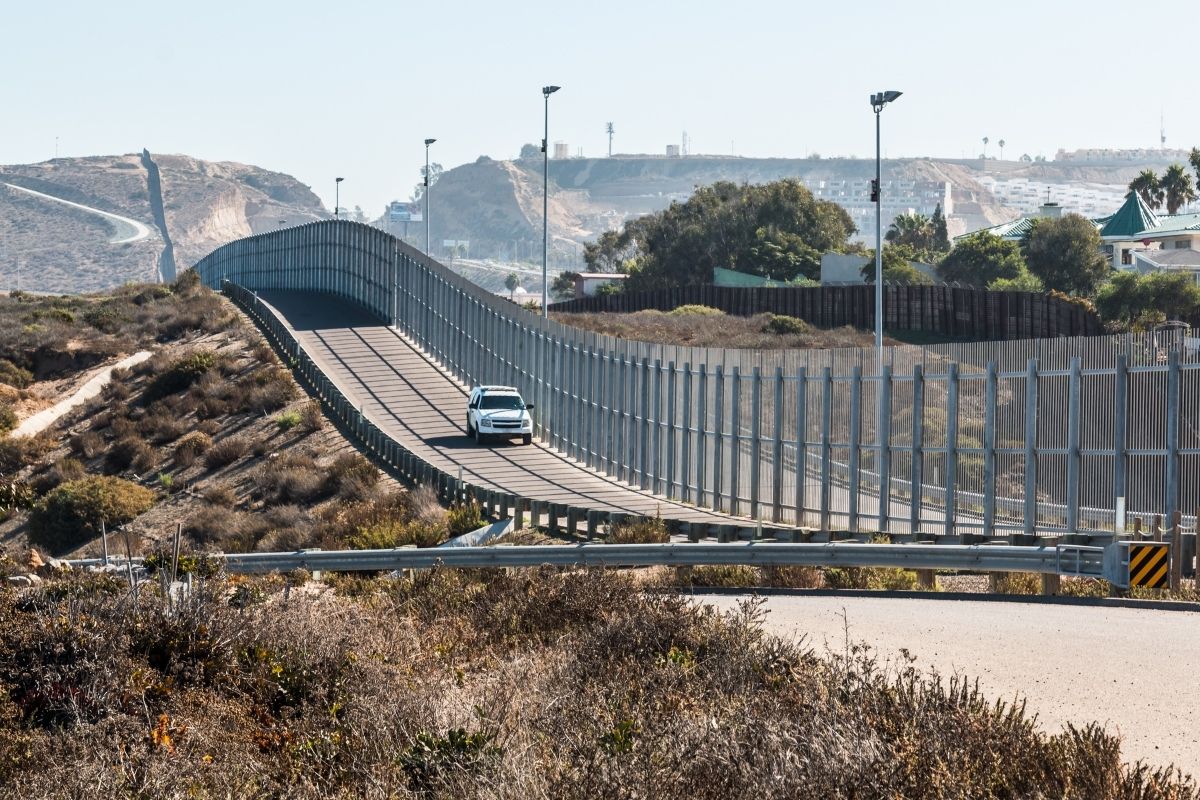 Another north-south option for travelers is a Canada-to-Mexico route that starts in one of Alberta’s most wondrous national parks en route to stunning Lake Louise and beautiful Banff — and that’s just the Canadian leg of the trip.

Once you cross the border, you’ll be wowed by Montana’s Glacier National Park, Idaho’s Craters of the Moon National Park, and Nevada’s Great Basin Highway.

Then, after all that natural splendor, you’ll encounter the utter antithesis of all the with Las Vegas, en route to Southwestern landscapes. Readers’ Digest’s Carrie Bell noted, “In practice, it’s a tri-lingual adventure of unquantifiable value.”

The Road to Nowhere 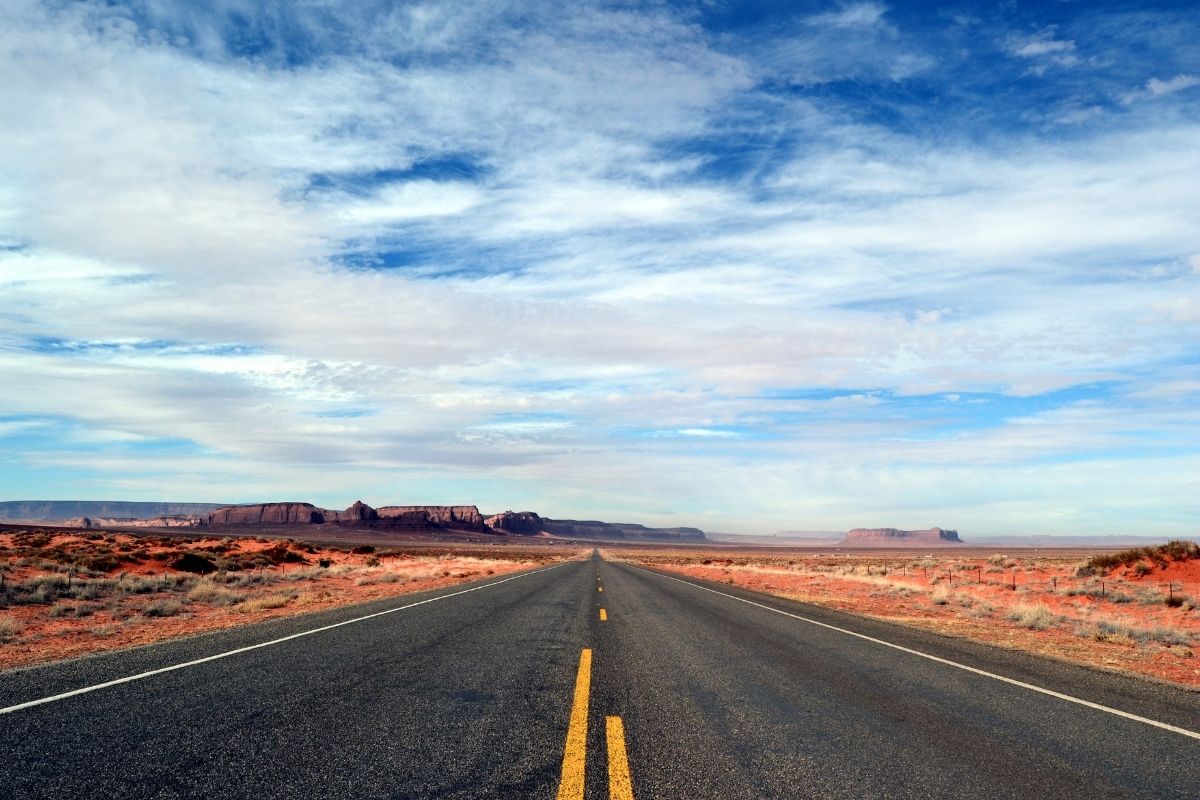 US-83 is another north-south route that preceded the modern interstate system, and though traveling the whole route requires you to start in Manitoba, we’re recommending a route of just over 1800 miles starting at a historic Native American site, traveling through a mostly-rural stretch of the American heartland, though the route also explores the diversity of Texas, going through Abilene to Laredo and then weaving through the Rio Grande Valley before arriving at a popular beach destination. 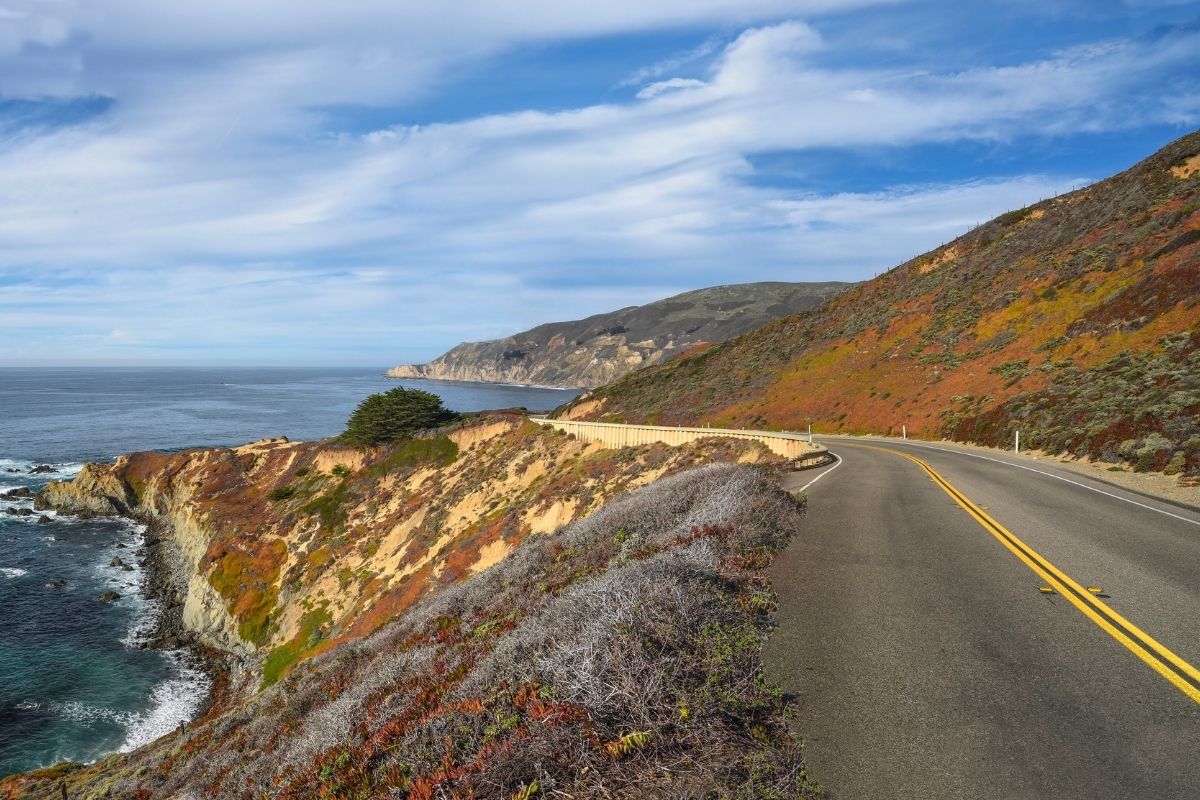 While it’s faster to get down the West Coast states via I-5, taking U.S. Highway 101 and California’s Highway 1 — the fabled Pacific Coast Highway – offers you the diversity and splendor of the true West Coast.

From the Olympic National Forest’s rain-soaked evergreens to Southern California’s sun-soaked beaches, you’ll experience what Road Trip USA gushed as a “still mostly wild, open, and astoundingly beautiful country, where you can drive for miles and miles and have the scenery all to yourself.”

While the PCH’s southern terminus is in Dana Point, you’ll want to take the I-5 route all the way down to San Diego, just to detour to the beaches in La Jolla where seals frolic and the full splendor of the ocean provides an unforgettable experience. 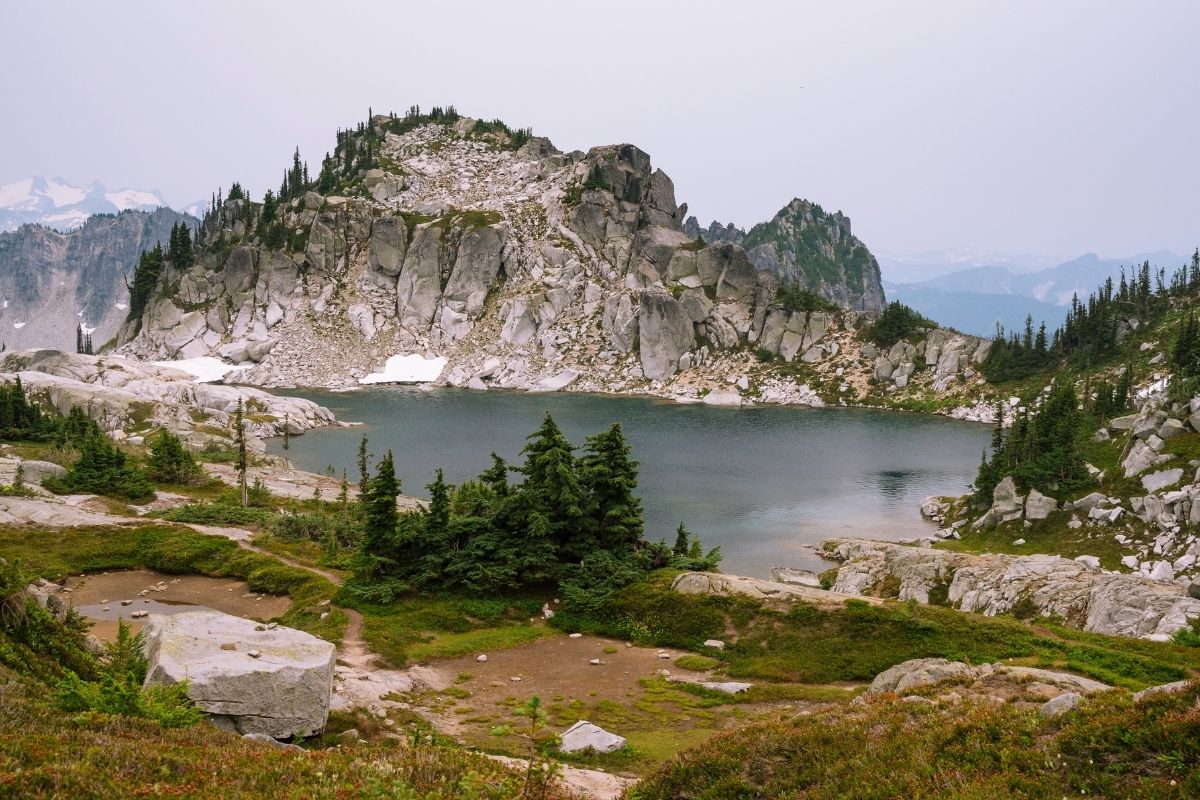 Less an hour north of Seattle, Everett connects I-5 with Highway 2 and the beginning of a glorious 440-mile loop that allows people to explore the North Cascades, and with the assistance of a famous Washington State Ferry, beautiful Whidbey Island to boot.

The site boasting that it’s “Washington’s Ultimate Road Trip” divides the route into nine sections — and no matter how much of it you tackle, make sure Leavenworth’s on your list, as it’s a German-themed town that will make you wonder if you’ve been transported from the Cascades to the Alps. 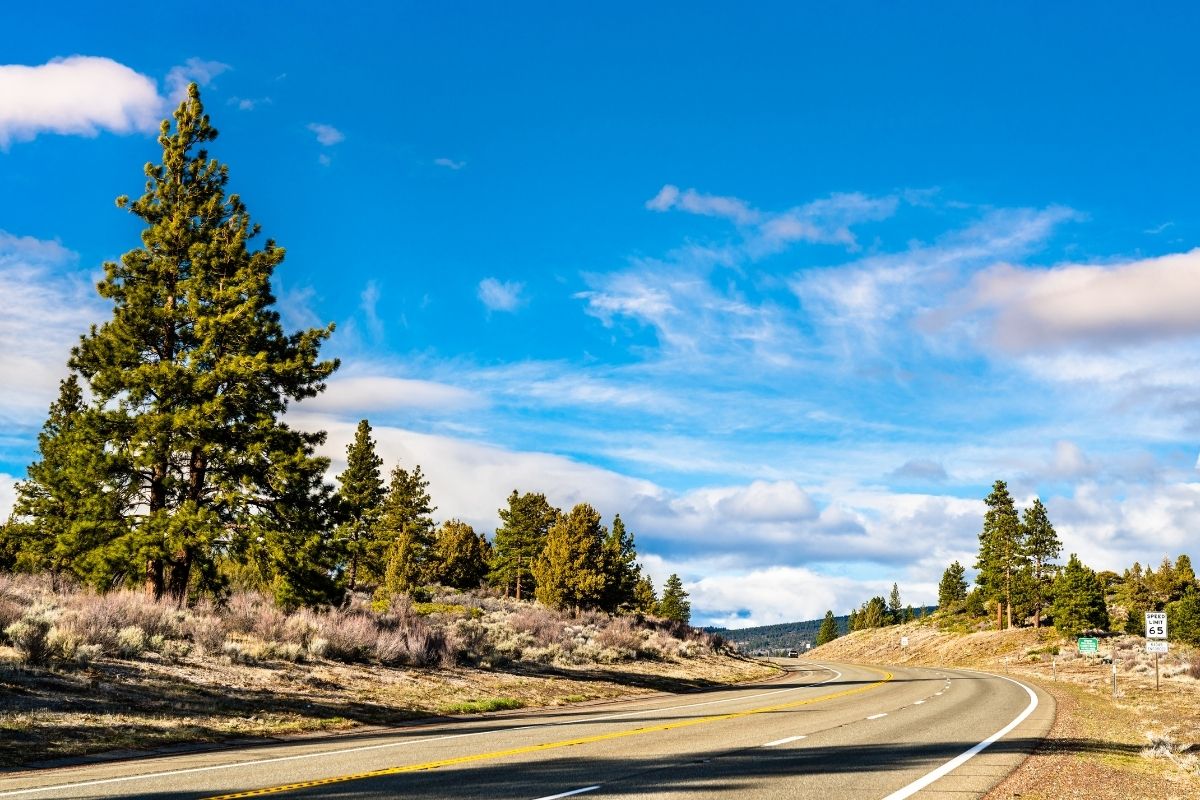 If you trek from Northern California to Southern Oregon on I-5, you’ll experience one of the most beautiful parts of the U.S. — but if you nudge just east to the Volcanic Legacy Scenic Byway, you’ll see something truly remarkable.

The Cascades have an incredible volcanic past crucial to the region’s formation, and Mount Shasta will be a continual reminder of that on this highly scenic route. If you have an inclination toward birdwatching, you’ll love the opportunities this route will give you. 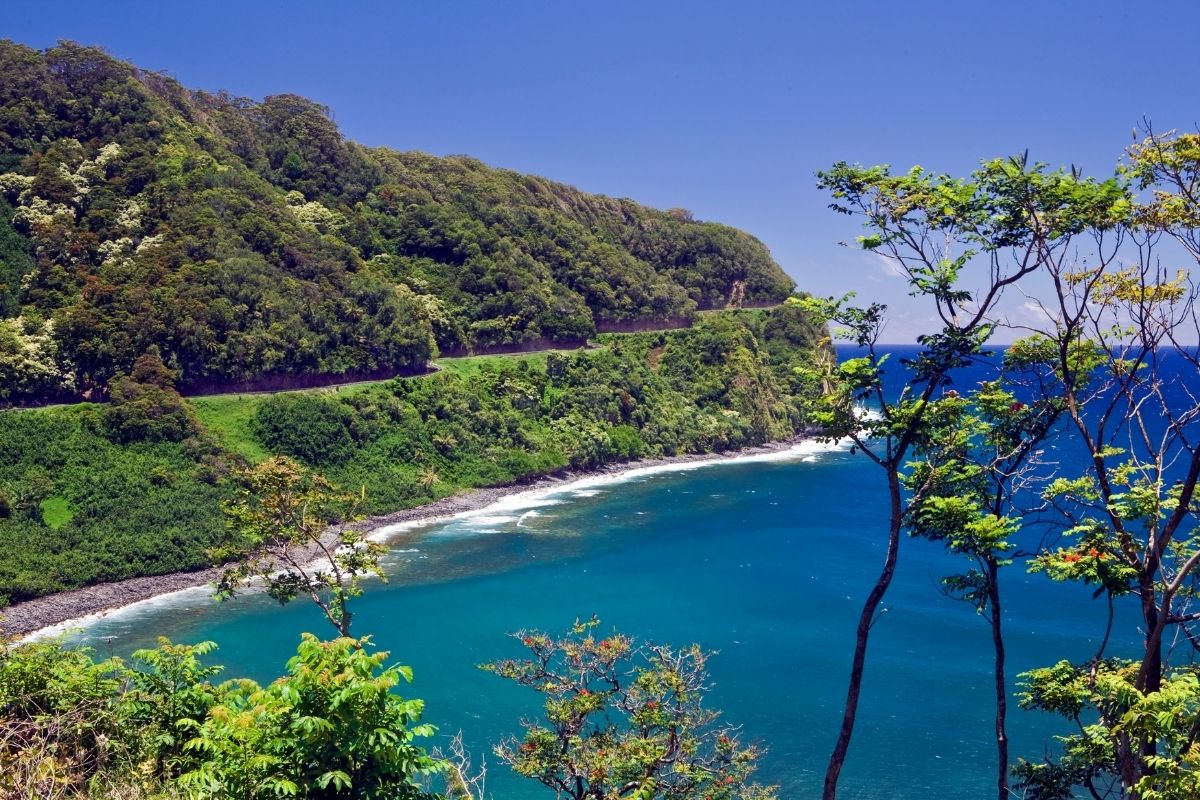 Though not technically a long road trip, the so-called “Divorce Way,” located on the island of Maui, offers plenty of tests for drivers as well as amazing views of waterfalls and the Pacific Ocean, as well as all the remarkable foliage you’d expect from a Hawaiian retreat — plus roadside food stands should you develop a hankering for pineapple along the way.

According to the tourmaui.com site, the drive includes “617 hairpin curves and 59 unforgiving one-lane bridges” plus numerous blind spots – meaning you’ll want to tackle it at a very slow and steady pace. 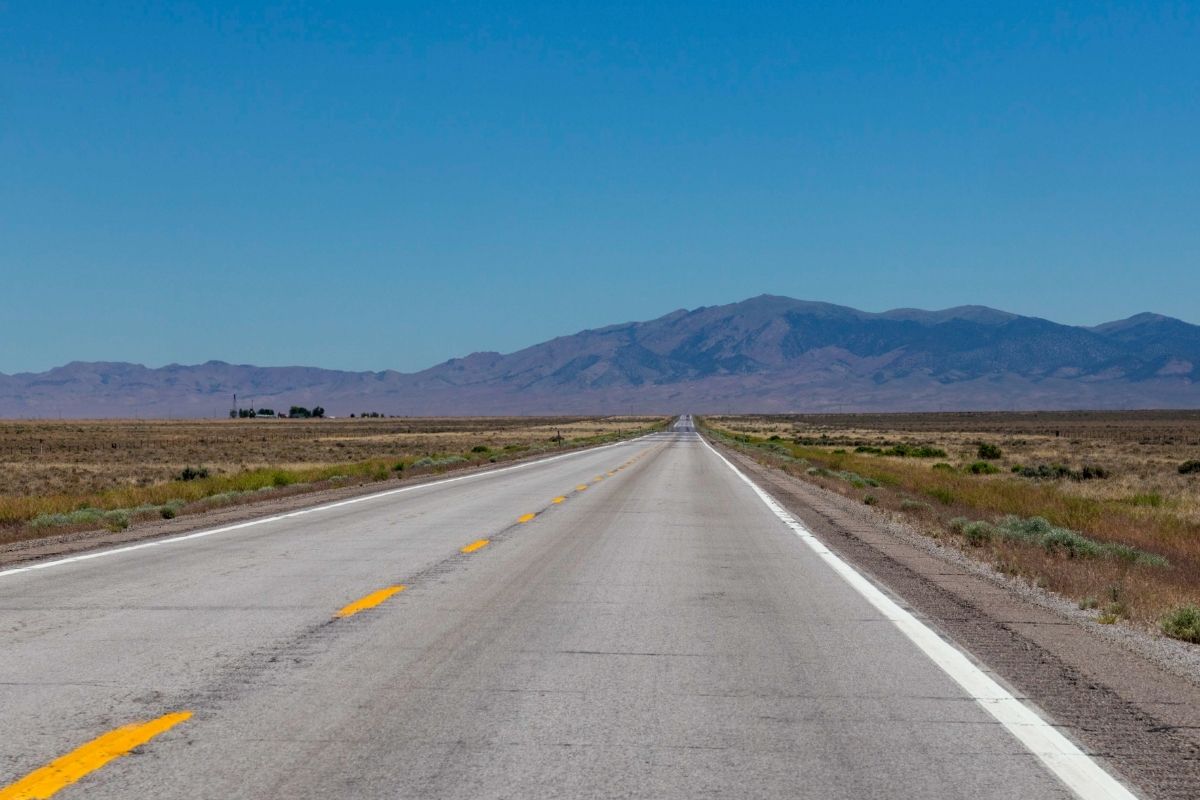 In July 1986, Life declared Nevada’s Highway 50 to be “the Loneliest Road in America” and dissuaded travelers from going there unless they were keen on testing their “survival skills.”

The fact that a Nevada tourist website boasted about that provides perspective on the Silver State mindset — which went on to wax poetic about Highway 50 — part of the legendary Pony Express route — as “a gateway to ghost towns, historic mining communities, stunning state parks, unsurpassed recreational opportunities, and a handful of authenticity-packed Sagebrush Saloons.”

It goes from Nevada’s capital to the town of Baker near the Utah border and also provides some detours for explorers who want to get even more remote. 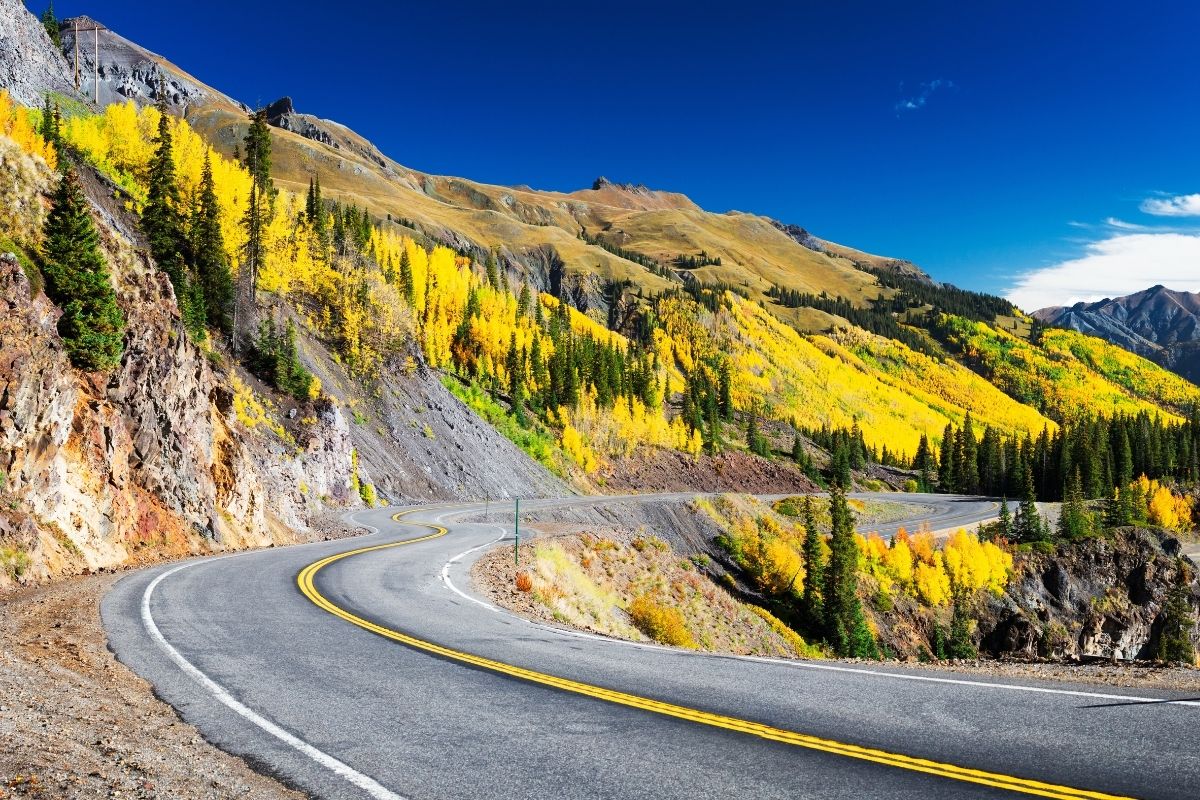 Colorado’s official website notes, of this section of U.S. 550 that goes through the San Juan National Forest, that this “canyon-clinging stretch of the spectacular roadway” is named as such “either because it cost so much to build, the amount of gold ore that remained in the roadway’s fill or the figurative price for those amazing San Juan Mountain views.”

See also  10 of the Best Hikes on Whidbey Island, WA

The Silverton to Ouray leg earned the Million Dollar moniker and is full of intense curves and dropoffs, but we recommend starting at Durango and taking in the full 81 miles to Ridgway. (Block out about two hours as you cautiously take it all in.) 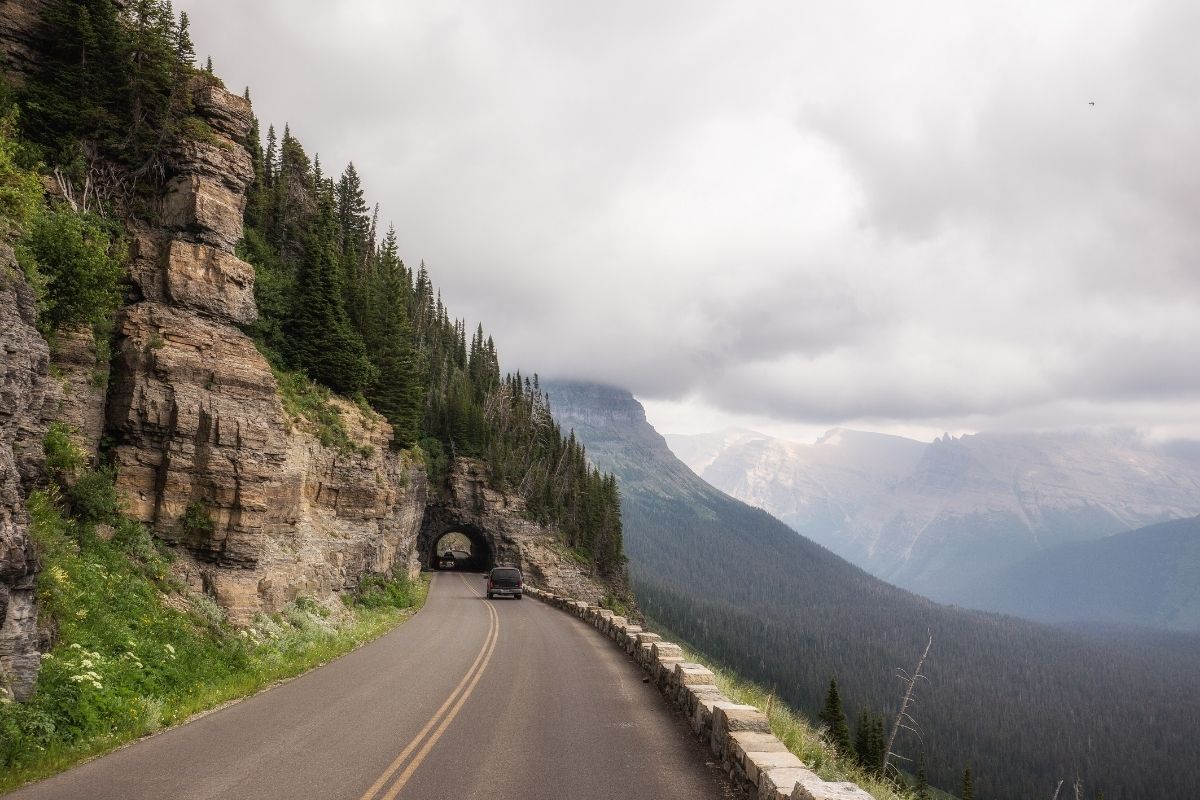 Glacier National Park is something to be experienced, and this 50-mile drive will allow you to experience it to its fullest. If you’re intimidated by mountain driving, the east-to-west route will suit you better, but if you want to be closer to the stunning scenery, head out from West Glacier to St. Mary.

However, consult the NPS’s website as you prepare – there are weather advisories and vehicle size restrictions to consider as you set out.

Trail of the Ancients 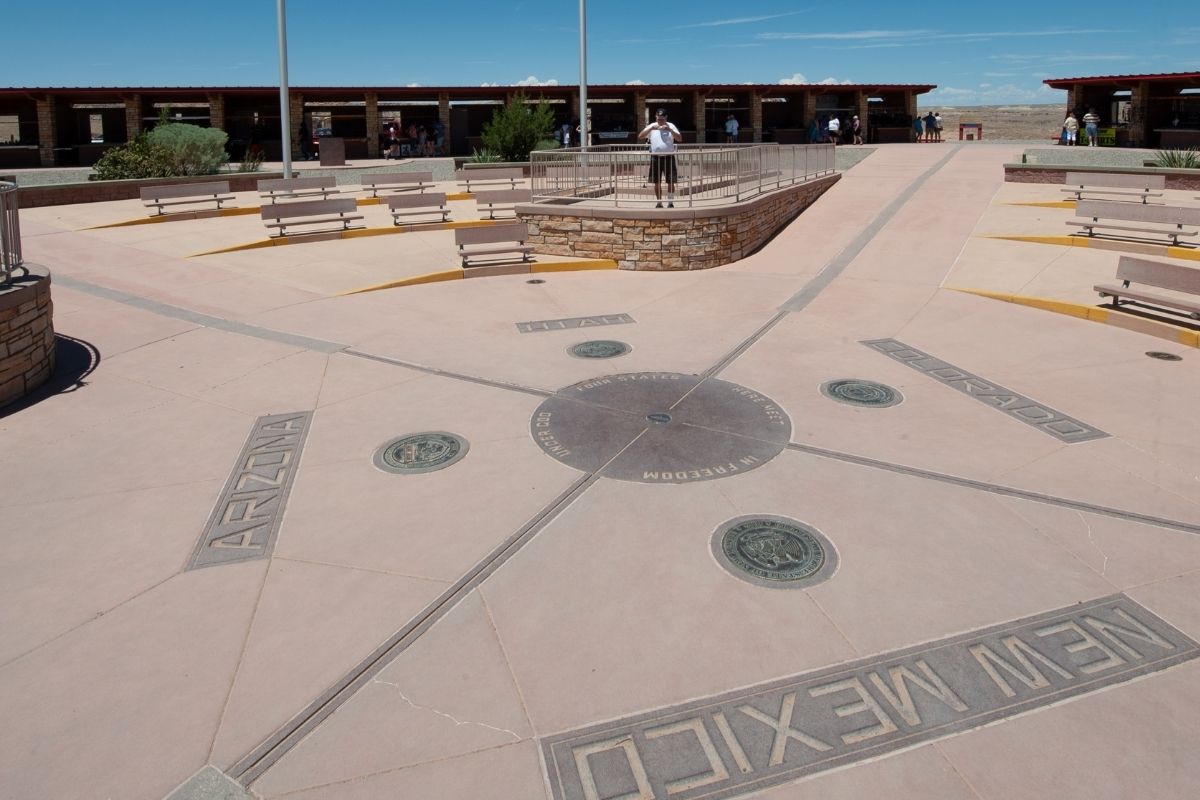 The best way to start and end this trek through Colorado and Utah’s Native American past is at the Four Corners monument, largely taking U.S. Routes 160 and 491 to visit cultural centers and archeological sites.

As a website promoting the route notes, the Trail is “the only National Scenic BywayTrail of the Ancients totally dedicated to archaeology and, unique to this byway, the traveler must get out of the car to truly experience everything the byway has to offer.”

Miles and Miles of Texas 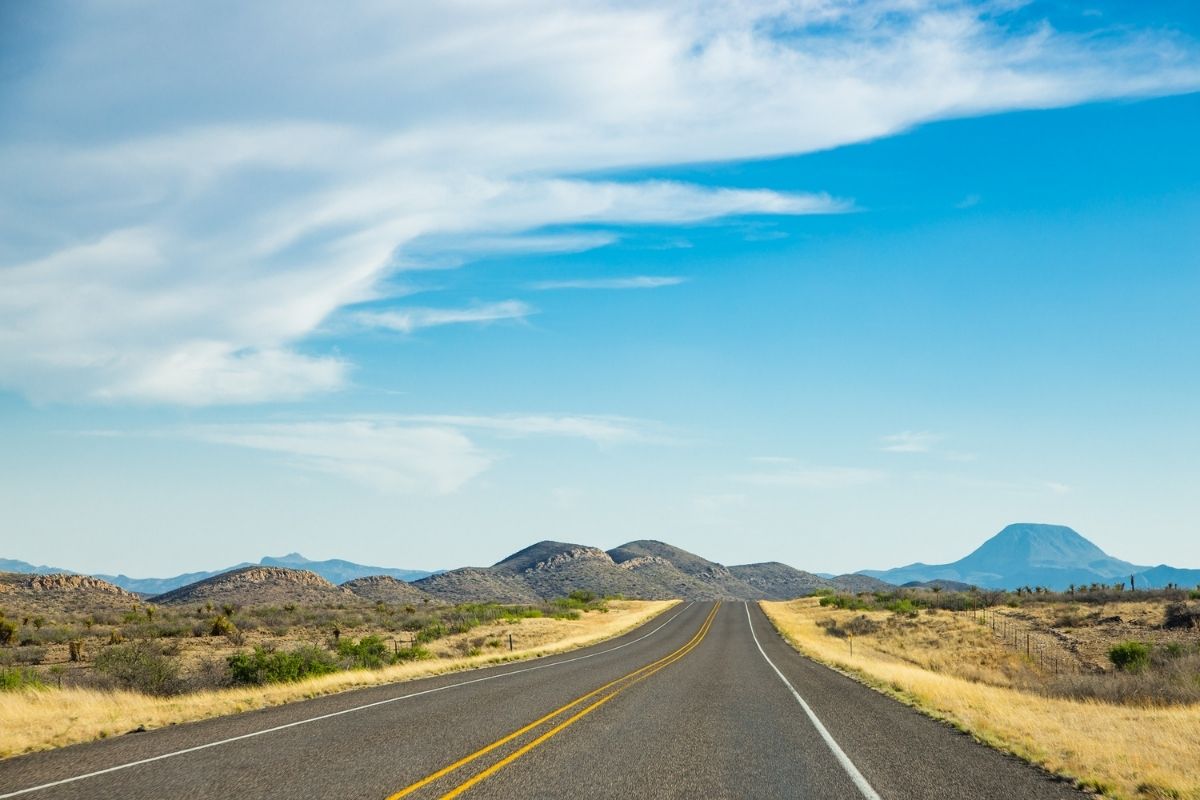 Just the Texas portion of I-10 will take you through diverse landscapes and regions, including culturally-rich El Paso, sparse West Texas deserts, the oak-speckled Texas Hill Country, and the Piney Woods at the east end of the state, not to mention San Antonio and Houston.

See also  10 Must-Visit Hawaiian Beaches on Your Next Vacation

But you can extend your tour through Texas even further by opting for U.S. 90 at Van Horn, taking in the magic of Marfa and Alpine, and then choose your own adventure as you move further east, be it the natural spring pool in Balmorhea, the German-themed town of Fredericksburg (hub of the largest American wine region outside of the Napa Valley), and an always-vibrant Austin.

The South and East 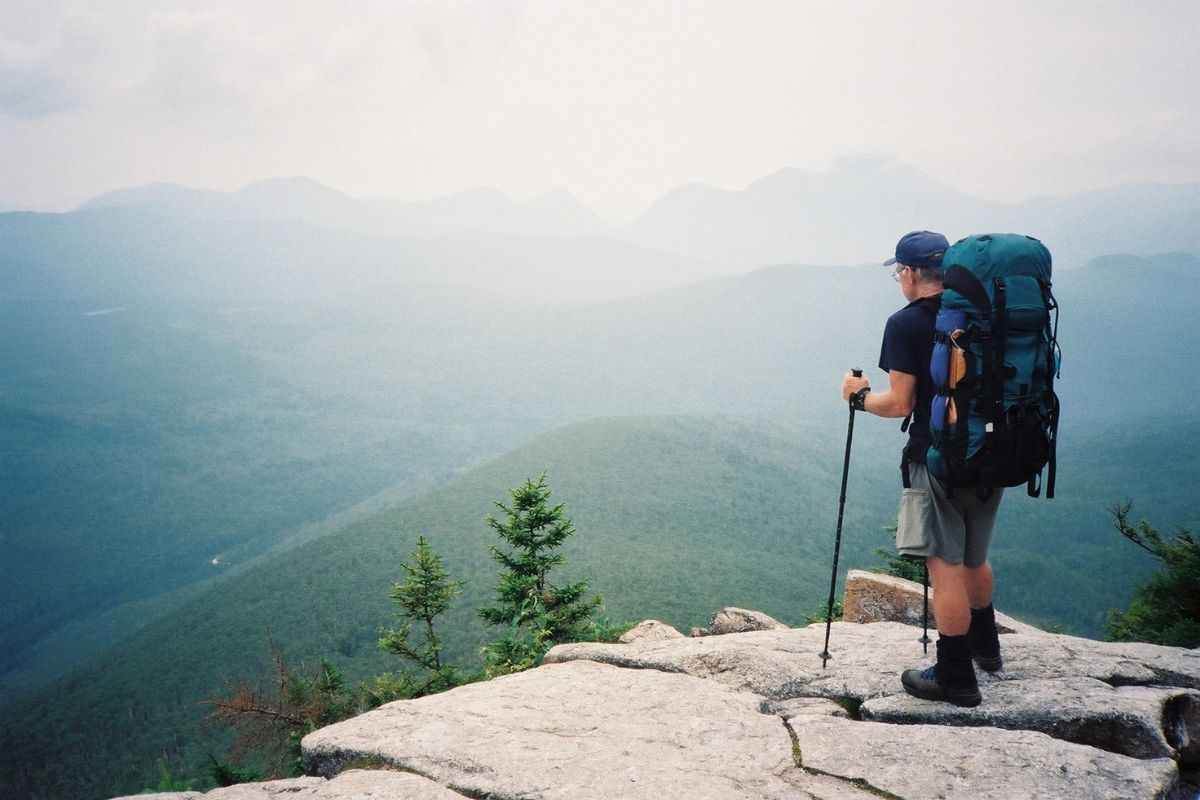 Though some adventurous travelers set out to hike the Appalachian Trail, it also makes for an outstanding road trip. Starting with Sugarloaf Mountain close to the Canadian border, the route eschews major interstates for smaller state highways, traversing 13 states in the process.

While you don’t have to press on all the way to Atlanta — the Tallulah Gorge State Park is 100 miles closer – it’ll provide a contrast from the relative remoteness of the route. 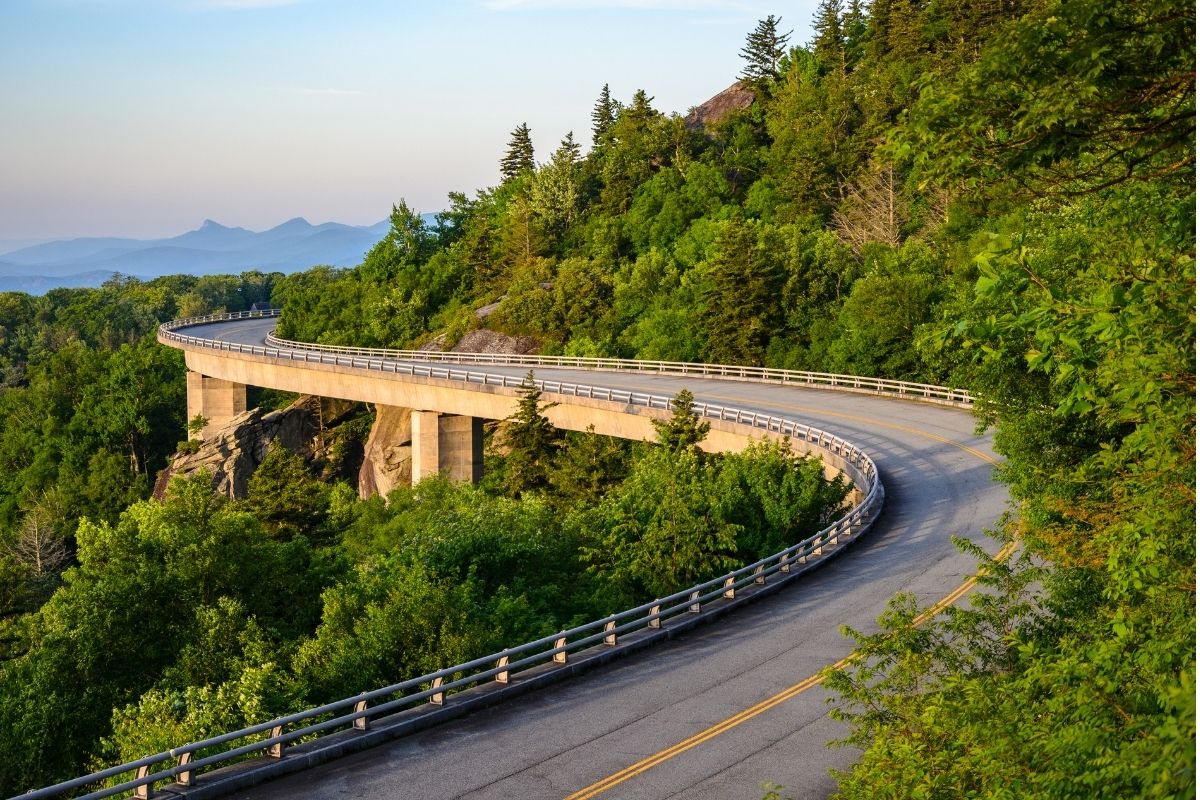 The route’s a bit tricky to stay on, following a patchwork of highways along the mountainous route, and there are opportunities aplenty to detour and explore – though you’ll want to make sure to stay on the route long enough to experience Asheville, long one of the nation’s hidden gems. 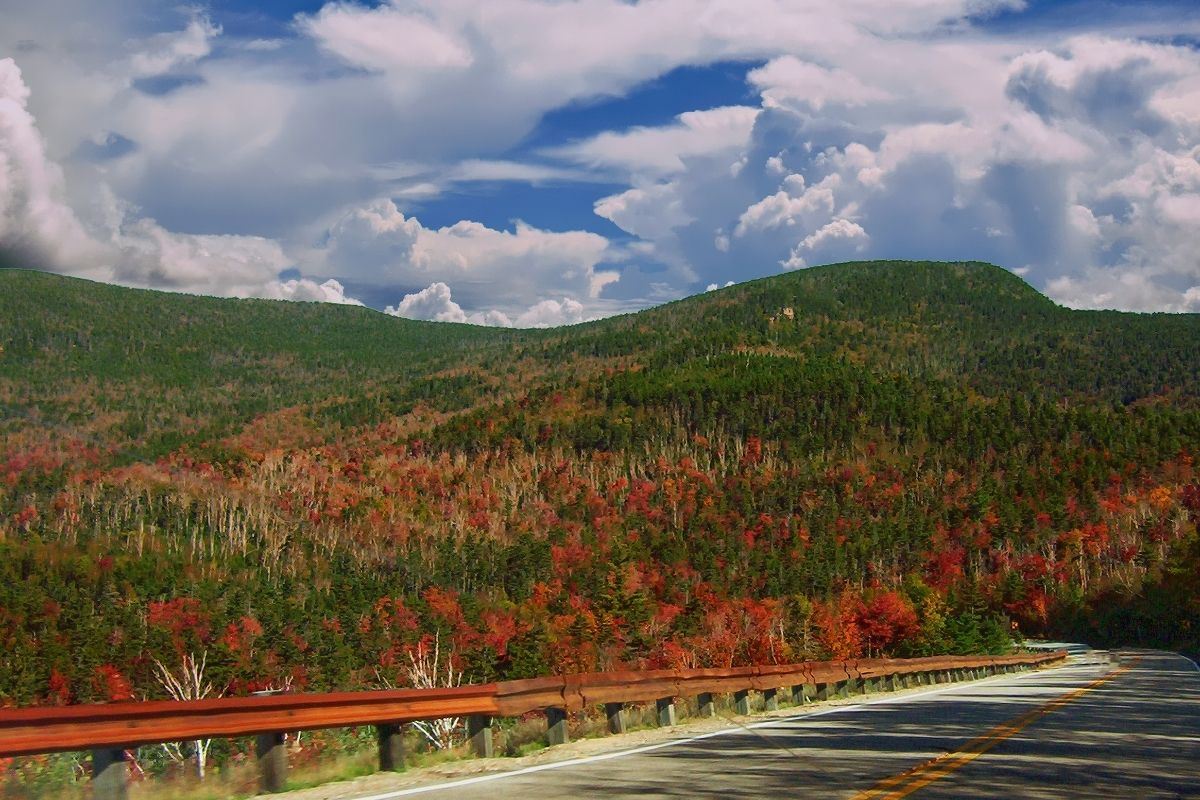 If you’re a fan of fall foliage, this stretch of New Hampshire Route 112 is the destination for you — particularly in October, when nature’s showcase is on full display. But it’s got appeals at other times of the year as well for those curious about the White Mountains.

A tourist website for the range observes, “The Kancamagus, known to locals as ‘The Kanc,’ is home to an abundance of hiking trails, walking paths, picturesque ponds, natural wonders, and many other must-see stops.”

So while it’s a short drive, it’s one where you’re likely to want to get out of the car and have a look around. 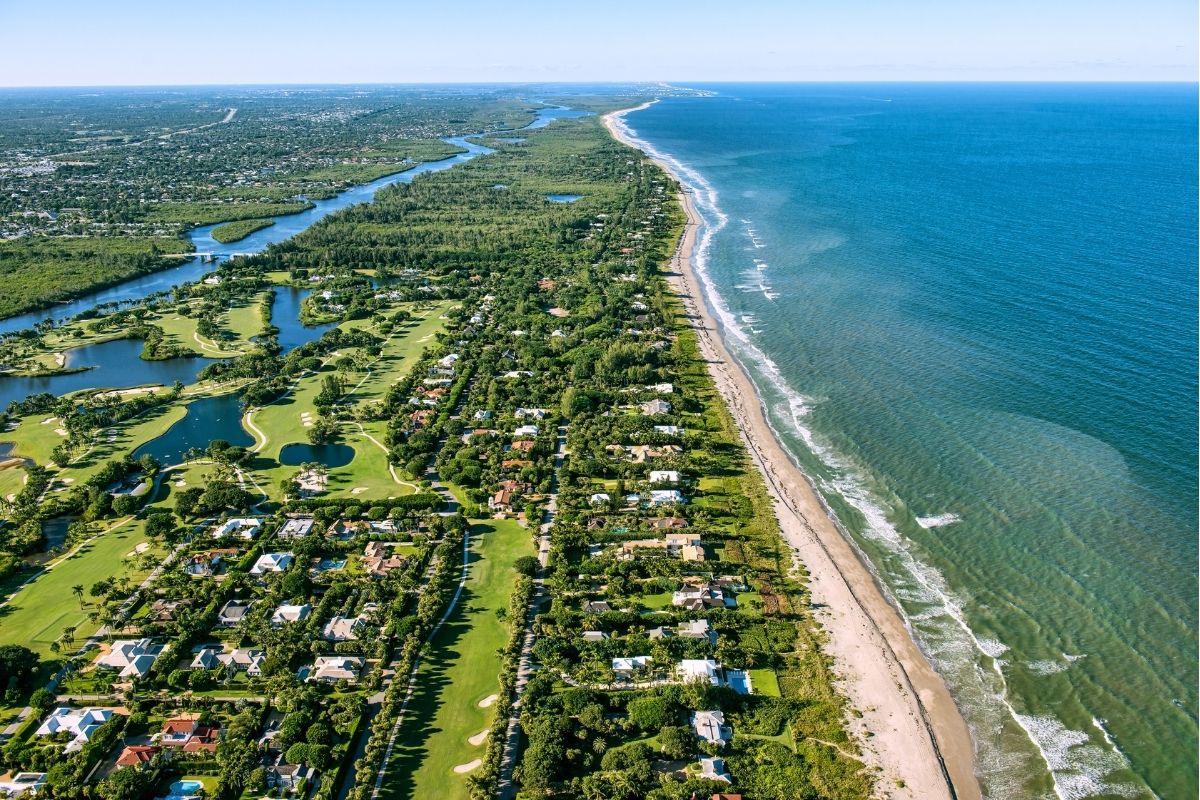 The team at Roadtrip USA cobbled together this route that allows travelers to trek from the Statue of Liberty to Key West — a route featuring a quite obvious range of experiences.

It proves that there are other ways to get down the East Coast than I-95, allowing travelers to take in Atlantic City, Cape Hatteras, and Charleston, before getting to the Florida leg, which is worth two separate entries. 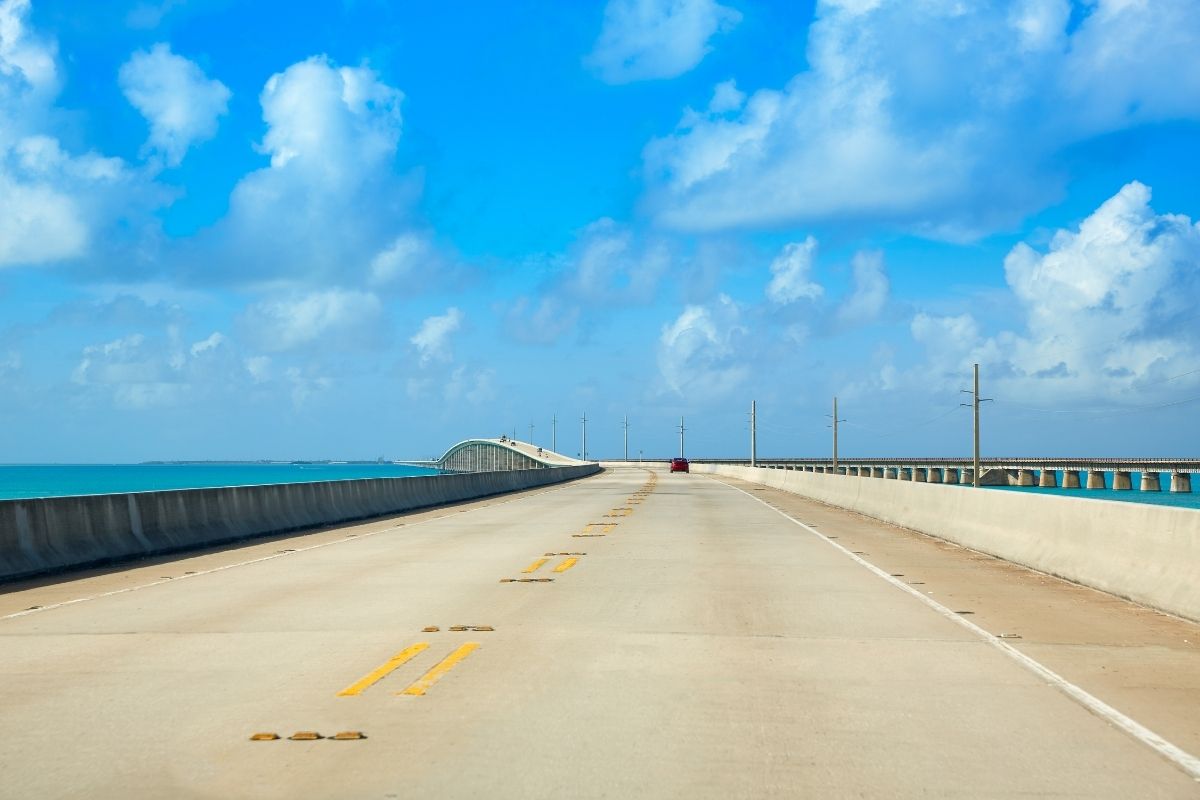 Though this highway is most known for its southern stretch — read on to learn more about the Overseas Highway — it also allows access to St. Augustine, Cape Canaveral and other points of interest along with the Sunshine State’s Atlantic-facing cities and beaches.

While the Fountain of Youth might be a myth, the Ponce de Leon-themed park in St. Augustine highlights one of North America’s oldest colonies.

See also  10 of the Best Beaches on or Near Whidbey Island, WA 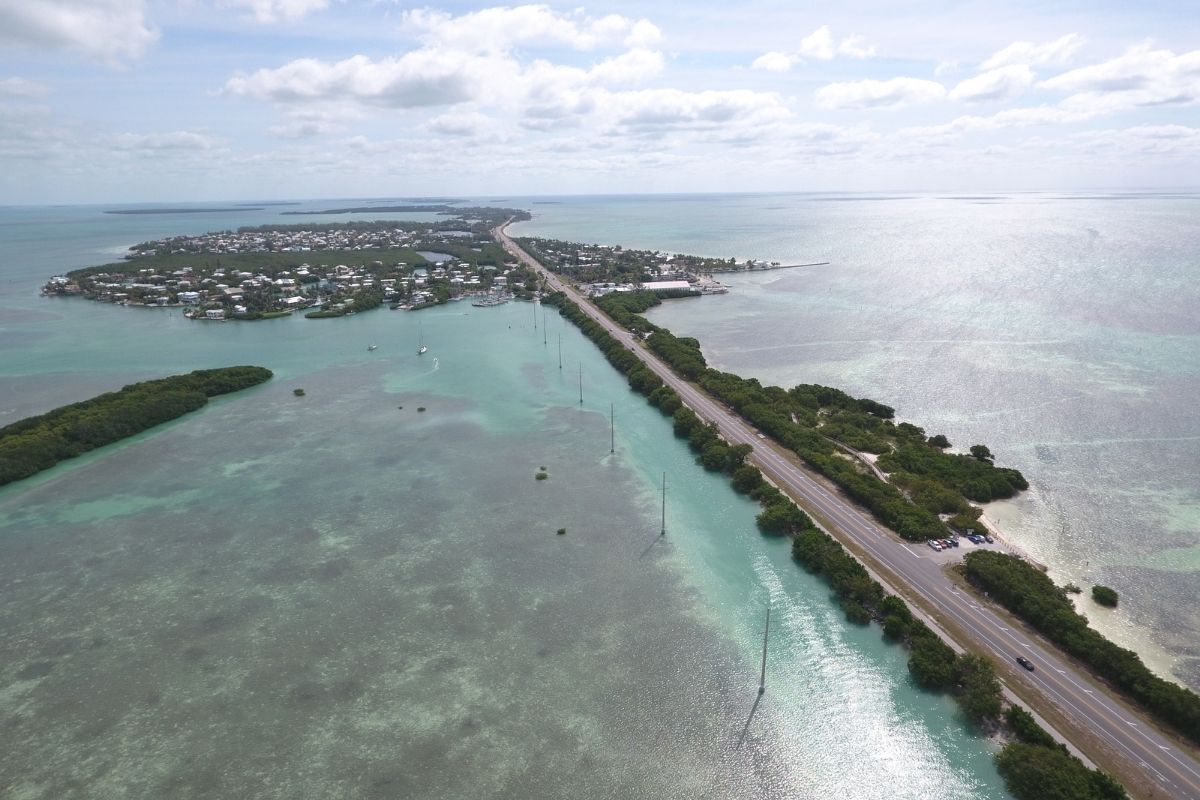 If you’re looking to find your inner Jimmy Buffett, this is the drive for you. This incredible 113-mile drive — starting just an hour south of Miami —  takes you over water via a series of 42 bridges that connect a string of islands in the Florida Keys.

As the Florida Keys website notes, this route brings visitors to “lively, picturesque communities” within the chain of islands, including Islamorada, dubbed the “Sport Fishing Capital of the World,” and Marathon, which is the launch point for the breathtaking Seven Mile Bridge. Key West, the southernmost point in the continental U.S., is infused with Caribbean influences and is a must-visit destination for many Florida travelers.