The Earth is just a small part of the universe yet is home to majestic sights and wonders (e.g. the Grand Canyon) that no one ever has or ever will fully understand.

As of 2021, an estimated three to thirty million distinct species of animals live on Earth. In addition, an estimated world population of 7.9 billion people live among them.

But where on the Earth’s surface do these living creatures make their home, hunt down their prey, or hide from human beings?

From what constitutes a coastal landform to volcanic landforms, here is a detailed look at the facts and statistics that make the world’s diverse types of landforms that transform the Earth’s crust, not only unique, but fascinating, mysterious, and fun.

What is a Landform?

A landform is a natural or artificial surface feature of a planet’s solid surface that creates its terrain. Landforms can develop from tectonic plate movement taking place under the Earth’s surface, glacial erosion, erosion by water and wind, folding and faulting, and volcanic activity and lava flow. Landform development manifests after a prolonged period—even millions of years.

How Do Scientists Categorize Landforms?

Landforms fall into various categories, and thereby smaller homogenous divisions, based on their distinctive physical features such as their:

•Locale (the location of the landform)

• Altitude (the height of the landform)

• Pitch (the grade or slope of the landform)

• Topography (the shape of the landform)

• Stratification (the sedimentary rock or soil layer of the landform)

Although the above landform features develop naturally (i.e. lava, erosion, water, etc.), landforms can also develop from the influence of biological heterogeneous factors like algae or vegetation.

To figure out what type of landform an area of terrain might be, the above distinctive physical features of the surface need consideration.

Each type of landform falls into a different class of landforms, categorized by each one’s specific physical attributes.

Depending on their characteristics, landforms can fall into one of thirteen distinct classes including, but not limited to, the following:

Read on to learn more about the four major types of landforms.

What are the Four Main Types of Landforms?

A landform can include canyons, deltas, deserts, a glacial landform, and islands. But the four major types of landforms include mountains, hills, plateaus, and plains.

A mountain landform is a colossal, rocky highland with a pointed or rounded top and sloping steep sides and is the highest landform on earth. A series or chain of mountains close together is called a mountain range.

Areas of the earth’s land surface that rise a minimum of 1,000 feet (300 meters) or more above the land surrounding it classify as a mountain according to most geologists. Most mountains form when plates—or pieces of the Earth’s crust—collide with each other during an event called plate tectonics.

Did you know that mountain goats are not goats, but antelopes? They can climb higher than people and on the steep slope of a mountain because of their distinctive cloven hooves with two padded toes that can easily spread wide to increase their balance and significantly improve their grip.

The higher one travels on a mountain, the scarcer the oxygen, colder the temperature, and starker the sun, thereby substantially changing animal habitats. Environmental conditions cannot support plant life past the mountain’s tree line—or the point on a mountain where trees cease from growing. As a result, many animals make their home in lower altitudes; only a select and hardy few can live twelve months above the tree line.

Not only do the Himalayas have thirty of the world’s highest mountains, but they began forming when the process of plate tectonics occurred over fifty-five million years ago.

Here is a list of fun facts and statistics about mountain landforms:

• Even though it looks like a floating glacier in the clouds, Mount Everest is actually the highest mountain on earth at 29,035 feet (or 5.5 miles) above sea level.

• The planet, Mars, has ten of the tallest mountains in the solar system, including Olympus Mons which is 15.5 miles tall.

• Mountaineering became more popular post World War II due to the unique preparation and equipment the Europeans developed for their soldiers navigating the Alps during war.

• Before the technological age of today, geographers measured mountains through a process called triangulation, which consisted of measuring the mountain peak from various observation spots.

The mid-ocean ridge is the most expansive mountain chain on Earth and runs 40,390 miles–90% in the deep part of the ocean.

Examples of mountain landforms around the world include, but are not limited to:

Hills have many similarities with mountains, but they are not as steep nor as tall as their elevation typically falls under 3,000 feet. However, like mountains, hills have a higher elevation than their surrounding land and have sloping, steep sides.

Hill landforms can develop in a number of diverse ways. One way is by a melting glacier, and their tendency to dig up ground as they shift. Another way is via water currents and the dried-up water, which creates hills. Finally, hills can also form from erosion and deposits, as well as the wind and rain.

Many animals that live on hill landforms also live on mountain landforms. However, some other animals include:

While a hill supplies an ideal place to get a pleasant view, sometimes the pleasant view can be found in the hills themselves. For example, Mount Rushmore makes its home in South Dakota’s Black Hills, while there are hills in the Philippines called the Chocolate Hills that look like Hershey’s kisses.

As hills are primarily categorized with an elevation no more than 3,000 feet, here is a list of three hills around the world and their elevations:

Plateaus are incredibly unique landforms in that they are high plains, (also known as tablelands) or areas of highland consisting of flat terrains significantly raised above the surrounding area. There are two types of plateaus depending on how they formed—volcanic plateaus and dissecting plateaus.

A variety of different processes can influence the development of plateaus such as the flow of volcanic magma, discharge of lava, and erosion caused by water and glaciers.

The raised, flat highlands of plateaus take millions of years to develop and can spread over hundreds or even thousands of kilometers.

Did you know a plateau landform in South America inspired Arthur Conan Doyle’s The Lost World (UK)? The harsh environment of Monte Roraima, a sandstone plateau that sits on the border of Brazil and Venezuela, is home to one-third of the mountain’s indigenous plant species.

Read on and learn more about other interesting plateau landform facts and statistics.

• “Table Mountain” is South Africa’s more famous landmark and most photographed attraction and has millions of visitors every year who reach its top by cable car.

• The highest African plateau, found in Ethiopia—the Ethiopian Highlands—forms the largest continuous area of its altitude on the continent, thereby giving it its nickname: “The Roof of Africa.”

“The Roof of the World,” the “Colorado Plateau,” and the “Polar Plateau” are just three of the world’s most famous plateau landforms on the Earth’s surface. Here is a brief summary of their location and approximate size.

• Tibetan Plateau (“The Roof of the World”)—Southwestern China/area of 970,000 square miles.

Plains simply consist of large areas of flat, sweeping landmass. Often covered in grass and low in elevation, plains are one of the Earth’s four major landforms. This type of landform is the most suitable for civilization and agriculture purposes, such as farming, then plateaus, mountains, or hills.

• It must be flat, broad, or slightly rolling land

Plain landforms are postulated to have developed in a variety of ways. Sometimes they form from layers of sediment deposits in the area from hills and mountains by ice, water, wind, and erosion. Other times, plains develop when the lava from a volcano flows across the Earth’s surface.

Thousands upon thousands of species of animals live in plain landforms around the world.

In North America, these types of animals include such creatures as the fox, pronghorn, bison, black-footed ferrets, antelope, and grassland birds.

In Africa, zebras, elephants, lions, and rhinos roam the plains.

Plains exist on every continent and cover more than one-third of the world’s landmass.

Continue reading to dive in and discover more facts and statistics about plain landforms.

• The Native American word for plains is “savannah.”

• Plains surround the majority of the world’s rivers and smaller bodies of water. A coastal plain lies next to the ocean.

• In North America, some plain landforms may also be called “grasslands,” and are referred to as “prairies.” These plains typically have frigid winters and hot summers.

• A tropical grassland plain is a “savannah,” and is typically warm all year long.

• “Tundra” are plains in the arctic.

As every continent has plain landforms, here are examples from each of them: 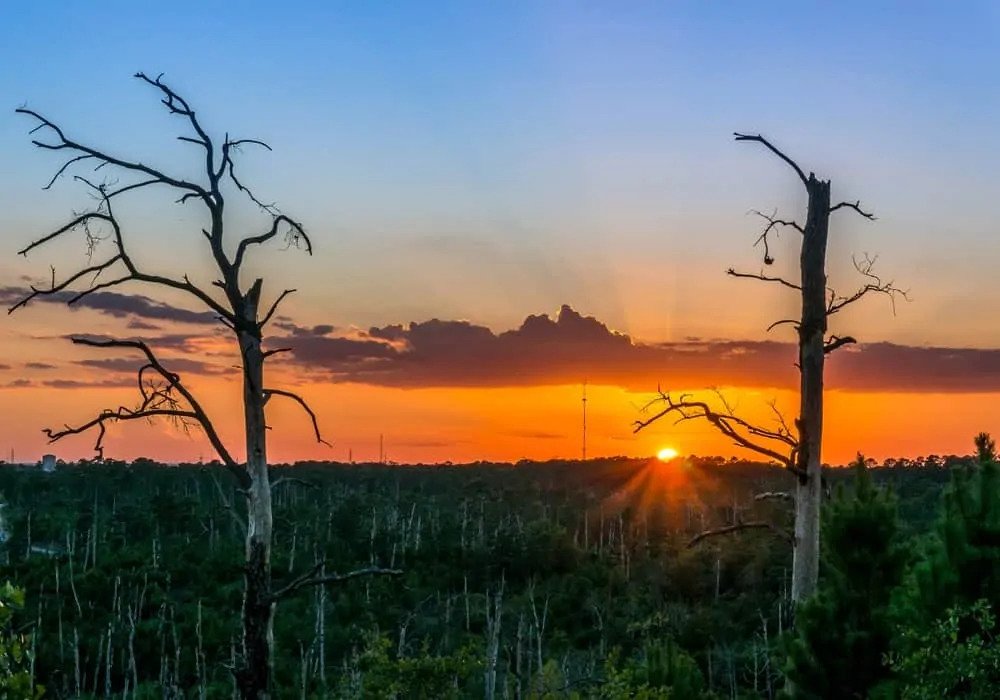